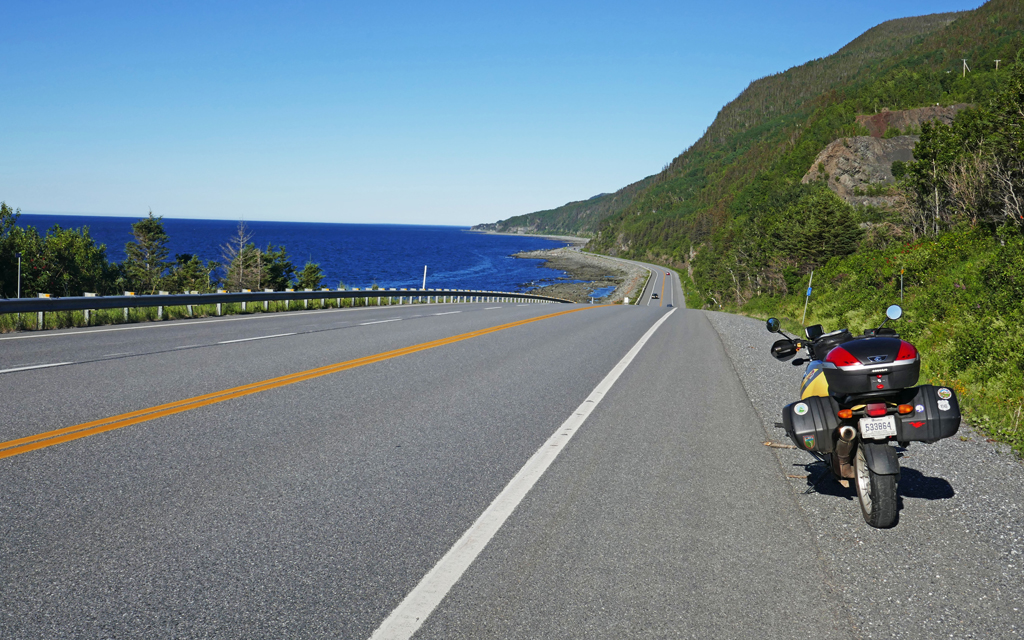 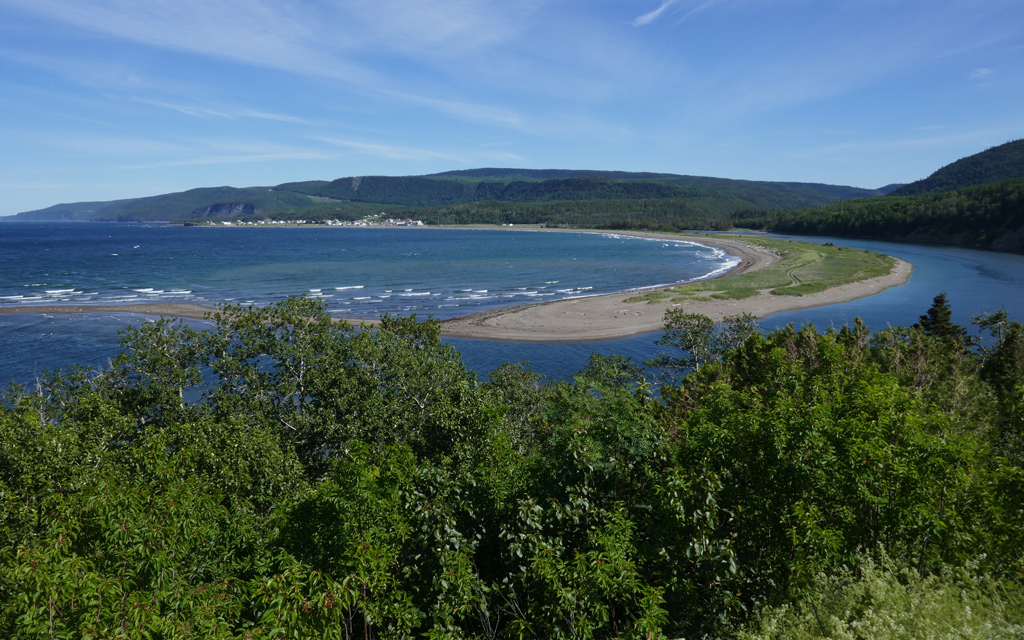 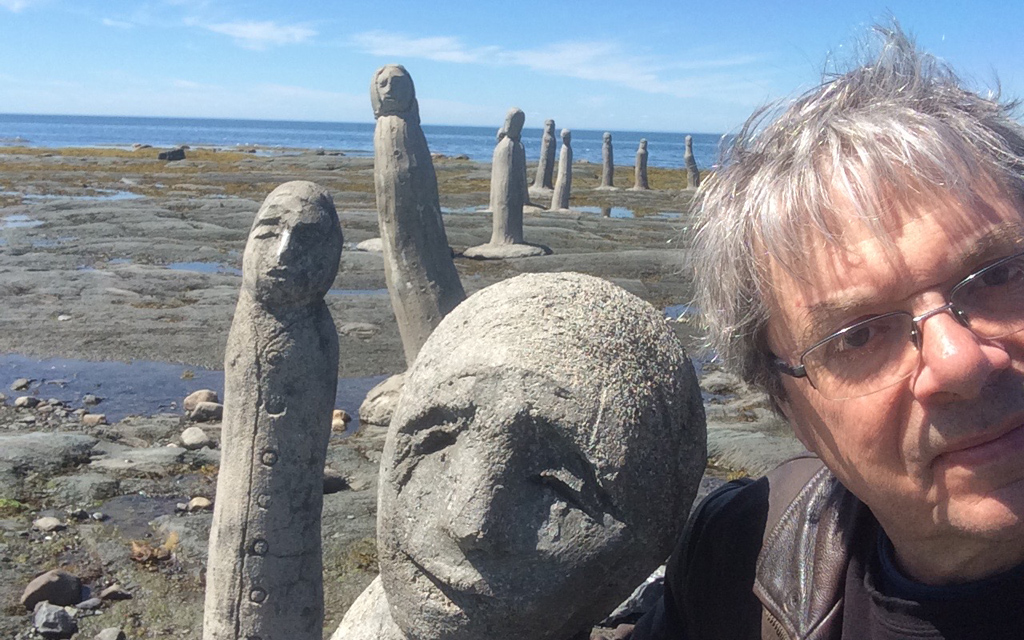 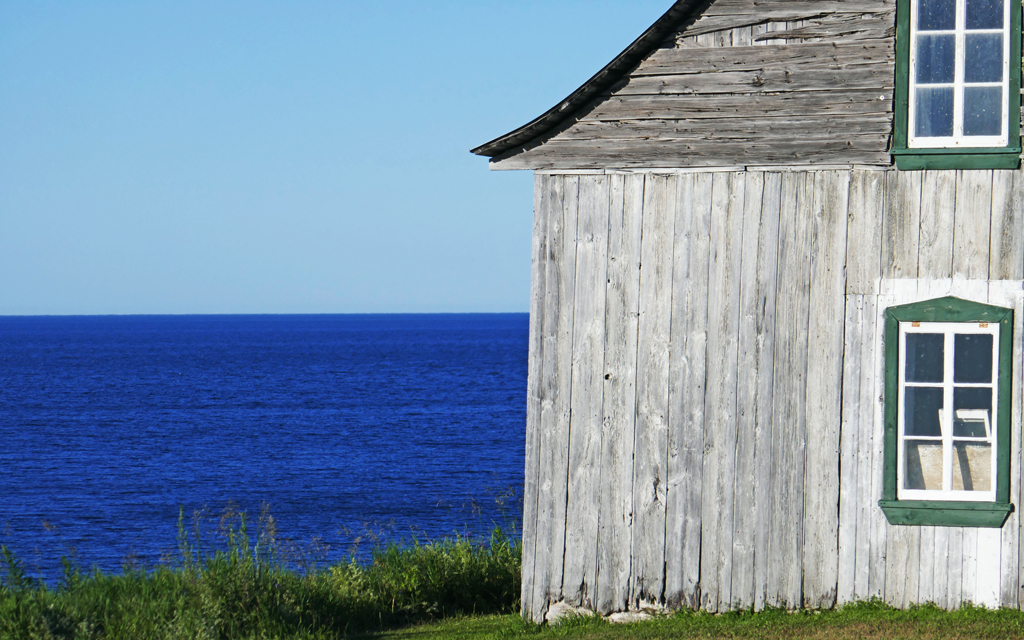 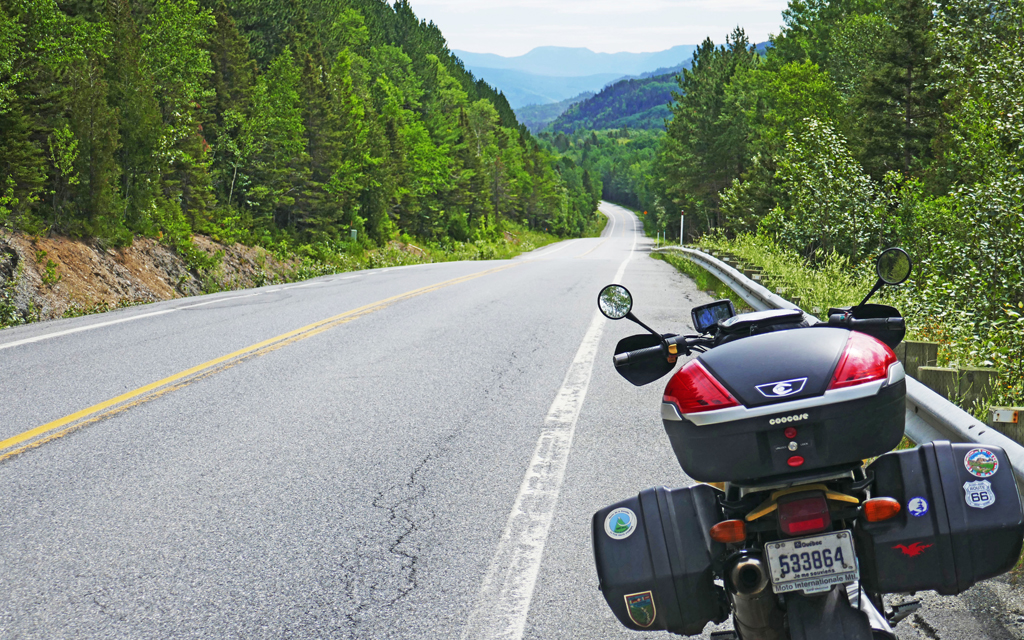 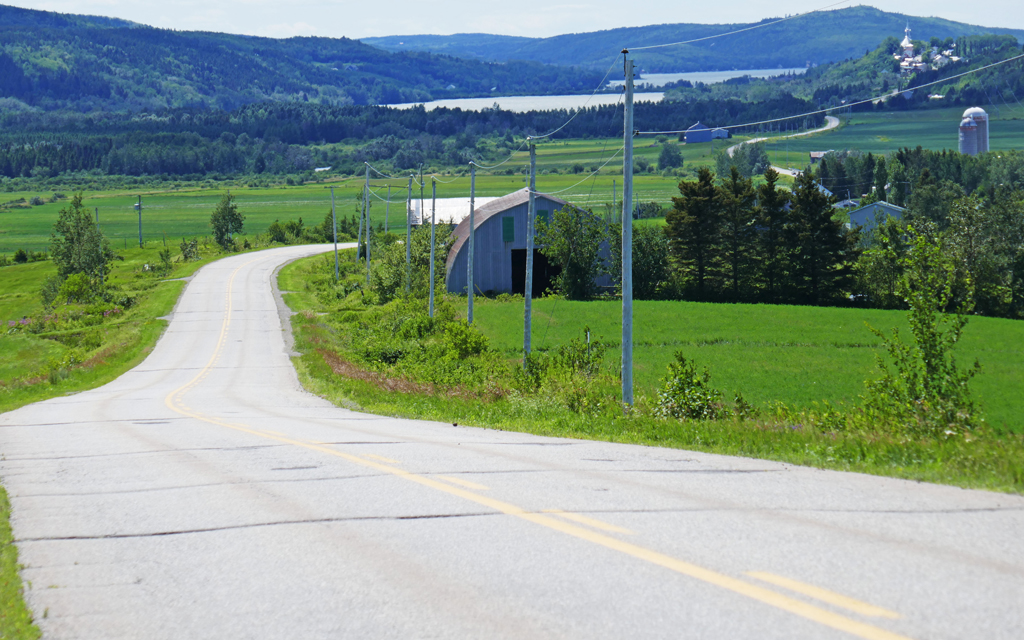 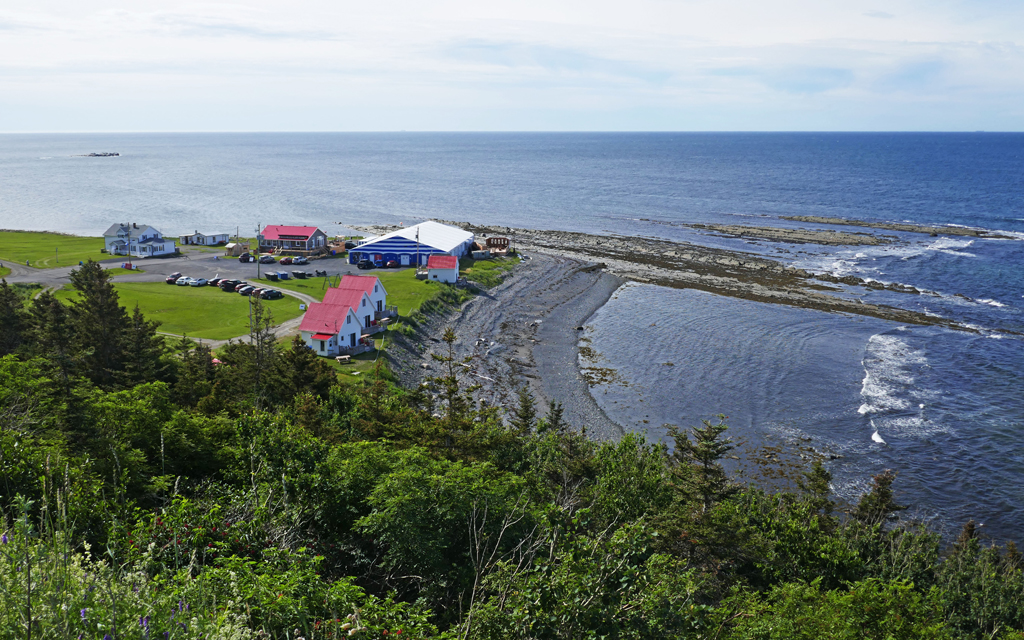 The first time I went to Gaspésie was with my Boy Scout troop. I was 14. We went around the Peninsula aboard a yellow school bus. I remember that our driver was named Gilles because we adapted a song especially for him; Gilles became the heavy drinker hero of the song Chevaliers de la Table ronde (Knights of the Round Table). We thought we were wildly funny.

The other vivid memory I recall from this early-age trip, even more than the landscape and the colour of the ocean, is the people in small sales stands alongside the road. On numerous occasions, Gilles stopped the bus so that we could chat with them and buy souvenirs. I remember cheerful men, who seemed poor to my kid’s eyes, selling small wooden boats that even had wooden sails. There were also stands managed by women, as cool and as likable, selling big loafs of homemade bread cooked on the spot in a wood- burning stone oven. We bought some quite a few times; back on the road, we passed the hot bread to one another tearing out big chunks that perfumed the whole bus. And then we sang Gilles a song to thank him.

I also remember the Percé wharf and the fishermen taking cod out of their small boats, and the Percé Rock, of course. This adventure in the yellow bus left me with a strong taste for travelling and discovery.

The second time I went to the Gaspé Peninsula, a few years later, I was riding a motorcycle. I strapped an old canvas backpack on the rear of the seat of my two-stroke Honda MT250 and left my home town, Trois-Rivières, with some sort of a plan. Since I did not have a tent or money to pay for lodging, I had decided to ask for hospitality on the way. I was looking for houses with farm buildings at the back. I would then knock on the front door, and ask if I could please sleep in the barn. And people accepted! The following morning, when I went by to thank my hosts before hitting the road again, with pieces of straw still clinging to my hair, they often invited me to come in and share breakfast. A few times, I was even invited for dinner and offered a room for the night.

That’s how I first fell in love with Gaspésie and its people. But, of course, you have to add to that the seaside, the roads and spectacular landscapes. That’s why, since that first motorcycle trip, I have gone back at least 20 times, on my own or with my wife, on two or four wheels (but always spending the night in a motel or cabin).

My last jaunt was last summer, at the beginning of the COVID lockdown lifting, and just before the overcrowded tourist period of the Construction Holiday.

The context was peculiar. In mid-July, motels were open but most restaurants were either closed or fully booked because they were running at half their usual capacity. But I had a solution: buy a fine bottle of wine, smoked sturgeon and crackers, and enjoy the sunset on the beach with a fine feeling of euphoria on the rise.

Despite the inconveniences caused by the pandemic, it took me no time to reconnect with the kindness of the people, the magnificent seaside roads and the superb landscapes. The National Geographic repeatedly listed Gaspésie in its top 20 locations, and even top 3 greatest destinations in the world. We are lucky that it is so close to home.

As a biker, the section of Road 132 from Ruisseau-Castor to Rivière-Madeleine is my favourite. Even the names of the villages are remarkable: Cap-au-Renard, Ruisseau-à-Rebours, L’Anse- Pleureuse, Manche-d’Épée. My approximate translation would be: Beaver Brook, Madeleine River, Cape Fox, Reverse-Flow Creek, Weeping Cove, Sword Handle . . . This exceptional road is squeezed tightly between the base of the cliffs and the ocean. Every 10 or 15 km, there is a charming little village along a cove. All of these coves are at the end of a valley with a river at its bottom — and a country road that allows you to go inland. It’s cool to ride these small roads until you have to turn around. Often times, you can come back on the other side of the river.

And as you get closer to the village, you are greeted by the perfect blue of the ocean on the horizon.

I also love the Cascapédia Valley Road, the 299. That road starts in Sainte-Anne-des-Monts and leads to the Gaspésie National Park where you can stay at the chic Gîte du Mont-Albert or climb to the top of the spectacular Mont Jacques-Cartier (1270 metres). But the section I particularly enjoy is the one that goes down south 100 more kilometres to reach the Baie-des-Chaleurs (Chaleur Bay). The 299 is sparsely populated and much less travelled than the Matapédia Valley road. It runs through the magnificent Chic-Chocs Mountains, there are plenty of curves, the scenery is impressive and there is a lot less traffic. Perfect indeed for motorcyclists.

To reach the Gaspésie, you have to go through the Lower Saint Lawrence, a region that also has a lot to offer. From Kamouraska to Matane, the road alongside the river is beautiful; it’s also interesting to go inland from time to time to enjoy the fine undulating country roads.

Let me conclude on a musical note by emphasizing how much Gaspésie is an inspiring place that stimulates creativity. The Peninsula has always been known for singing and songwriting. I went to the Petite-Vallée Festival numerous times, on my motorcycle, of course, to follow songwriting classes and workshops. And each time I go back to Gaspésie, I find new lines while riding. Last summer, the beauty of the scenery combined with the strangeness of the circumstances inspired me to pen the following :

It’s no use planning too too too much because things keep changing !

Main picture: This is the section I enjoy the most. It starts right here, all of a sudden, just east of Ruisseau-Castor, and it goes on and on !