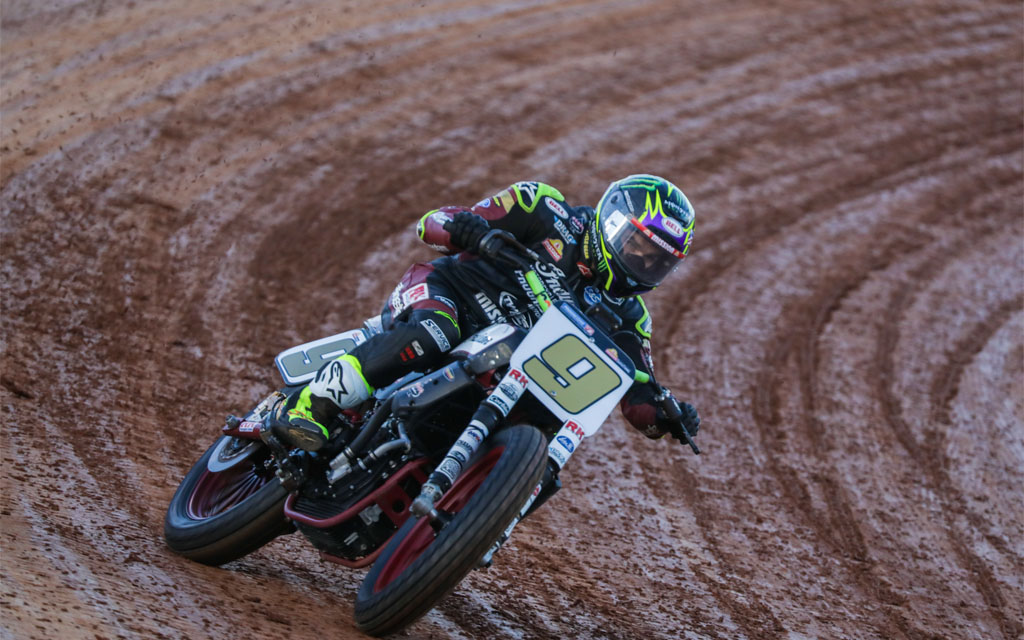 Entering the 2021 AFT SuperTwins finale, Mees lead fellow Indian Motorcycle Wrecking Crew rider, and two-time defending champion, Briar Bauman by a mere four points. Following a complete red flag restart in the Main, it was Bauman who established himself with the early lead, while Mees ran comfortably in second. Though after hitting a wet section on the track, Bauman’s bike clipped a hay bale and sent him over his bars. With nowhere to go, Indian Motorcycle privateer Sammy Halbert crashed into Bauman’s bike and went flying into the air. Halbert was taken to a nearby hospital via ambulance, while Bauman joined the restart on his back-up bike, but eventually decided he was physically unable to compete and pulled out of the race – ultimately crowning Mees as the 2021 SuperTwins champion.

“First and foremost, we wish Sammy and Briar a speedy recovery. It’s an unfortunate way to end the season, but we know these guys are warriors and will be back stronger than ever,” said Gary Gray, Vice President Racing, Service & Technology. “We also want send a huge congratulations to Davis Fisher and his team, as they put in incredible work and truly deserve this victory. We also cannot say enough about Jared Mees – a true competitor in every sense of the word. Congrats on number seven, Jared.”

The 2021 championship could perhaps be Mees’ finest performance, as he battled through adversity following mid-season knee surgery. Costing him critical points in the season standings, Mees continued to train hard and ended the season by winning five of the last seven races. With 60 career wins, seven championships, and multiple records, Mees is now just two championships from reach his career goal to meet Scottie Parker’s record of nine championships.