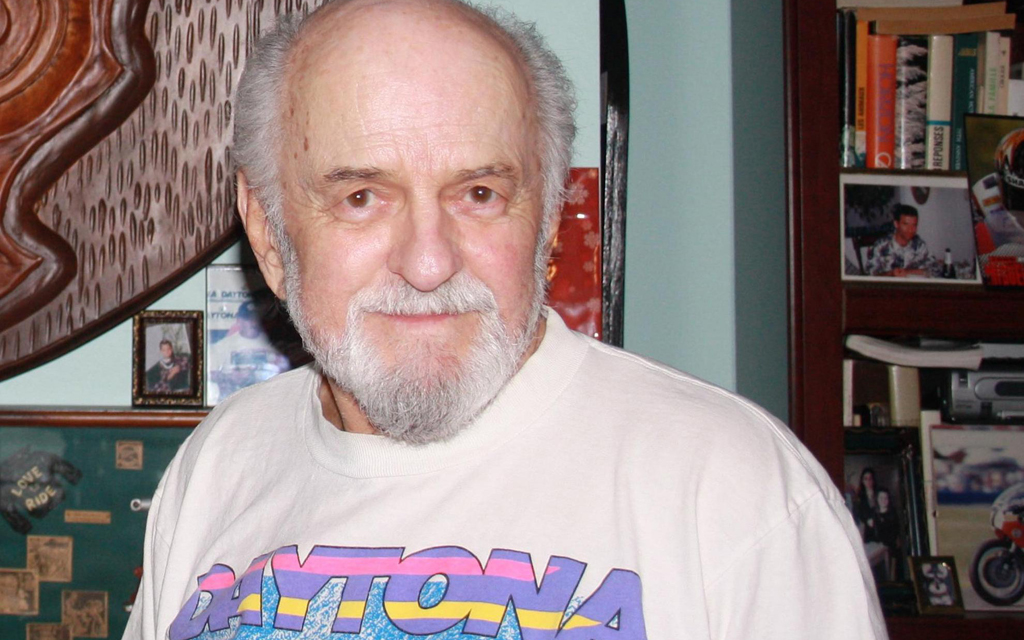 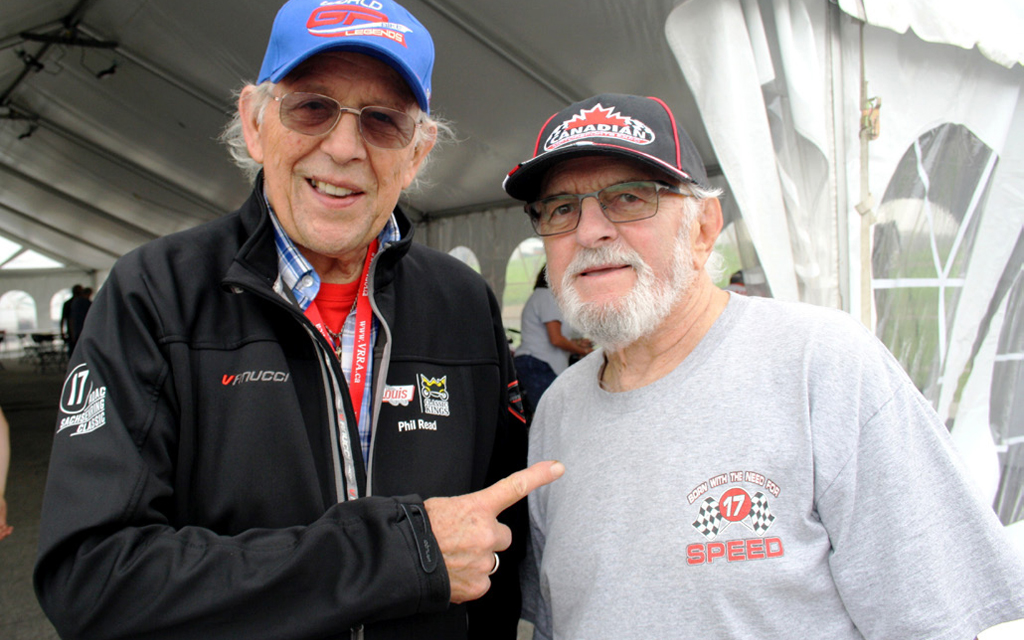 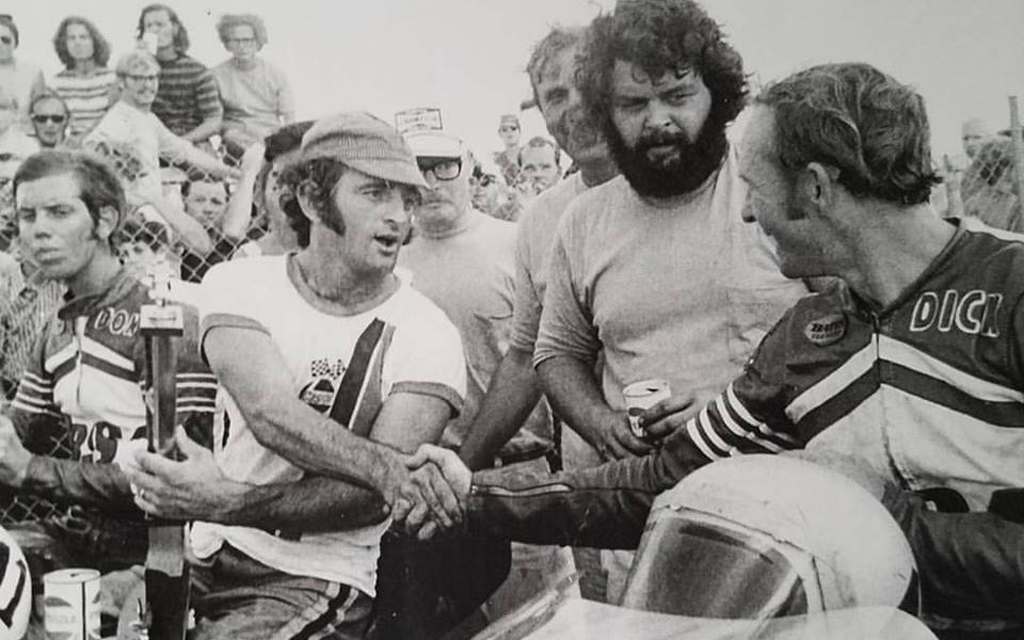 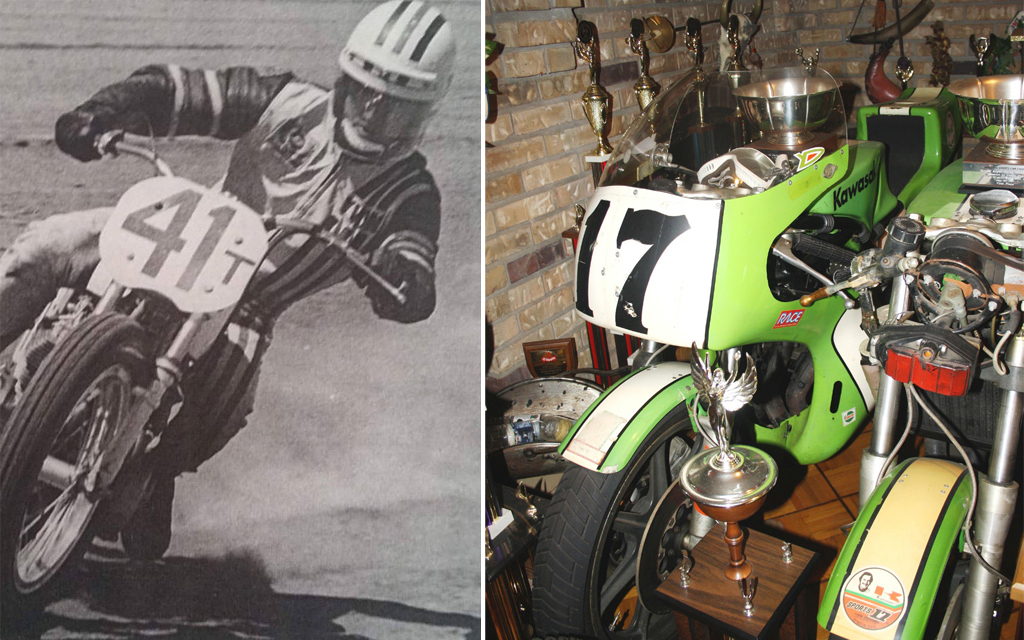 Yvon Duhamel is the father of Canadian motorcycle racing

We will no longer see his famous # 17 on the green Kawasaki, his smile with always a joke to say, but above all, his fabulous determination to win. Yvon Duhamel died on August 17 in Montreal at the age of 81.

Yvon Duhamel is the leader of Canadian motorcycle racers. He also raced in Europe where he was very popular and famous for his determination as well as for his charisma and humour off the track. He raced in the Continental Circus. And like Gilles Villeneuve, he contributed to spreading the colourful Québec language overseas as well as a positive image of Quebeckers in Europe.

Yvon Duhamel was born in Montréal on October 17, 1939. He fell in love with two-wheel machines very early and he even opened a small moped shop at the age of 13. He was selling Whizzers, a California brand, and he got hooked riding them around in Montréal. He added one year to his age in order to have the right to ride. At 16 (so 15 in reality), he bought his first real motorcycle, a 1952 Triumph T500. He was known as the Marlon Brando of Ville-Émard because he would dress like his hero from the movie The Wild One. In those years, he met his wife and life partner, Sofia. Yvon started competing in 1957 by entering ice races on the lac des Sables, in Sainte-Agathe-des-Monts. The next year, he tried dirt track on a borrowed motorcycle. In 1959, he entered his first road race, on the Saint-Eugène track, near Rigaud (by the Québec-Ontario border) on the # 485 BSA.

In 1962, Yvon raced for the first time in Daytona. He finished 11th out of 100 participants in the Amateur class on a BSA Gold Star. He then started collecting victories in North America and had an amazing career in Europe in the Grand Prix races circuit known as the Continental Circus where he got to know other top-level riders such as Giacomo Agostini, Kenny Roberts and Barry Sheene.

From 1963 to 1968, he really was a dominant force in Canadian Championships and was awarded the CMA’s White Memorial Trophy for “best performance by a Canadian rider in all disciplines.” He won 11 Canadian titles, six in dirt track, two in motocross, three in ice racing and one in road racing. The CMA’s archives for 1962 show that he was the National Dirt Track Champion in two categories: Lightweight and Expert. Statistics also indicate that he was on the starting grid of 70 motocross races; he won 53 of them, got 13 second places, three third places, and once ran off the track.

In 1967, George Davis, a promoter and importer who had helped Yvon on numerous occasions in the past, puts him in contact with Yamaha importer Trevor Deeley. That year, Yvon is on the starting line at Daytona in the Lightweight class. He also participates in the sole Canadian MotoGP in Mosport; he finishes fourth in 250 in a race won by Mike Hailwood. In 1968 and 1969, he is twice king of the Lightweight class. He runs in the 750 cc class with a 350 Yamaha! He finishes in second place and becomes the first rider to reach 150 mph on Daytona’s Trioval track. When he set that record, he got a standing ovation from the 18,000 spectators that lasted 20 minutes.

Throughout that period, Yvon was working at a gas station in Verdun with his brother. Well aware of Yvon’s fine results in Daytona and of his undeniable charisma, a Bombardier manager offered him a place on the Ski-Doo race team. After some negotiations, he ended up with a salary four times higher than what he was earning at the gas station. Bombardier didn’t regret the deal. Yvon won many races on both sides of the border, including the 1970 World Championship and the famous Winnipeg-to-St Paul 500 race. The Valcourt Grand-Prix Ski-Doo track is named after him and he is a member of the American Snowmobile Hall of Fame, the AMA Hall of Fame and the Canadian Motorcycle Hall of Fame.

In 1971, Kawasaki offers Yvon a factory rider contract. This is a very difficult decision for Yvon, who holds Trevor Deeley in high esteem. Deeley does recognize that the 500 and 750 cc Kawasakis have more potential than the Yamaha 350s of the time, though, and he lets Yvon go knowing how gifted and uncompromisingly eager for victories he is. That year, Yvon gives Kawasaki its first win in the United States in Talladega (Alabama). By 1973, he has collected five AMA wins for Kawasaki, which is no small feat since these machines were extremely powerful, but capricious and fragile. There will be a few crashes and abandonments too. From 1974 to 1976, he wins numerous Production races (which then became the AMA Superbike class) on the Z-1. In the FIM Formula 750 series, he finishes second at Silverstone in 1974, and he wins at Assen in 1975. In Castellet, he is hired for Endurance races and finishes third with Jean-François Baldé at the mythical Bol d’Or race, on a Kawasaki Godier-Genoud, the Endurance race magicians of the time. He climbs on the second step of the podium at the popular Moto Journal 200 race held at Circuit Paul Ricard, behind Giacomo Agostini, and in front of Patrick Pons. In 1976, he finishes third, behind Johnny Cecotto and Steve Baker. He is also back at the Bol d’Or, again with Jean-François Baldé and Kawasaki, but they are forced to quit. In that period, Yvon Duhamel makes the front page of motorcycle magazines, he is featured on Kawasaki advertisements and he is very popular in France and all of Europe.

In 1977 and 1978, he grabs the second and third place, respectively, of the Mosport Formula 750 race, now part of the FIM World Championship. Entering his 40s, Yvon slows down somewhat on racing and takes care of his Sport 17 motorcycle shop in Sainte-Agathe-des-Monts. This incursion into the business world will be short-lived. Yvon ran through $250,000 in the process despite the recommendations of his agent Gérald Tremblay, who got famous later as mayor of Montréal.

In 1988, Yvon is back on the Circuit Paul Ricard to run the Bol d’Or with his sons Mario and Miguel. It is the first time that three Canadians, and three Quebeckers, participate in this race which is part of the World Endurance Championship. They ride on a Honda supplied by the French dealer Winners, but they won’t finish that race characterized by heavy rain and track flooding.

In the middle of the 1990s, Yvon runs in AMA races on a Harley-Davidson 883 Sportster. He is still hot and among the top 10.

In 2002, at age 63, Yvon participates in a demonstration race in Mosport when he falls after being hit. Blackout, a three-hour coma and a helmet broken into many pieces.

That fall hurts and keeps Yvon away from racetracks for a while. He is back in 2011, though, at 72, for the Coupes Moto Légende in Dijon, France, and he still has that drive to win, according to his friend and journalist Jacques Busillet.

In 2017, Yvon was back in Mosport for the 50th anniversary of the 1967 MotoGP organized by the Canadian Vintage Road Racing Association (VRRA). It was a fine occasion for him to see again British pilot Phil Read and American-Canadian Steve Baker.

Yvon Duhamel is now living a quieter life among great memories in his Ville LaSalle home with his wife Sofia, who has been misnamed Linda quite a few times. But Yvon is quick to point out with a smile that he has been with the very same woman since he was a teenager.