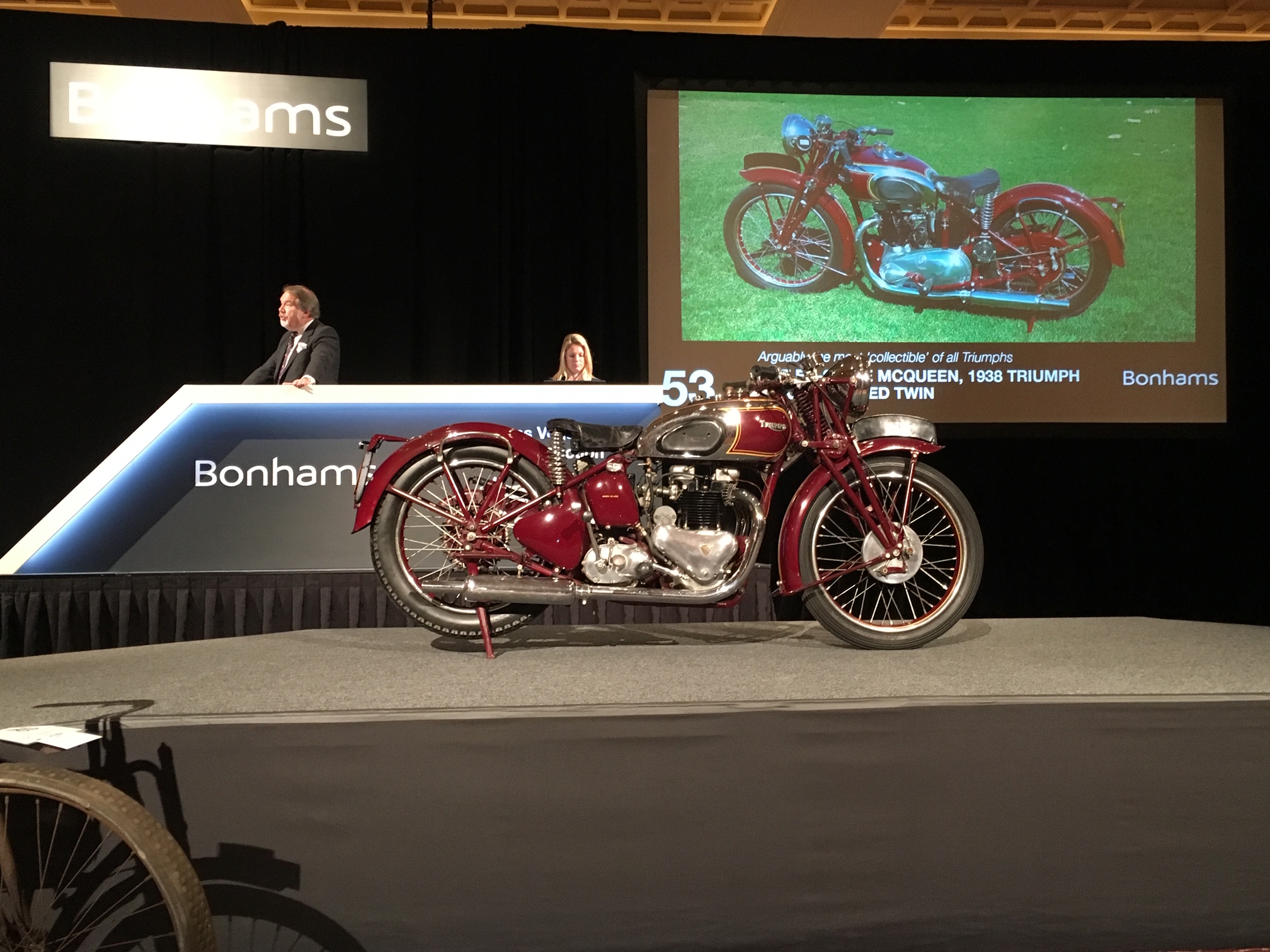 Another highlight was the 1993 Ducati Supermono, one of just 67 made, that was bought for $115,000, as well as the 1974 Munch Mammoth TTS, known as the world’s first superbike, that made $112,000. Another crowd favorite was the collection of six 1971 Honda Motorsport models – the full range of that model-year offered as one lot – that was purchased by a young lady from France, much to the delight of attendees.

Said Craig Mallery of Bonhams’ US Motorcycle Department, “We had a very impressive selection of approximately 125 rare, uncommon and high-quality motorcycles on offer this year. It’s a selective market at the moment and while some of our motorcycles didn’t meet reserve, there were many exceptional sales.”