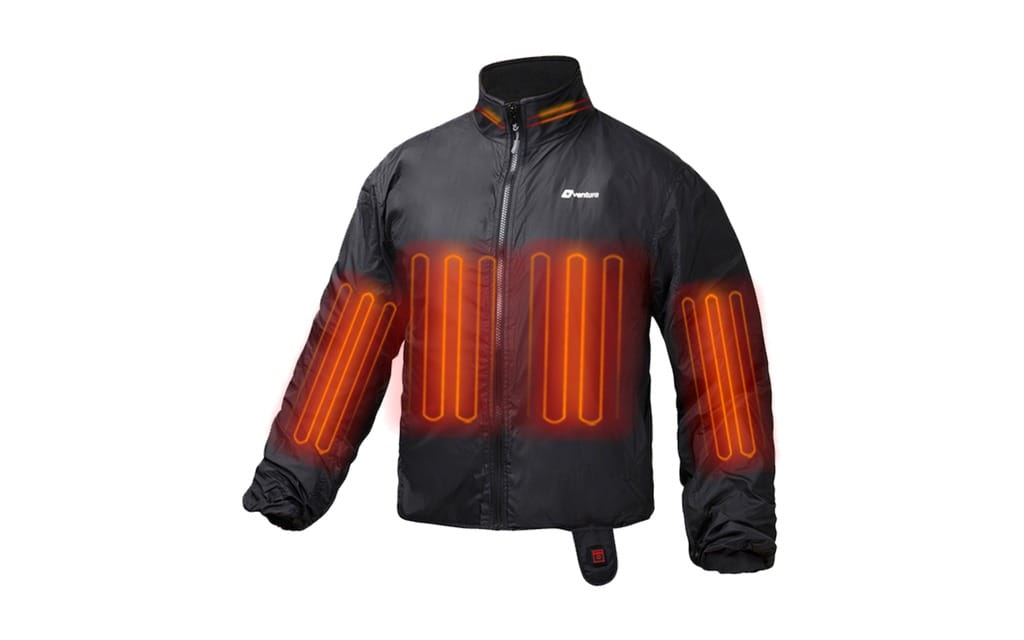 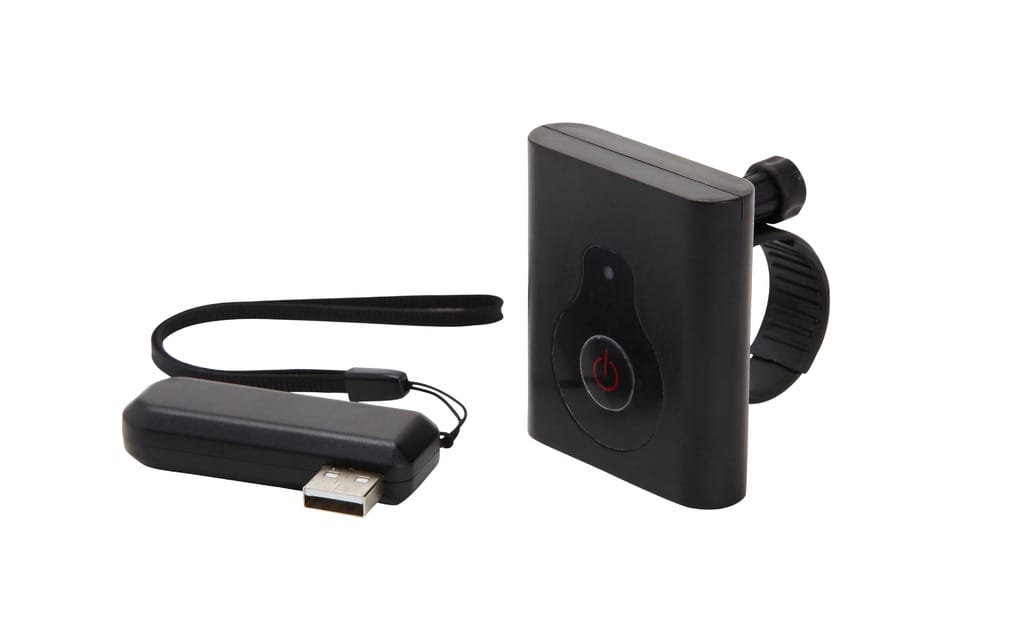 Plug in for a longer season
I don’t know when I became a fair-weather biker, but somewhere between affording my first car and my arthritic 50s I lost the desire to freeze my you-know-whats in the pursuit of a couple of extra weeks of motorcycling. Oh, I haven’t gone so hipster that the first sign of frost scares my V-Strom into the garage, but let’s just say that the weather channel and I are besties.

And I’ve pretty much given up on thermal gear, having tried every iteration of “nano-particled” high-tech garment that’s come onto the market with little improvement in comfort. Like many bikers — especially old bikers — looking to extend the season, I thought of turning to electricity, but the crudeness of the systems available always put me off. Yes, they generated the requisite warmth but oft times the heat was localized and uncontrolled. And even when a remote temperature controller was offered, it was a bulky affair with even more wires. One manufacturer even offered the “revolution” of allowing you to strap a remote controller to your leg. Not a big fan of multiple wires flailing about in the wind nor strapping rheostats to my leg, I never found a heated clothing system that filled the bill.

Until Venture Heat. A small company in Huntington Beach, California — if necessity be the mother of invention, why is a heated clothing company based in sunny SoCal — Venture offers a wide range of electrically heated clothing, from vests to boot insoles. Instead of the old-style thick wires running through the fabric, Venture uses flexible heating panels, which distribute heat more evenly. More importantly, at least for someone who cherishes convenience as much as comfort, the top-of-the-line Venture Deluxe Jacket offered two features that spoke to my aforementioned reticence to go electric.

The first was a convenient little button built into a tab on the lower left edge of the jacket that offered three distinct heat settings at one easy touch. It’s even lighted, red being the highest heat level, yellow the median and a green light indicating the right amount of wattage for a slightly chilly autumn eve.

Better yet, the Deluxe even comes with a remote controller. Instead of being hard wired, the Venture Heat version is connected via Bluetooth to the jacket’s heat modulator. A quick mounting to the old Suzuki’s handlebar and an even quicker pairing with jacket, and Bob’s-your-now-warmer-uncle, one has controlled heat without the muss and fuss of a bunch of wires (other than the single cable going to the bike’s battery).

Offering about 80 watts of heat, the Deluxe is plenty powerful enough for anything the summery side of five degrees C. The heat is also fairly well distributed, the sleeves heating up about as fast as the stomach area. If like me all your riding jackets feature extra thick Level II back protectors you may feel more heat along your spine as the heating elements are pressed tighter to skin, but it wasn’t uncomfortable. And, of course, as per Venture Heat’s recommendation, you should never wear the jacket right against your skin. I found a simple long-sleeve cotton T-shirt ideal for insulating against all the heat.

Indeed, the only thing bad about buying the vest is that, your core area now comfy cozy, your extremities now feel even more chilly. Venture, of course, has the remedy for that, offering gloves, glove liners, inner pants and shoe insoles all electrified for your comfort. Of course, all that warmth brings up another issue — your bike’s electrical system. My jacket draws a maximum of 84 watts, but typical usage is about 60W. Most bikes can handle that kind of amperage draw. Throw in pants, gloves and insoles, and the total pushes past 150 watts, exceeding my 2002 V-Strom’s wattage reserve. Most newer bikes have more than enough reserve electrical power for head-to-toe electrification without draining the battery, but it bears checking that your steed’s battery/alternator/regulator combination is up to the extra load.

Those caveats aside, the Deluxe jacket hit all the marks, offering comfortable cold weather cruising without Michelin Man–like layering. Best of all, it’s something of a bargain. Even though Venture itself lists the Deluxe at US$300 on its website, Calgary’s Blackfoot Motosport’s online store sells the same jacket, including the remote controller, for just $259.92. Yes Canadian.