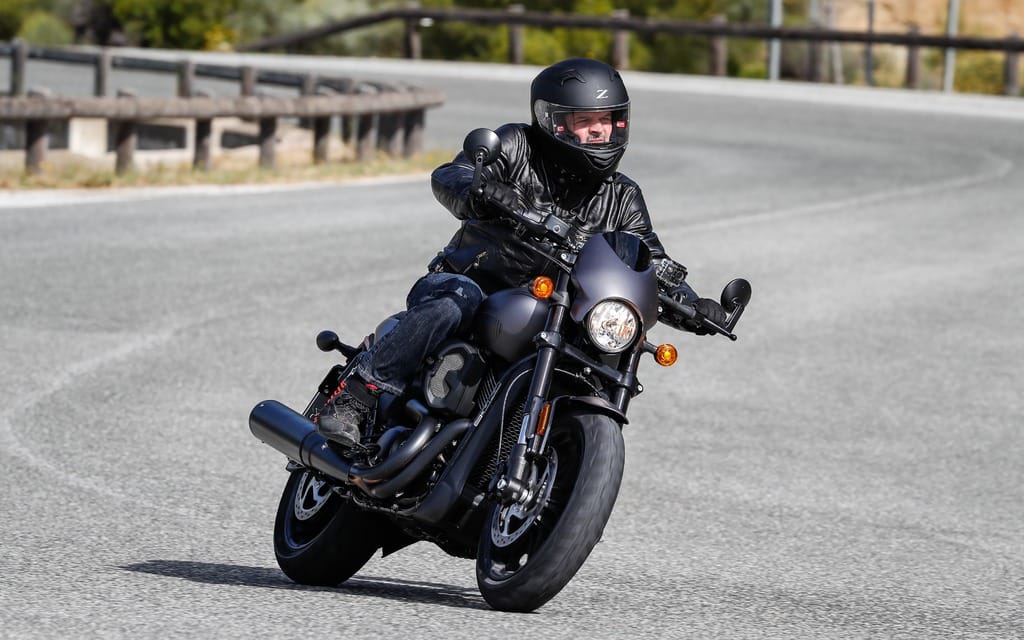 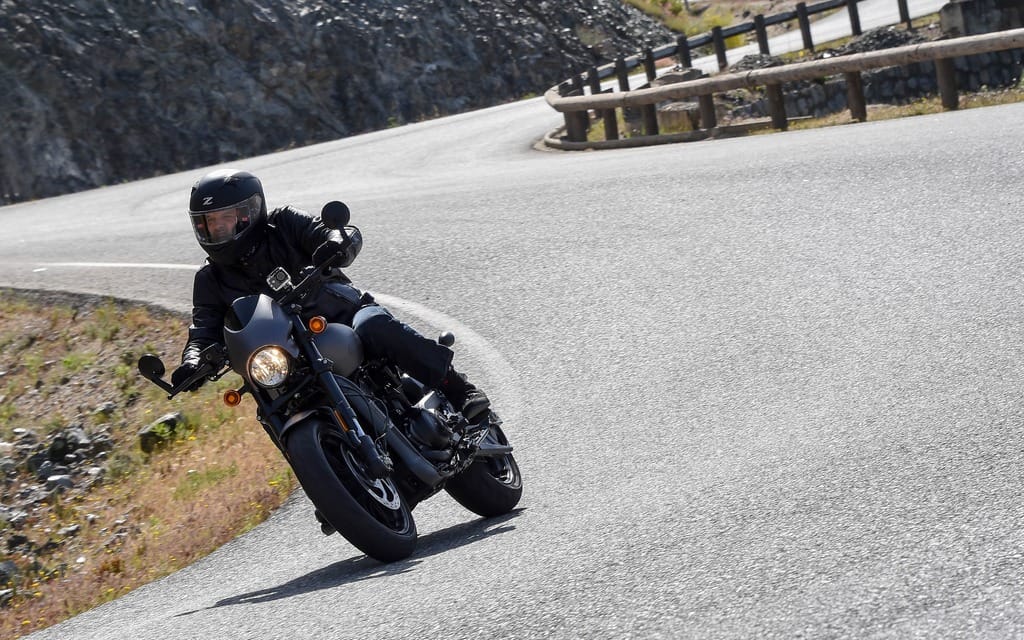 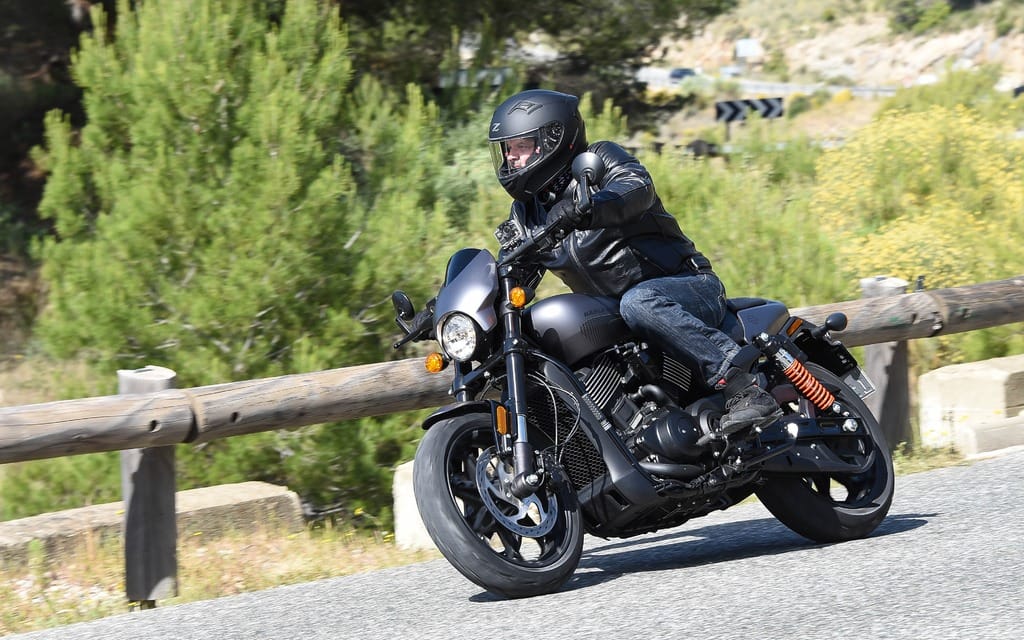 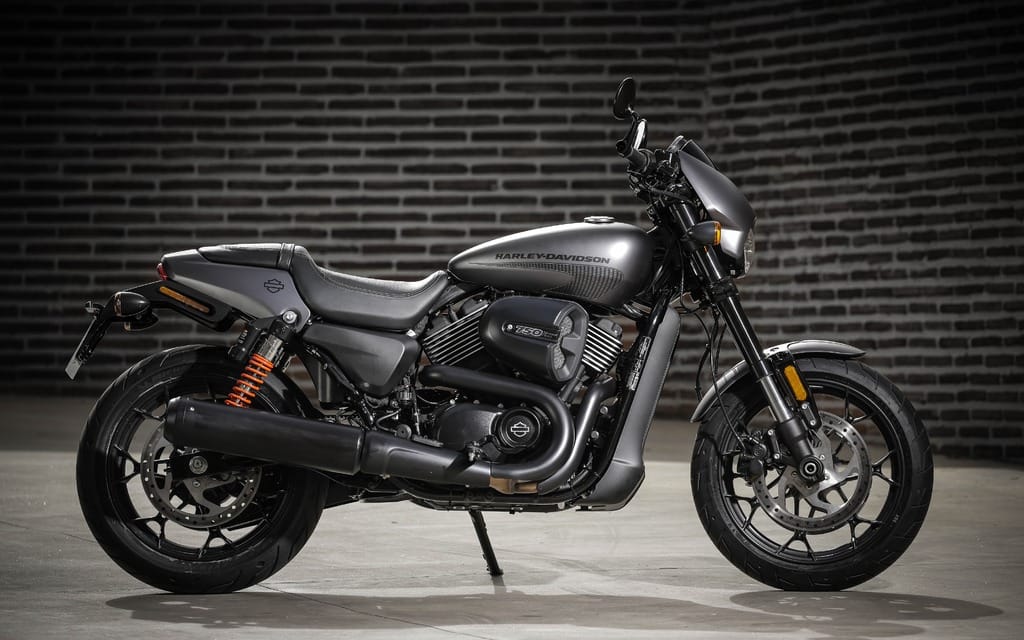 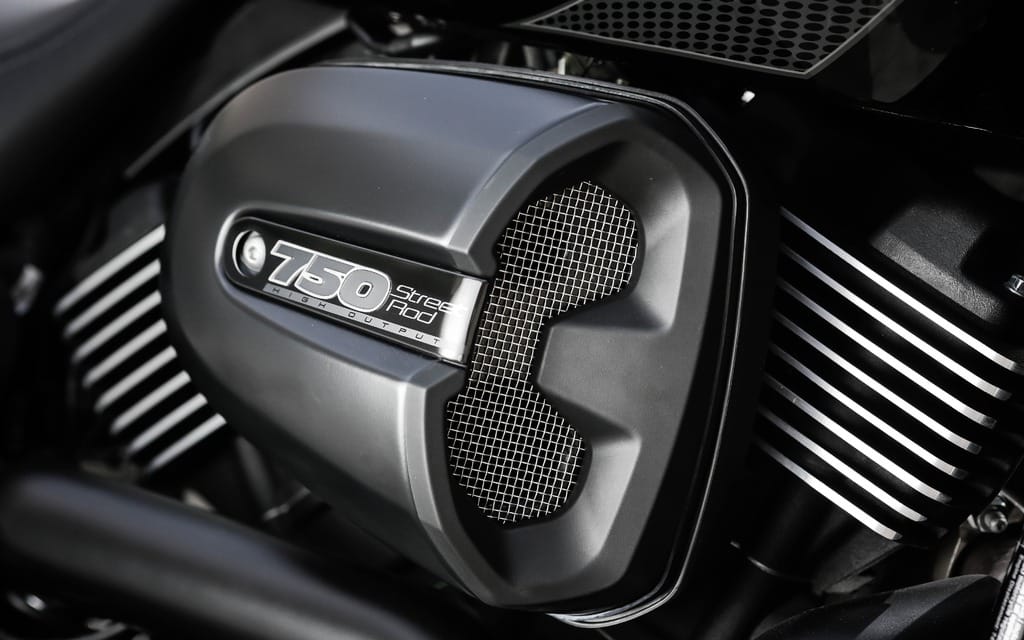 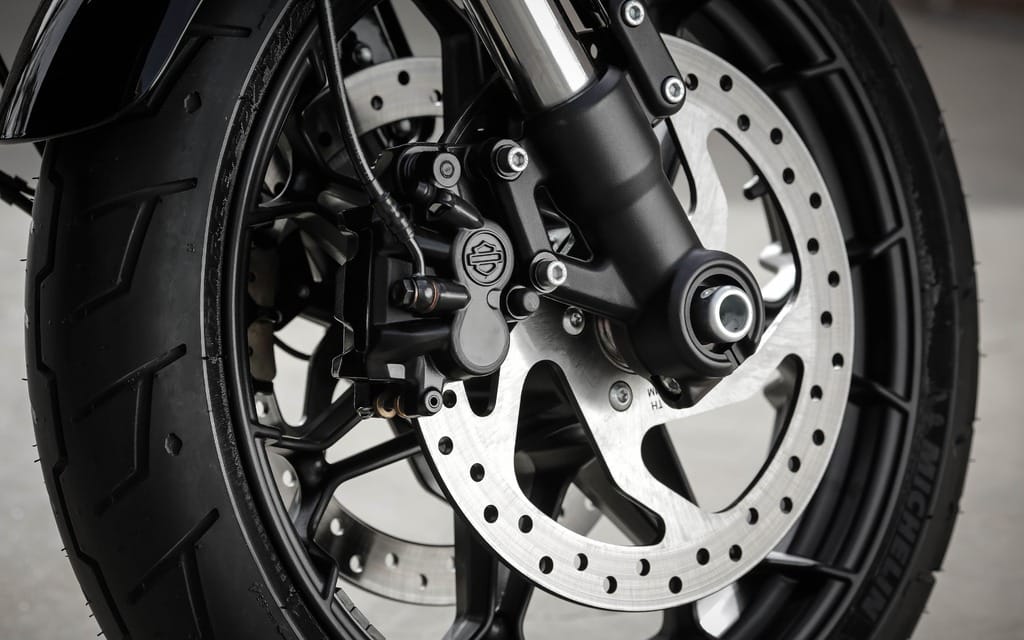 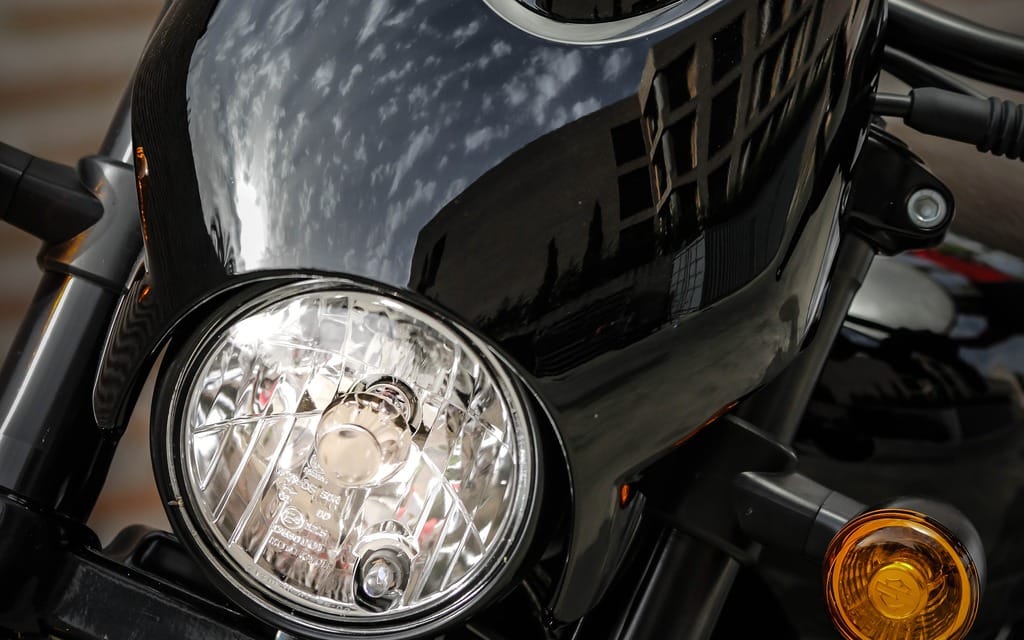 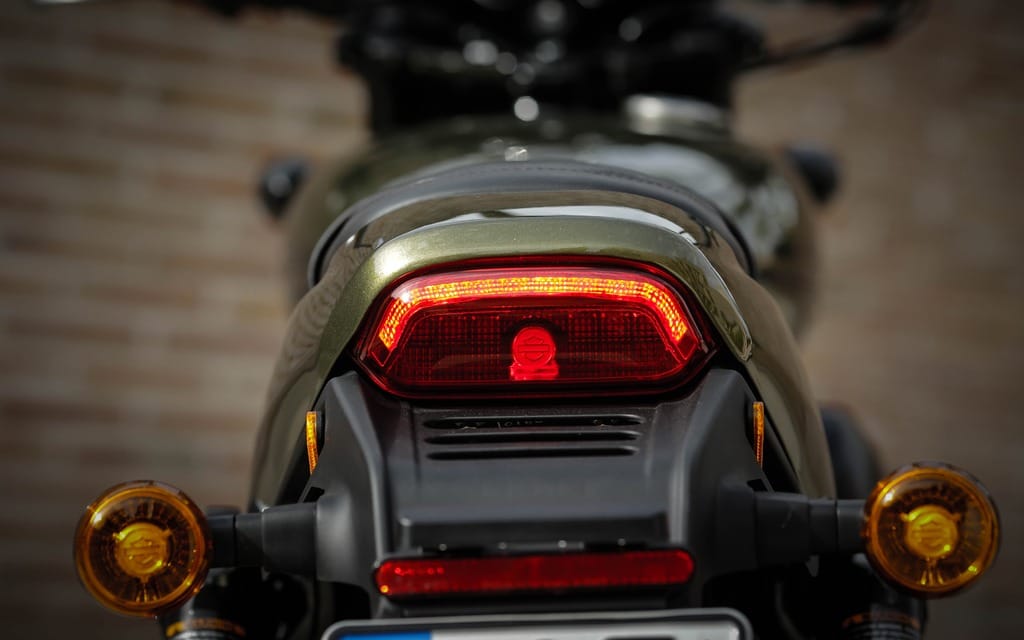 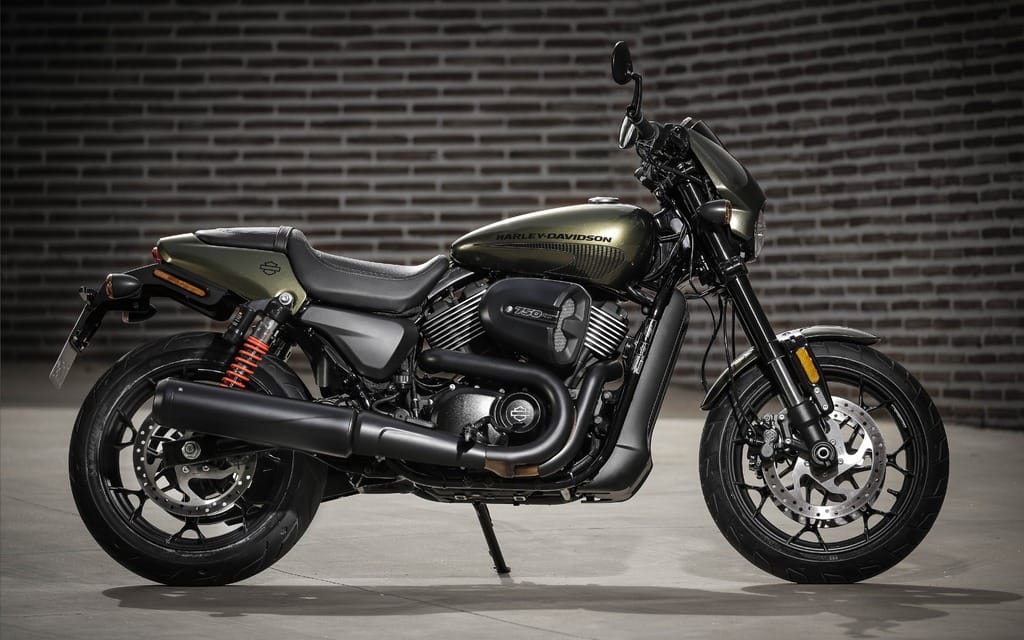 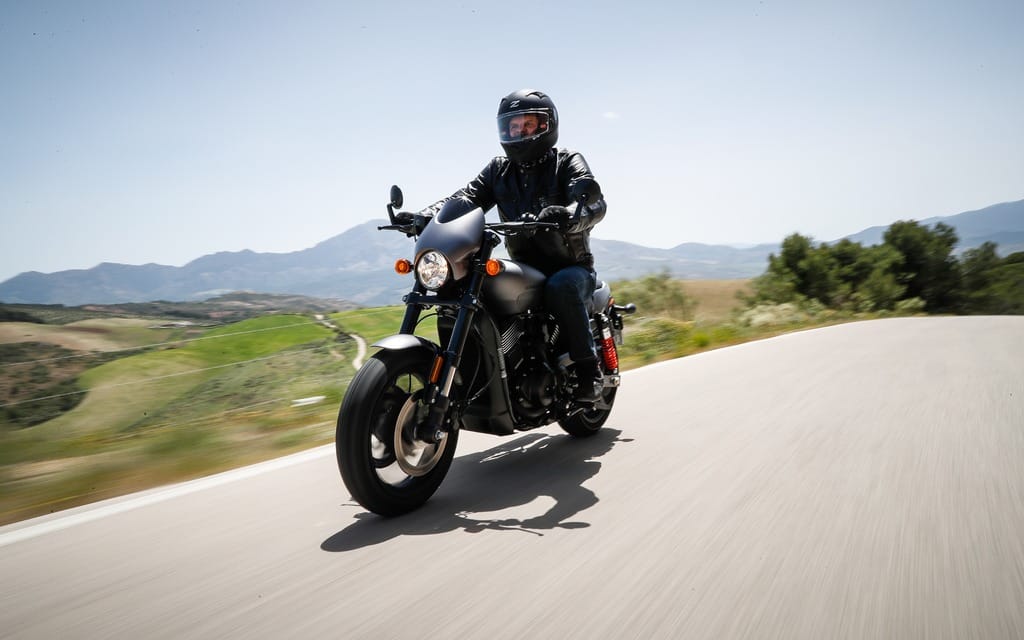 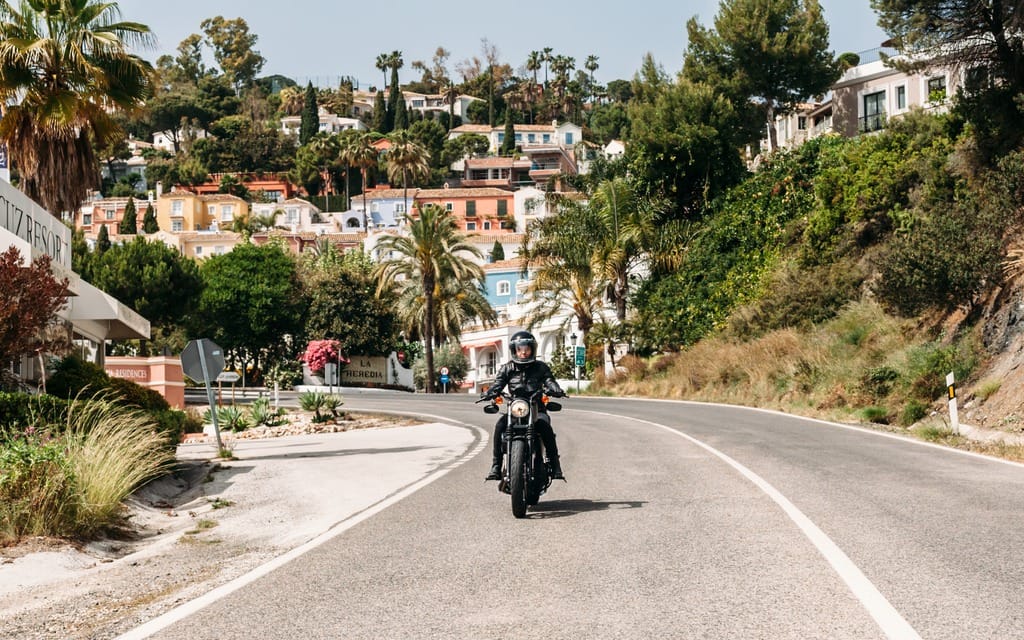 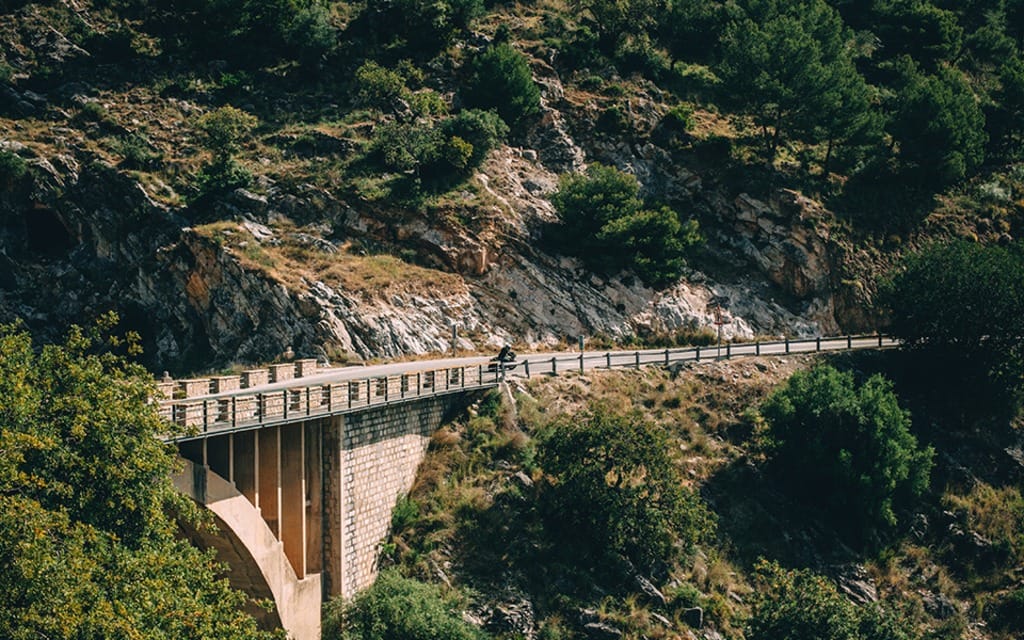 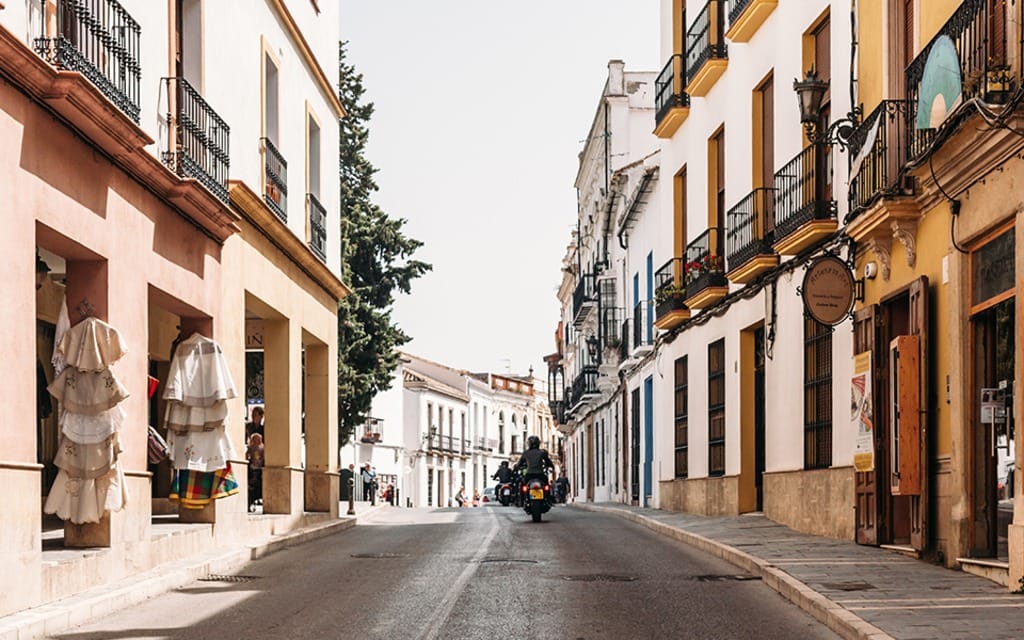 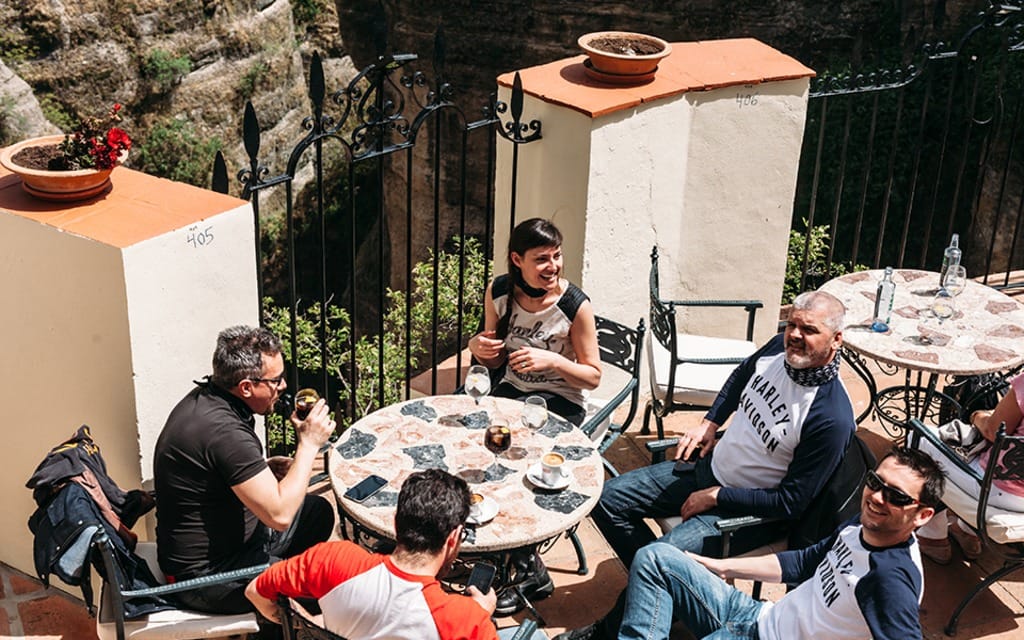 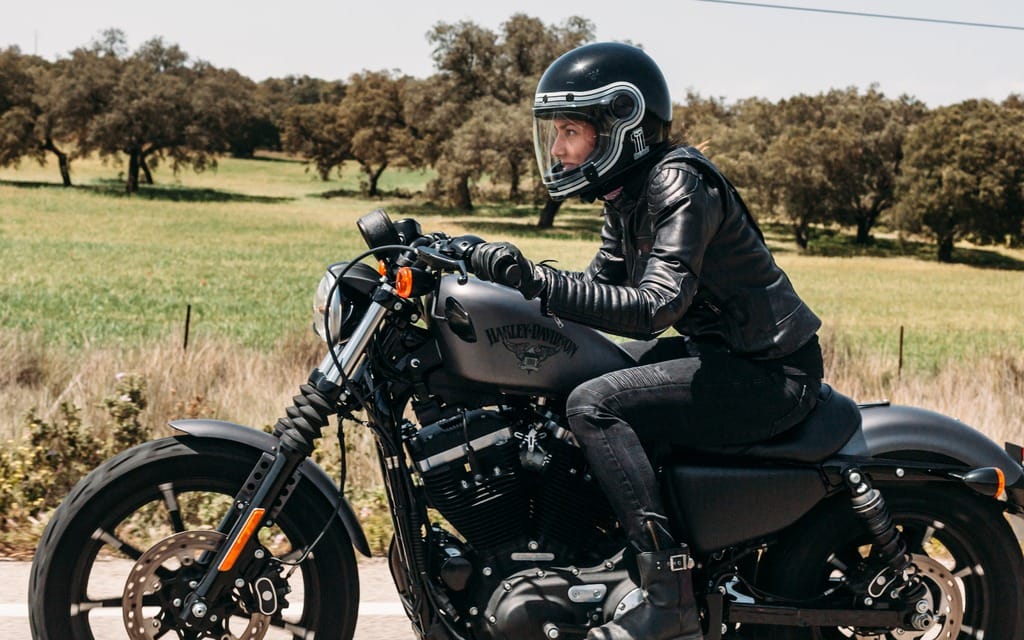 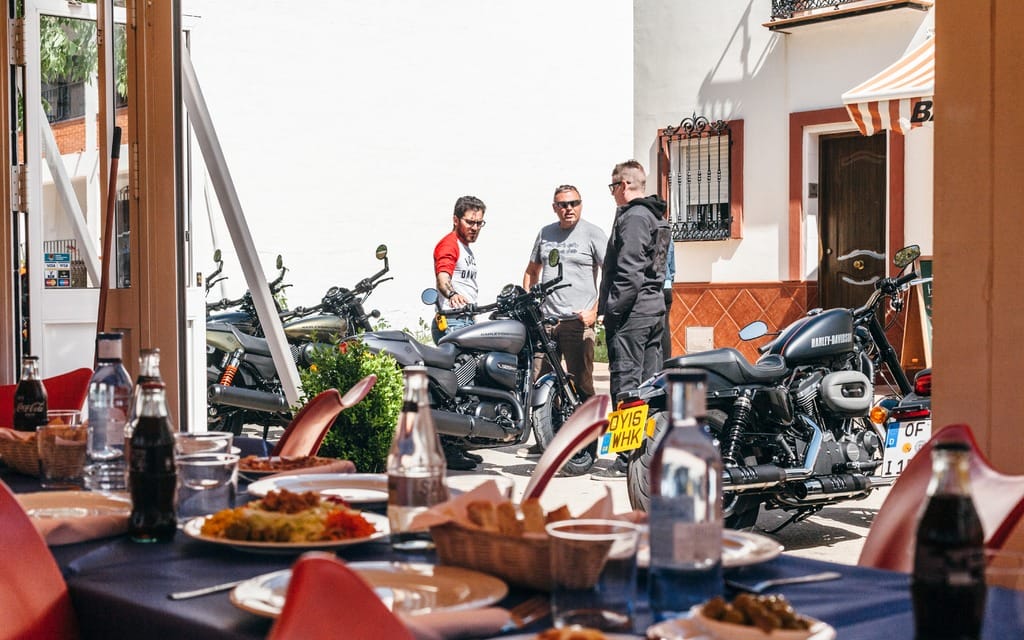 Wanting to meet a new generation of motorcyclists, Harley-Davidson unveiled a much more muscular and stylish Street model, the Street Rod.

The Street Rod is an enhanced version of the Street 750, which is unmistakably a response to the lack of character, sloppy finish and uncertain braking of that motorcycle.

It is on the roads of southern Spain, in Marbella, that we had the opportunity to test the Street Rod. As soon as we arrived at the hotel, we were immersed in the Harley-Davidson universe: The Dark Custom Lounge. This room had been furnished in a lounge style with a pool table, electric guitars, amps, motorcycles, clothes and leather sofas to accommodate all journalists from all over the place.

Waiting for us outside was a line of Street Rods ready for the big start. At first glance, we could appreciate the colours of the motorcycle, especially the olive green model. With its new inverted fork, trim, orange shock absorbers and more sporty rear hull, the Street Rod is a pleasant surprise.

After the usual presentation, a Street Rod was assigned to us. I found myself behind the handlebar of a gray-coloured model. Right away, I noticed that the footrests, which had been recentred, would be difficult for my long legs. It is clear that this bike will make shorter riders happy, thanks to a low saddle and more central foot rests.

Our group of Canadian, Italian, British and Indian journalists left the hotel under a radiant sun—it was going to be a good day.

As soon as I got on the highway, I quickly put the new High Output Revolution X engine to the test. With a twist of the grip I quickly reached 140 km/h; the bike reacted very well at speed. This liquid-cooled, SOHC, eight-valve engine was redesigned to put out 18 percent more power and eight percent more torque. Taking advantage of the innumerable curves on the mountain roads, I was able to appreciate all the flexibility and the increased torque of the engine. The gearbox does the job well. At low speeds, the engine pounds like a Harley-Davidson and at higher speeds it smooths out. The only downside is finding neutral at a stop—impossible for me. After consultations with my colleagues, my motorcyclist’s ego was reassured: the problem was widespread.

What better way to appreciate the new Street Rod than by threading curves? With a new 43 mminverted fork, the geometry changes considerably. The swingarm is slightly extended and improves ground clearance. An asymmetrical lean angle limit of 37.3 degrees to the right and 40.2 to the left defines the more sporty side of this motorcycle. Harley-Davidson promised us more agility and manoeuvrability and I was able to see it in the countless curves on the way back from Rhonda to Marbella. The curves could be ridden at a rather impressive speed, and our Italian journalist friends made this clear by leaving us far behind. One must nevertheless remember that this is a custom motorcycle, so it’s still rather limited for lean angle. his motorcycle does not allow us to apply pressure on the footpegs because they are too far forward, so you have to fall back on steering with the drag bar style handlebar. This large and flat handlebar does not in itself affect general ergonomics. Surprisingly, the mirrors at the ends of the handlebar do the job very well and offer good visibility without vibration or distortion.

Featuring double-piston front-mounted callipers on new 300 mm discs, the Street Rod has two discs while the Street only had one. ABS is standard and braking was very effective throughout the test and was particularly strong in the back, which is quite common in a custom. One could still feel a certain lack of power in the front despite the double disc.

There isn’t much to report about suspension but I have to say that the quality of the roads we experienced throughout our day was excellent. Apart from a few speed bumps coming in and out of villages, the pavement was spectacular. The new front and rear 17-inch open spoke black aluminum wheels are fitted with new Michelin Scorcher 21 radials, which have shown a very good level of grip.

Harley-Davidson is working hard to rejuvenate its image and attract a younger clientele and the Street Rod is a good start. Unlike the Street, the Rod charmed us with its aesthetics, power and manoeuvrability. With an affordable price for a Harley-Davidson, the sporty, urban, agile and powerful Street Rod is an interesting offer and a good choice for new riders.

It was with great pleasure that I flew to Marbella last April for the worldwide launch of the Harley-Davidson Street Rod. Although this trip was very short, leaving on Friday evening and returning on Monday afternoon, it was a lot of jet lag in a very short time. Nonetheless, the experience was fun and rewarding.

Fed up with winter, I finally had the chance to go riding. In addition, the launch was in Spain where I had never set foot before. It had been a long time since I dreamed of attacking the winding roads of southern Spain and I was served enough curves and great scenery to keep me happy for a while. If you haven’t been riding between Rhonda and Marbella, you have to put that on your Bucket List.

When we talk about motorcycles, we talk about passion. I have been riding since I was eight and I am still passionate: I still have several motorcycles in the garage. But riding is also and above all about meeting interesting people. Once again, I was entitled to my fair share of great encounters in Spain where I mainly rode with Viktor Radics of MotoSocial and Karen Mayberry of Harley-Davidson Canada: I loved it! Viktor is a great guy who loves photography and motorcycles. He surprised me throughout our journey, holding his camera in one hand and his handlebar in the other while riding the countless curves: a real Evel Knievel. Not to be tried at home. Karen was also a lot of fun to ride with, a true a motorcyclist and a very good rep for her products. Thank you both for these unforgettable moments.

You can follow Viktor on MotoSocial on Facebook: it organizes several social gatherings in different cities throughout the summer (Speculator, June CC). If you meet him, say hi for me.