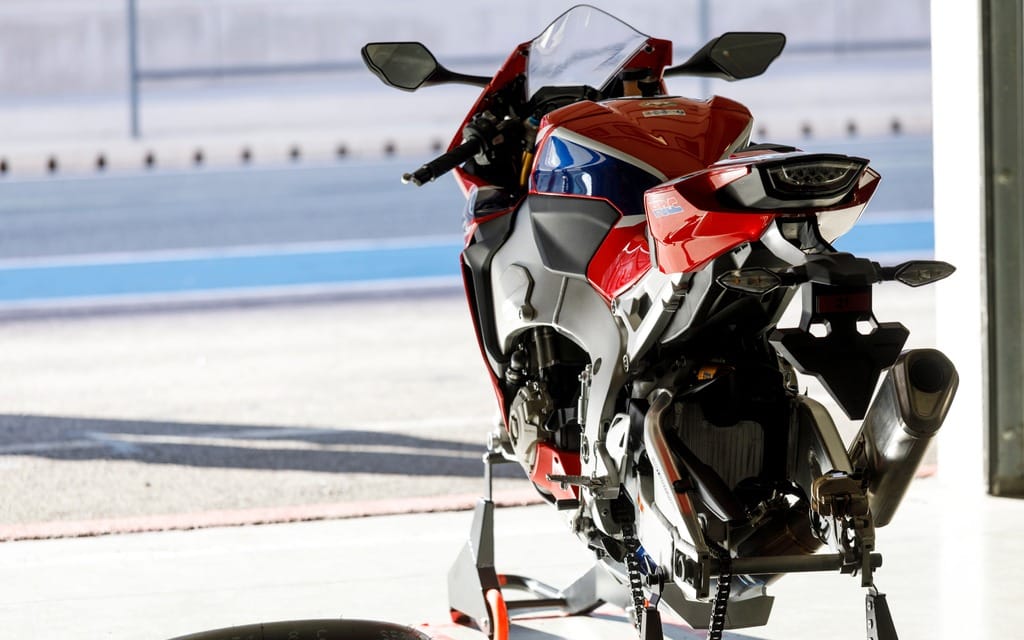 Honda claims that 90 per cent of major components are fresh to this Fireblade, including much of the 999 cc engine, which is shared by the standard RR and the SP. Pistons, crankshaft, cams, valves and the cylinder head casting are all new. A new piston crown design allows an increased compression ratio of 13:1, compared to 12.3:1. Revised valve lift and timing allow the 16-valve unit to rev 750 rpm higher, to 13,000 rpm.

It’s in those suspension and brake components that the SP model differs most notably. In place of the Showas it gets Öhlins Smart-EC semi-active suspension, while the Tokico front calipers are replaced by Brembo’s radial Monoblocs. A titanium (instead of steel) fuel tank and lithium-ion battery instead of lead acid save weight to make the SP a kilo lighter despite its fancier systems. Alongside the suspension it also gets the two-way quickshifter that is an accessory for the standard ’Blade.