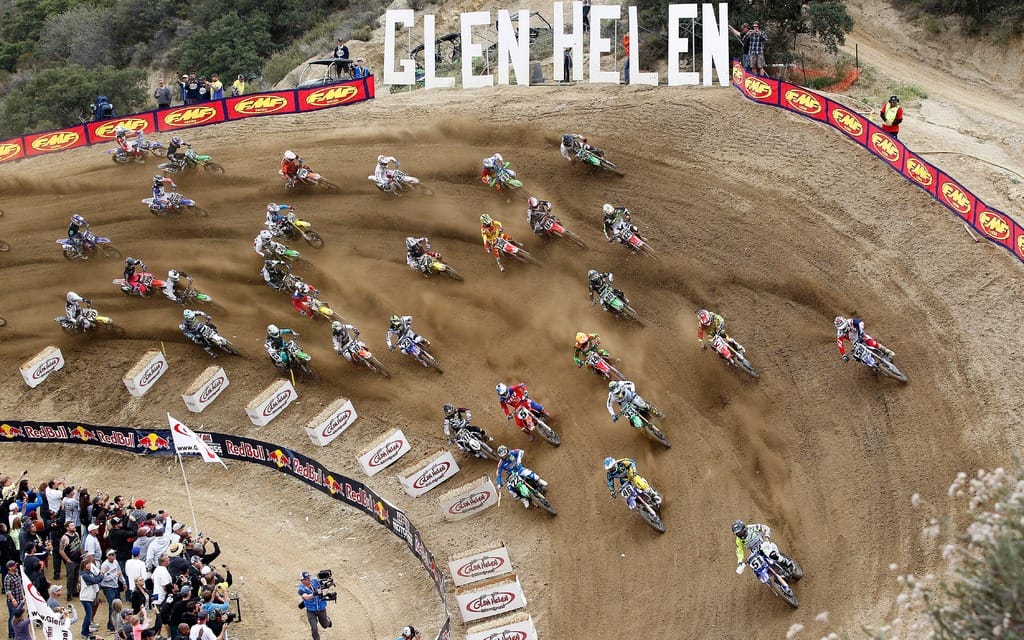 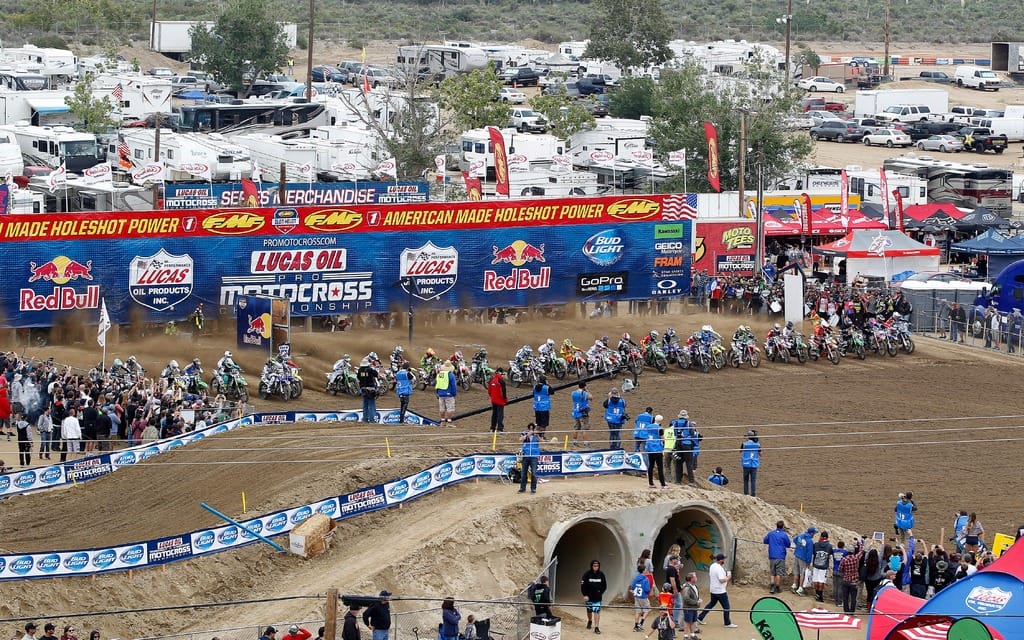 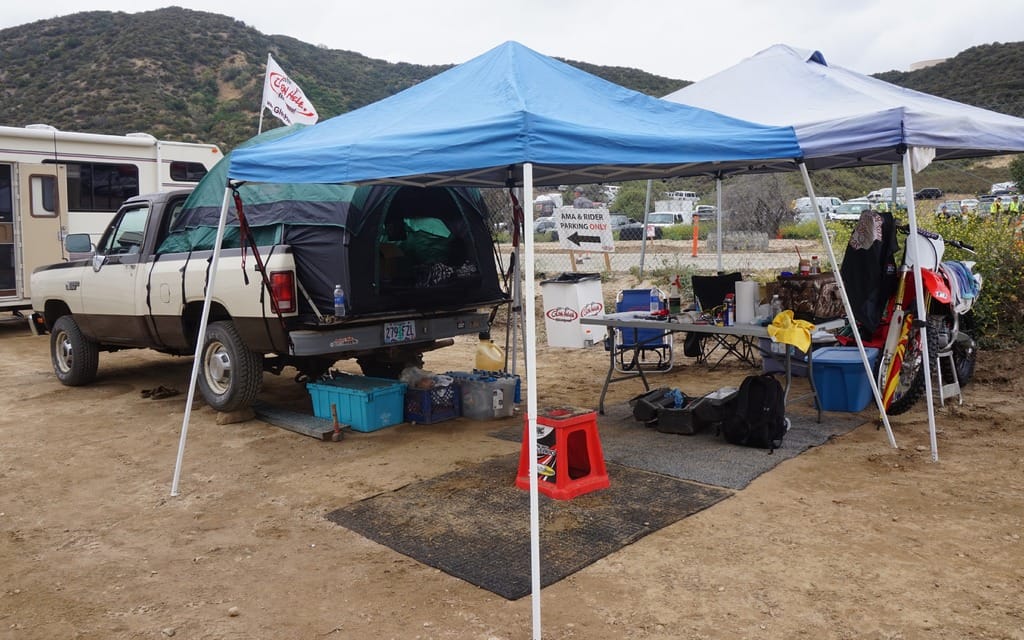 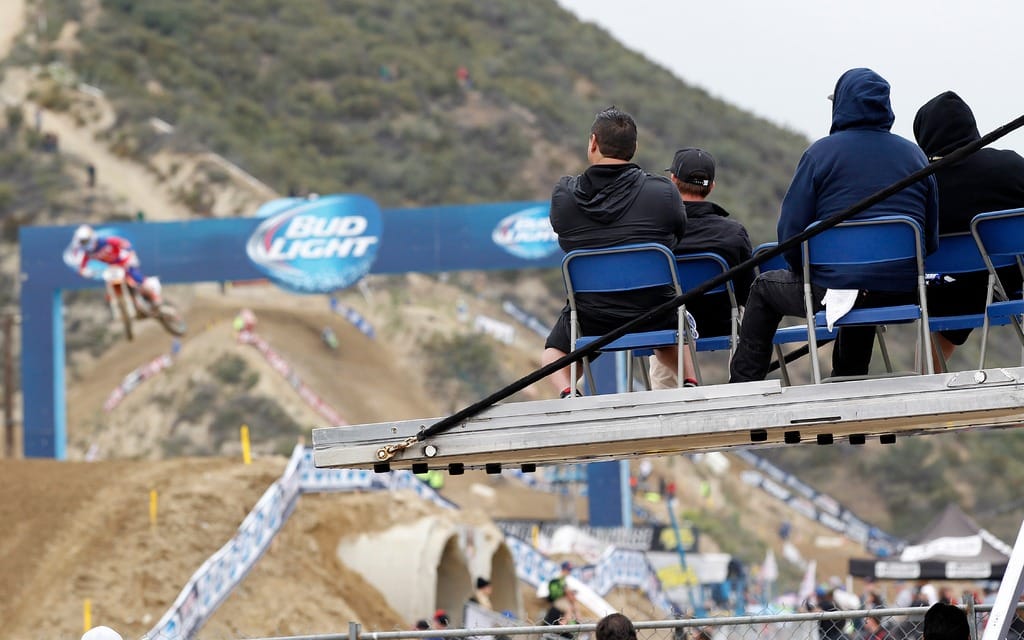 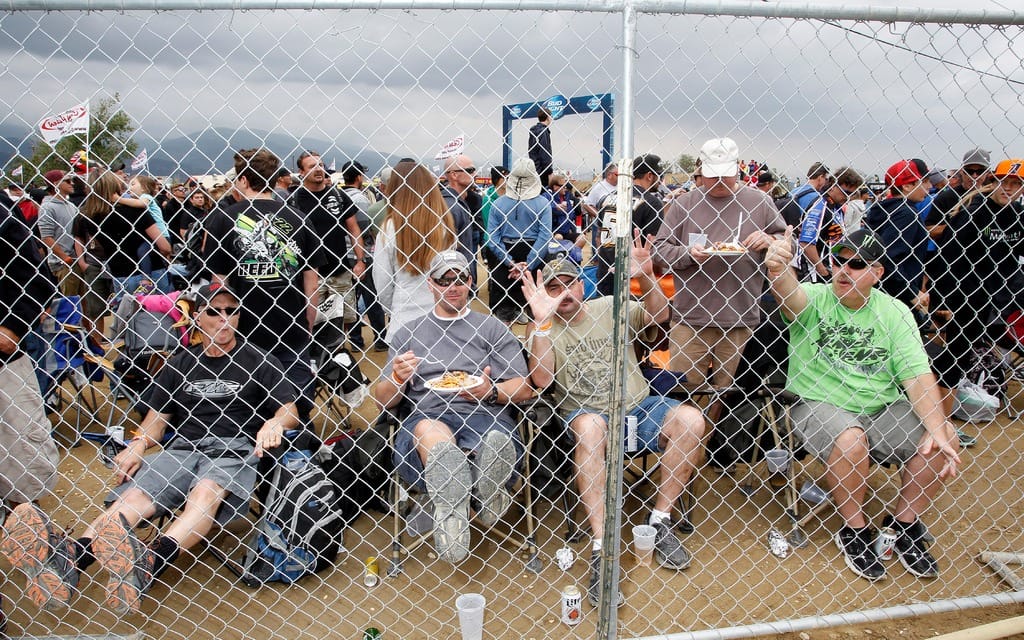 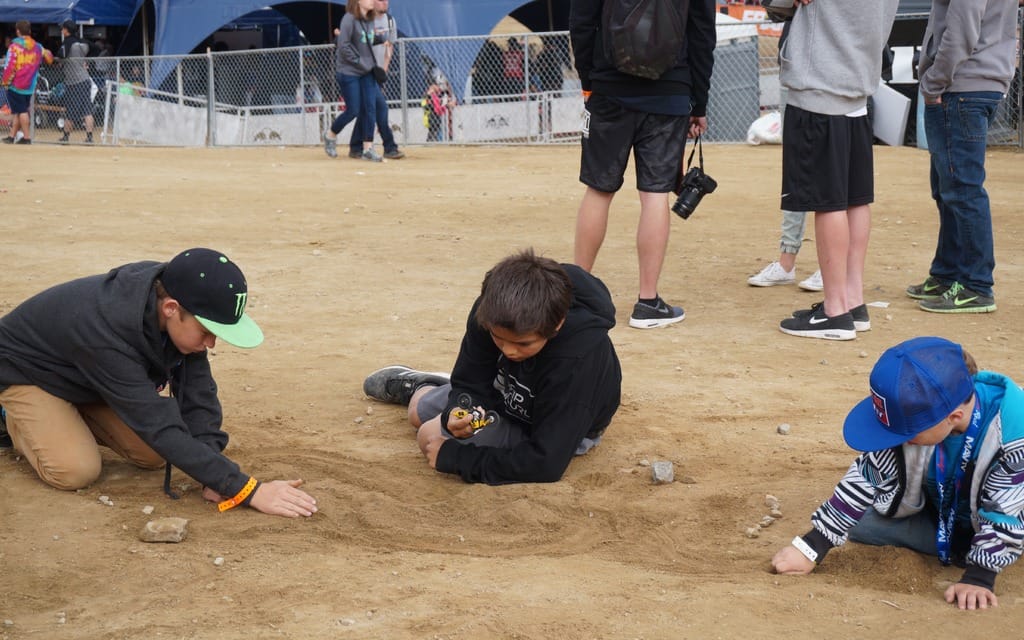 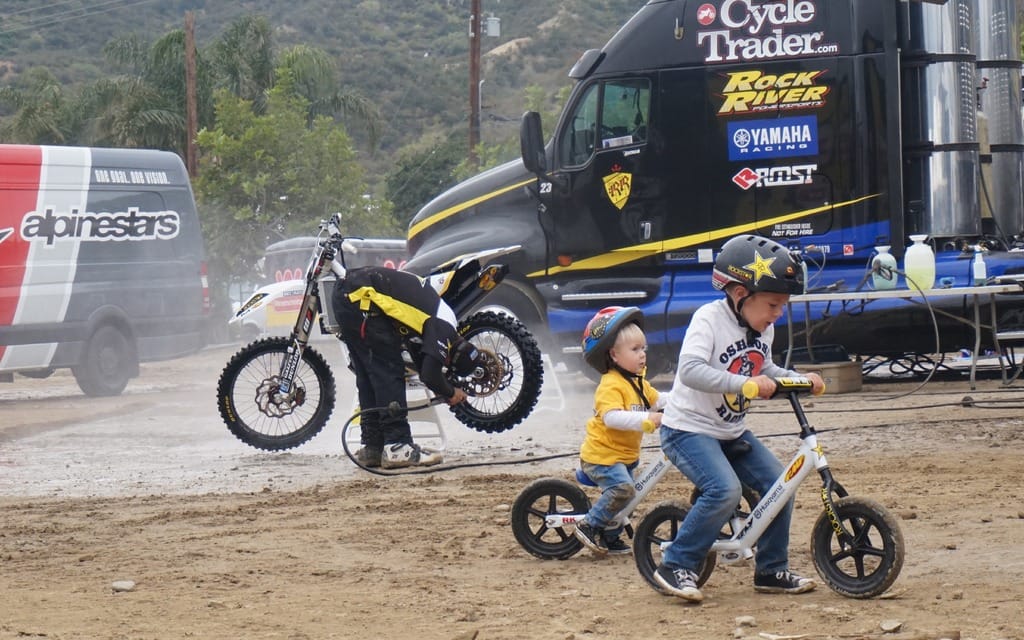 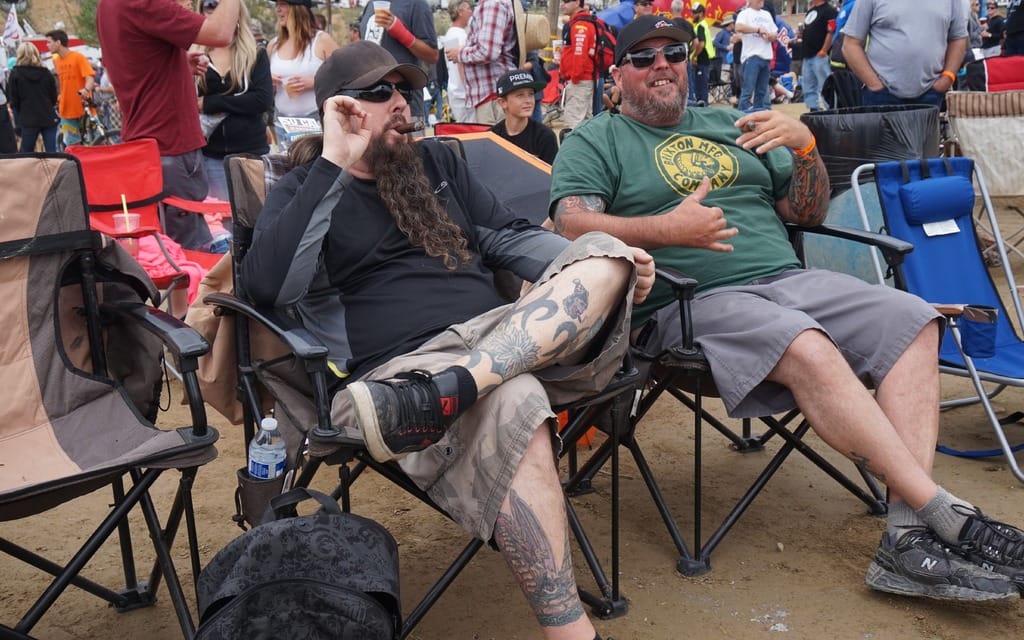 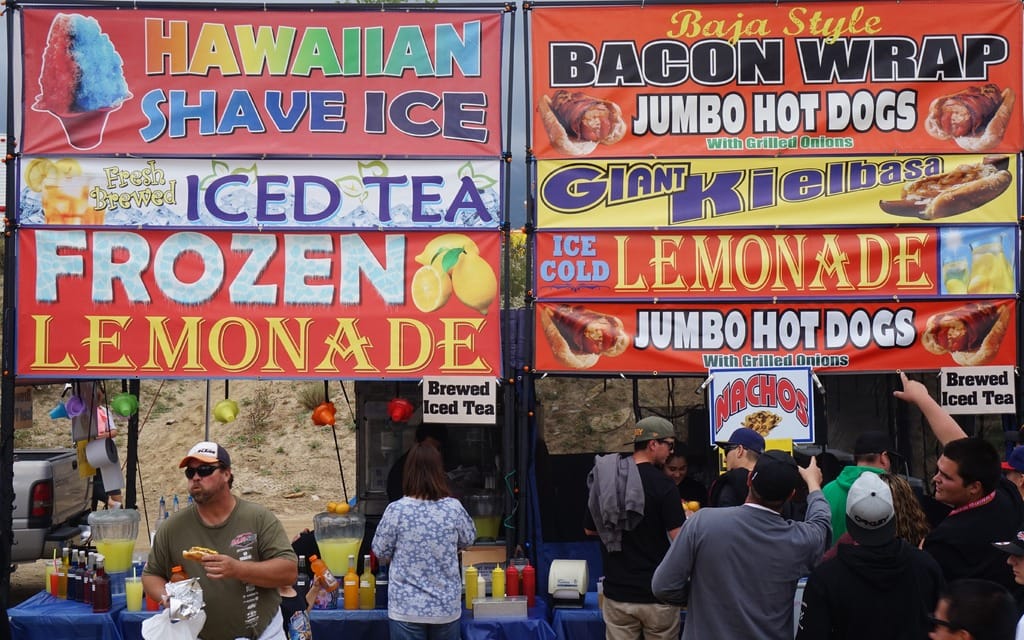 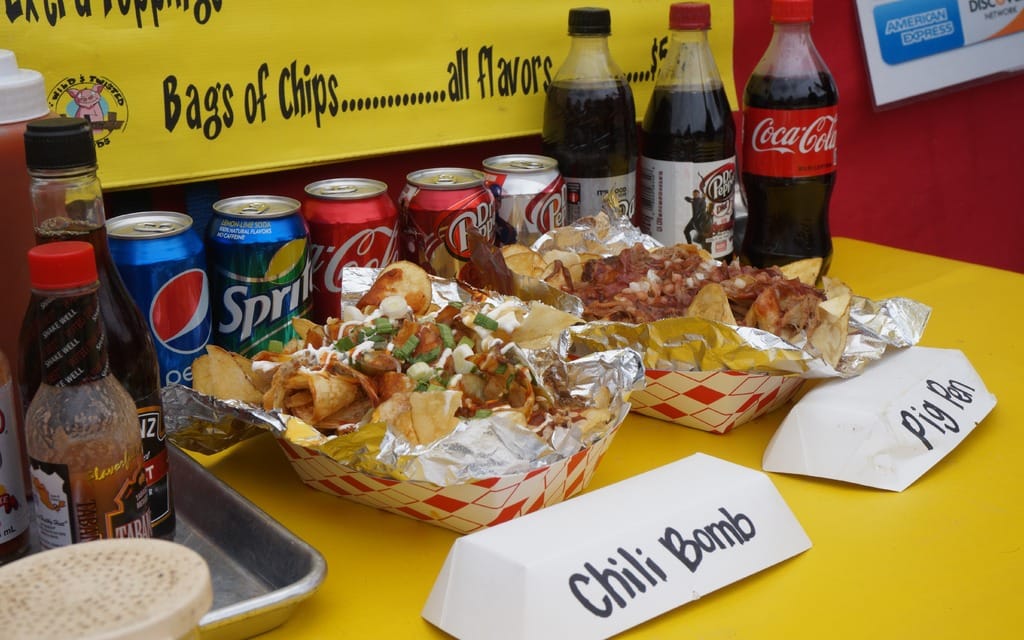 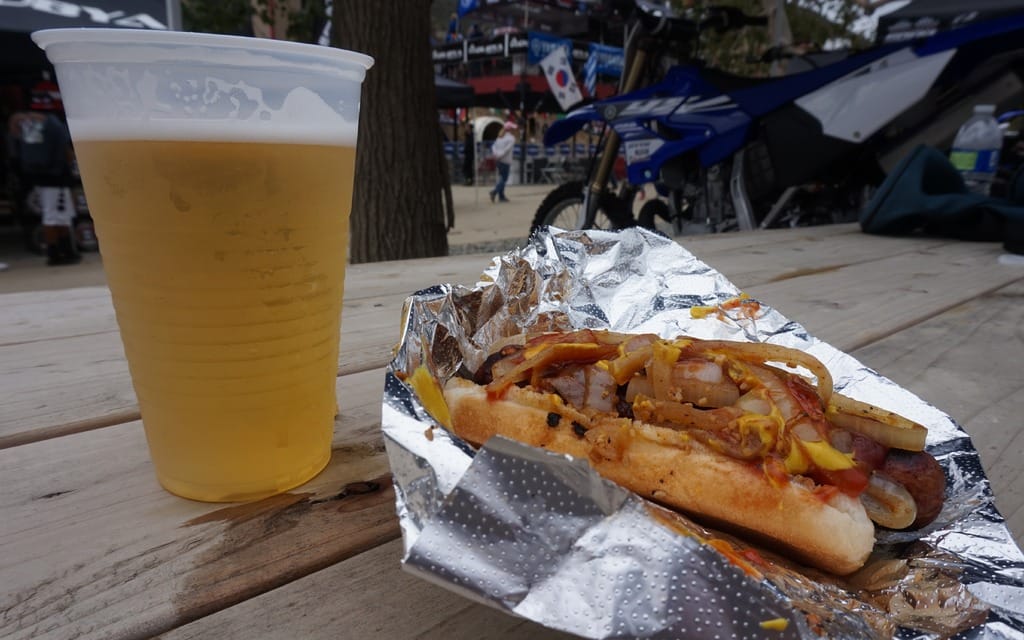 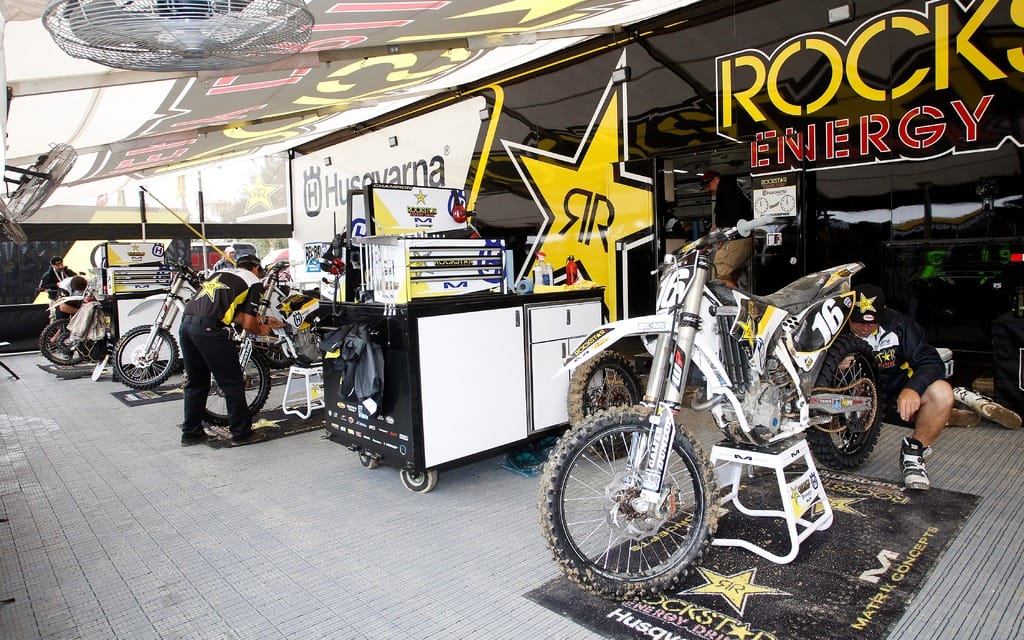 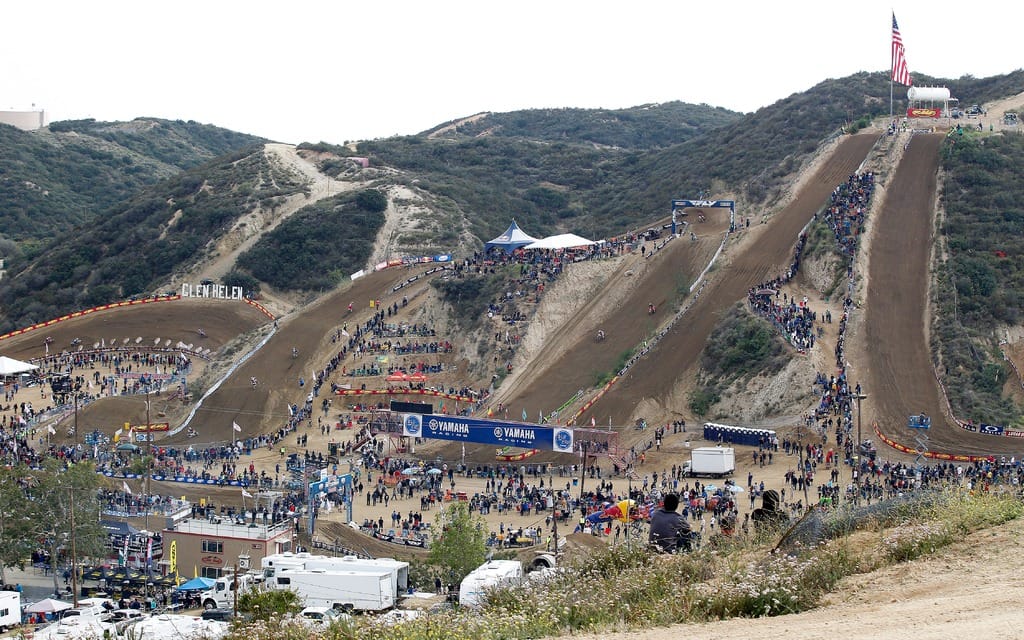 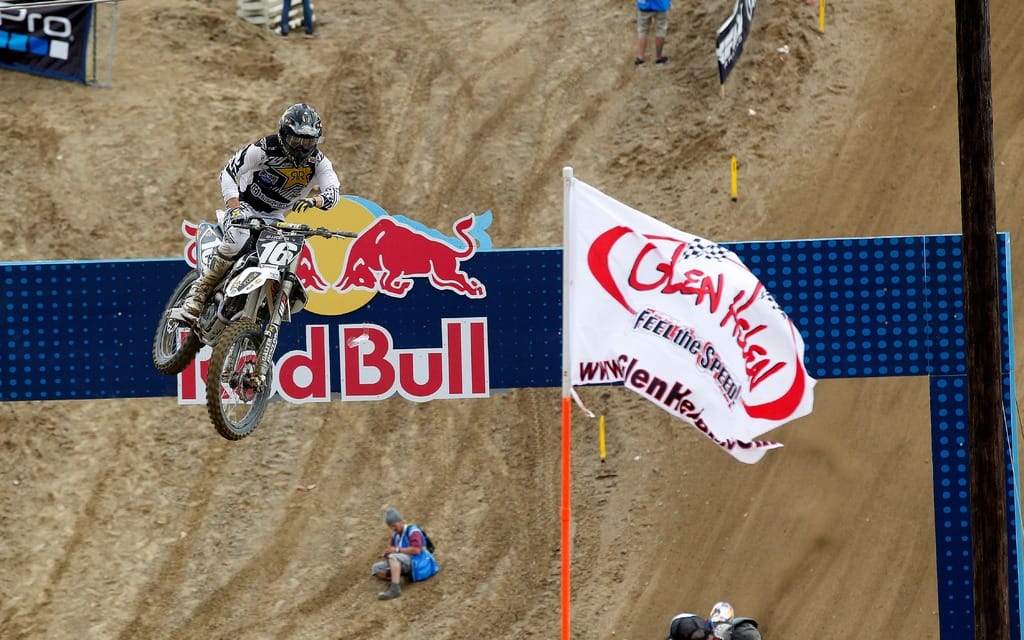 It’s the most exciting opening sequence in all of racing. Forty motocross bikes lined up abreast, engines singing, riders taut with anticipation. The gates drop, clutches are released, and bikes freed from the shackles of the starting line spring forth en masse in a violent blast of dirt. Each rider has high hopes for the headlong dash down the starting straight, all vying for that one spot, the inside line of the first corner — the mythical holeshot.

It’s especially dramatic at Glen Helen Raceway in San Bernardino, California, where the opening corner sweeps up and across a hillside. It’s unmistakable, partly because of the 10-foot-high Hollywood-style Glen Helen sign sitting atop the hill. The venue hosted its first national race in 1993 and was this year’s second stop on the AMA Pro motocross tour. The track is kinked like an unruly garden hose and undulates with the lay of the land, including a soaring climb up 400-foot-high Mt. St. Helen. Some of the ascents and descents are more reminiscent of an enduro than a motocross race, and the track has a reputation for becoming gnarled in a hurry. “You’ll always have this sort of love-hate relationship with Glen Helen simply because of how difficult it is and how rewarding it feels to achieve success here,” two-time series champ Ryan Villopoto says.

I’ve seen supercross live and it struck me as being more about the show — lasers, smoke machines, pyrotechnics, and energy drink girls in tasteless pleather outfits — than about the racing. Prior to Glen Helen, however, I hadn’t seen a motocross race in person. Would it leave me feeling as dull and lifeless as the Dome when the Jays are in a slump? Would it just be outdoor supercross?

The difference is palpable with a stroll through the paddock. Privateers and pro teams alike are in the open air, not buried in the concrete bowels of a stadium. You can hear a mechanic curse a stubborn bolt, feel the cool kiss of mist on your skin as you pass a bike being stung with the spray of a pressure washer. Everywhere you walk the high-pitched song of engines being warmed slithers through your ears in waves, quickly rolling to a crest and coming back to idle like stones settling at the bottom of a hill. Some emit an angrier, more insistent scream, like an old wind-up siren, and flare your nostrils with the sharp tang of two-stroke smoke.

There’s a lot to see at a motocross national beyond a full slate of racing. The scale of a factory team’s setup is impressive — a semi or two, a swarm of mechanics, a hospitality area for family and VIPs. But what’s more impressive is the privateer wrenching on his own bike between motos, his face covered in grime save for the reverse-raccoon effect of his goggles. He’ll sleep in his van tonight, or in a tent perched in the bed of his pickup, and go home tomorrow without a trophy, but with pride at having given his all at Glen Helen.

Then there are the spectators, who throng to the venue in the thousands (Saturday’s estimated attendance was 20,000). Fathers buy t-shirts for themselves and toy bikes for their kids in vendor’s alley. Mothers push strollers and set up shop in the infield in a sea of telescoping camp chairs (every outdoor store within a 100-mile radius must be sold out). Young children flit about on balance bikes, older ones pop wheelies on bicycles. Others crouch in the dirt and use the plastic spoons from ice cream cups to make mini motocross tracks and then race toys around berms and over jumps, mimicking their heroes.

Fans pepper the hillsides, splayed out on blankets, clustered around coolers overflowing (though not for long) with sweating cans of beer. If they haven’t brought their own, they can buy an almost-cold one for $4. They gorge on greasy hot dogs, or dig into gooey masses of nachos or chili cheese fries. There’s not a speck of quinoa in sight. There are more people with drinks in hand than without, but in contrast to the motocrossers racing past, the vibe is far from aggressive. The atmosphere is accepting and good-natured. People are here to enjoy the races, not to cause a ruckus, and for many coming to Glen Helen has become a ritual.

“I come every year,” says James, from Riverside, California. “Except last year. My truck broke down on the highway and I couldn’t make it. But I tried, man. I made a sign that said, ‘Please take me to Glen Helen. I promise I won’t murder you,’ but nobody picked me up.” He flips the brim of his hat up and adjusts his shades, his unkempt beard curling into his mouth. “I used to race here and I can’t get enough of it. I know a lot of the privateer guys and they know me. It’s like a big family.”

In addition to today’s timed practice sessions, there’s an invitational two-stroke race and two motos each for the 250 and 450 classes. As riders line up for the start there’s a steady-yet-calm press of spectators towards the Glen Helen sign. From here you hear the bikes before you see them, and it’s hard to keep your jaw from dropping as 40 bikes hurtle past, three, four, five abreast, all jockeying for position to get the best possible drive out of turn one. As quickly as they’ve come, they’re gone, and the crowd disperses to take in the rest of the race from different vantage points.

There’s no rush, really; each moto is 30 minutes long. The intense physicality of motocross racing, coupled with the length of a moto — and that there are two motos each round — means motocrossers are some of the best athletes in the world. They display astounding strength, skill, and endurance — and do so with serene grace. They float through the air in languid fluidity, and if you listen closely you can even hear the gentle snick of a gearshift before they land.

Honda’s Eli Tomac is dominant on the day, taking both 450 wins by a comfortable margin, but what remains with me is the incredible sense of intimacy you experience watching motocross live. Spectators can get — at Glen Helen, at least — up close to the action, and there really aren’t many areas that are off limits. You’re close enough to see the riders’ faces, smell their bikes’ exhaust fumes, and feel the spray of roost striking your chest. (If that doesn’t sound appealing, just stand back.) The overall atmosphere — the paddock, the fans, the racing — is intensely alive. Next summer I’ll certainly take in a Canadian motocross national. I hope to see you there.