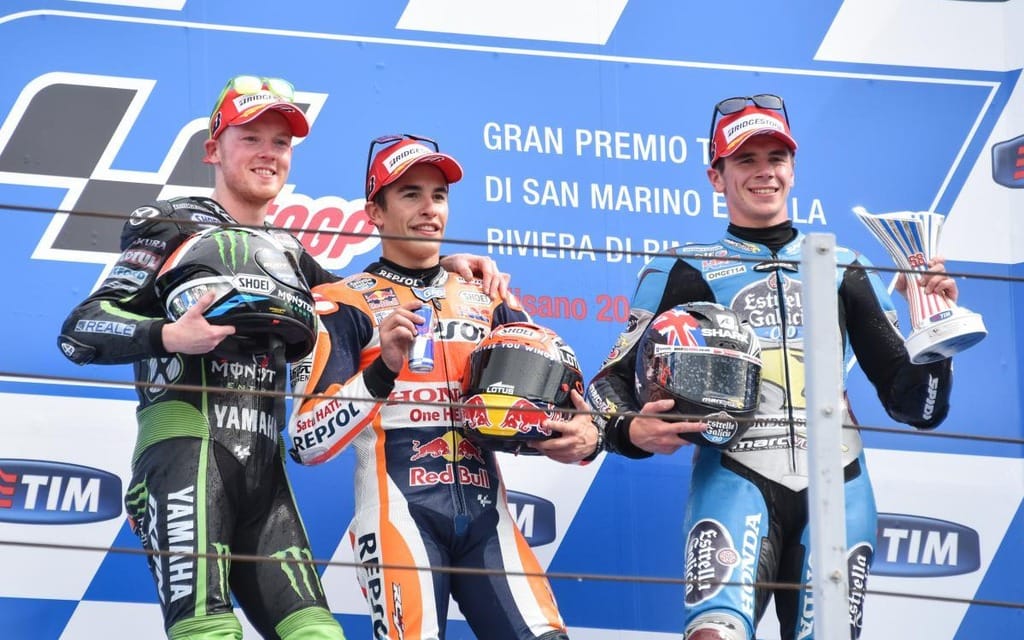 Last weekend’s MotoGP round at the Misano circuit in Italy was a memorable one with Marc Marquez (Repsol Honda) emerging victorious in the dry/wet/dry race.

The leading trio shuffled positions while the rain was falling, Rossi eventually finding himself in the lead as conditions changed yet again and a drying track caused rain tires to shred. Marquez was the first of the frontrunners to swap back to his slick-shod bike, while Rossi held out the longest, looking to build a pit-stop buffer between himself and title rival Lorenzo.

It was a moot point in the end, Lorenzo crashing out once he’d returned to his dry setup. Rossi’s late-swap eventually saw him finish fifth. Marquez went on to win and was joined on the podium by Bradley Smith (Monster Yamaha Tech 3) and Scott Redding (Marc VDS Honda), whose shrewd bike-swapping strategies saw them finish second and third, respectively. For full results from Misano, click here.

Rossi leads the overall standings with 247 points, 23 points clear of Lorenzo in second. Marquez is third overall with 184.

The next round of MotoGP goes September 27 at MotorLand Aragon, Spain.