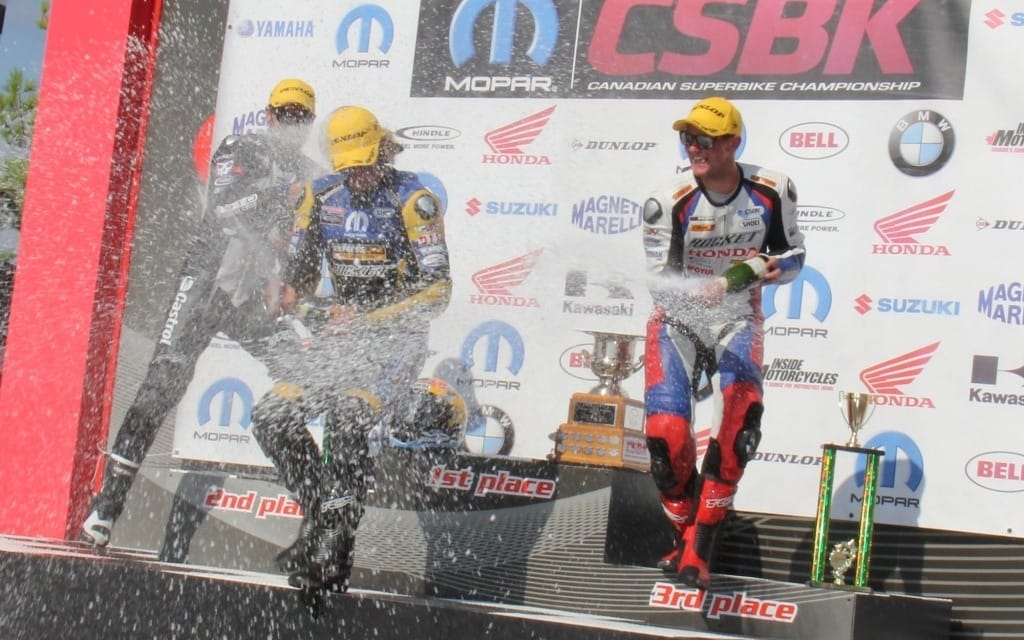 Sunday’s race offered more of the same, the top three separated by less than half a second. Szoke, who was trailing Riedmann at the start of the final lap, took the win by 0.402 seconds, while Alex Welsh (Hindle Exhaust Yamaha YZF-R1M) pipped Riedmann for second.

“It’s one thing to win a race,” Szoke said after Sunday’s race, “it’s another thing to win a perfect season. What an amazing feat for the whole team. Most of the races this year have been wicked just like this one. I’m looking forward to repeating this next year.”