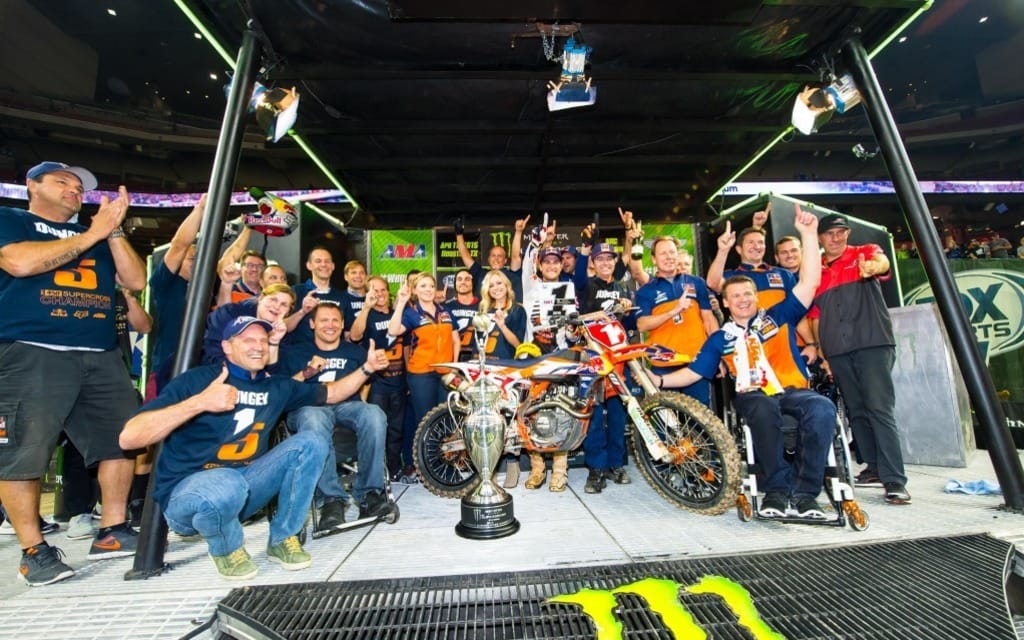 “The team and I worked so hard to get to this point,” Dungey said. “There are hardly words to explain how good this feels. There were a lot of ups and downs along the way, but my team stood behind me through it all and provided me the best bike. I am so excited for this championship but am looking forward to the next goal. We aren’t done yet.”

Stefan Pierer, KTM CEO, also commented: “To win any World Championship is an outstanding success and is of immense importance for KTM. But the US Supercross title is very special and highlights our huge commitment in the worldwide motocross sport. With tenacity we made it to the top in this sport. I would like to thank all those that have been involved and helped to push forward this extremely important project, and of course, I’d like to thank Ryan who has had a great season in 2015.”

The next round of Supercross goes tomorrow in Santa Clara, California.