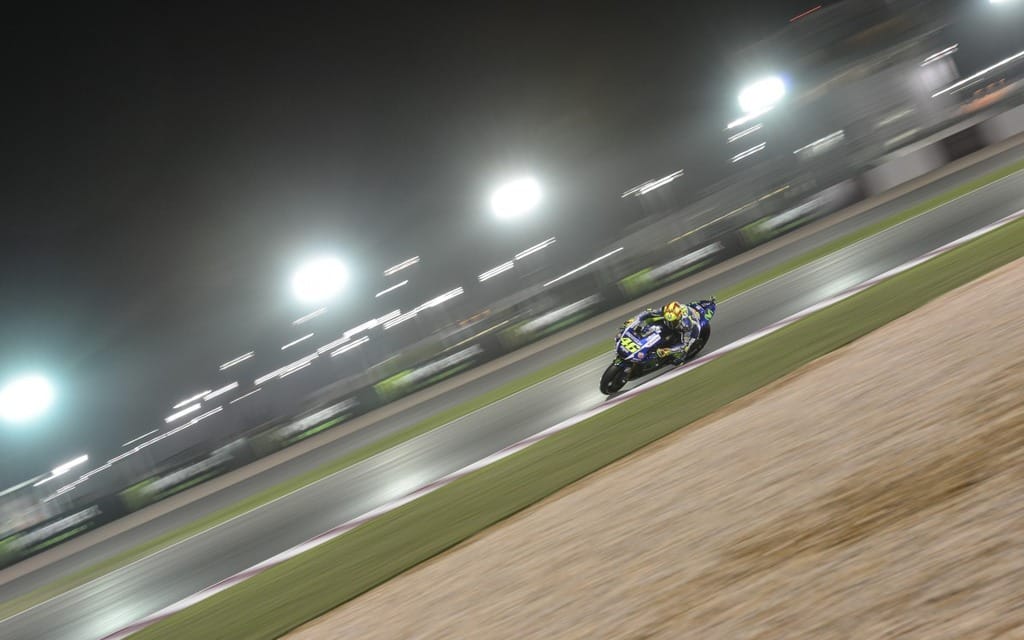 Valentino Rossi (Movistar Yamaha) showed stunning form on Sunday at the Losail International Circuit in Qatar, coming from as far back as 10th to win the 2015 MotoGP season opener.

The 36-year-old had a poor start from eighth on the grid but made up ground steadily throughout the race to set up a thrilling final few laps battling with Ducati’s Andrea Dovizioso. Dovi finished second, 0.174 seconds back, while his Ducati teammate Andrea Iannone rounded out the all-Italian podium. Two-time MotoGP champ Marc Marquez (Repsol Honda) was pushed wide at the start of the race and worked his way from dead last to fifth. For full results from Qatar, click here.

The Doctor described this race as his “best battle ever,” also adding: “In the last three seasons I always rode solid races and arrived on the podium but to come back with a victory is another thing. I am so happy because we suffered a lot during the practices and also the tests, but we worked very well for the 22 laps and I was very strong. First of all you have to be lucky, but especially the work that we do with the team during the weekend makes the difference for my pace in the race.”

The next round of MotoGP goes April 12 at Circuit of the Americas in Austin, Texas.