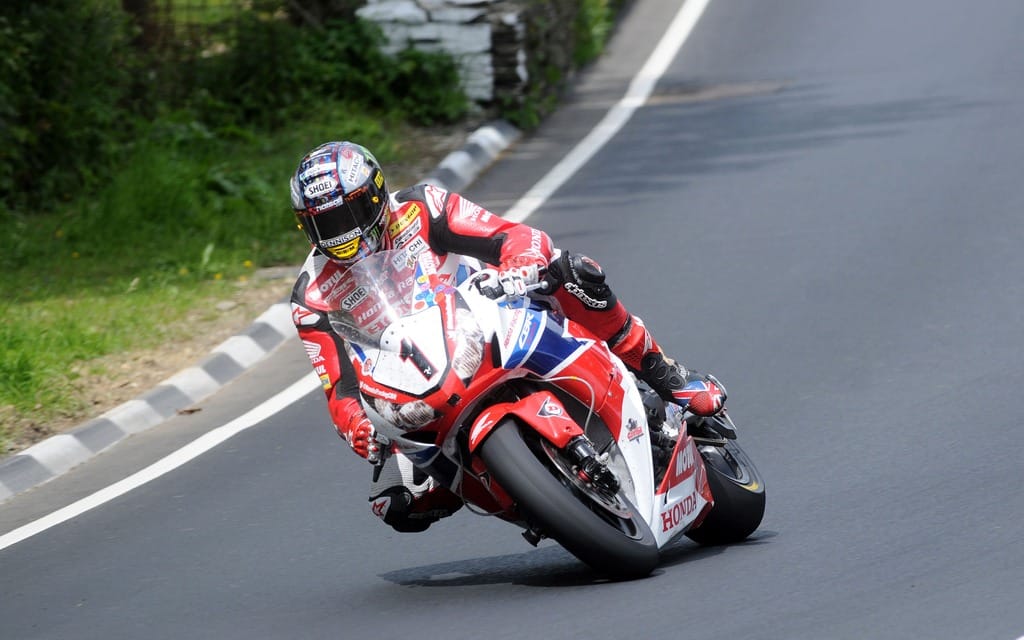 The starting order for the 2015 Isle of Man TT races has been confirmed, with Honda’s John McGuinness, who was slowed last year by a nagging wrist injury, retaining the number one plate for the Superbike and Senior races. The Morecambe Missile looks to add to his impressive tally of 21 TT wins.

James Hillier (Kawasaki) will start from second position, while Michael Dunlop (Yamaha) sets off third. Dunlop has been on a tear of late, the 25-year-old having won four races in each of the last two years. Other notables include outright lap record holder Bruce Anstey, who starts from fifth position, and Tyco BMW teammates William Dunlop and Guy Martin, who start sixth and seventh, respectively. For more information on starting numbers, click here.

The Isle of Man TT gets underway this June.