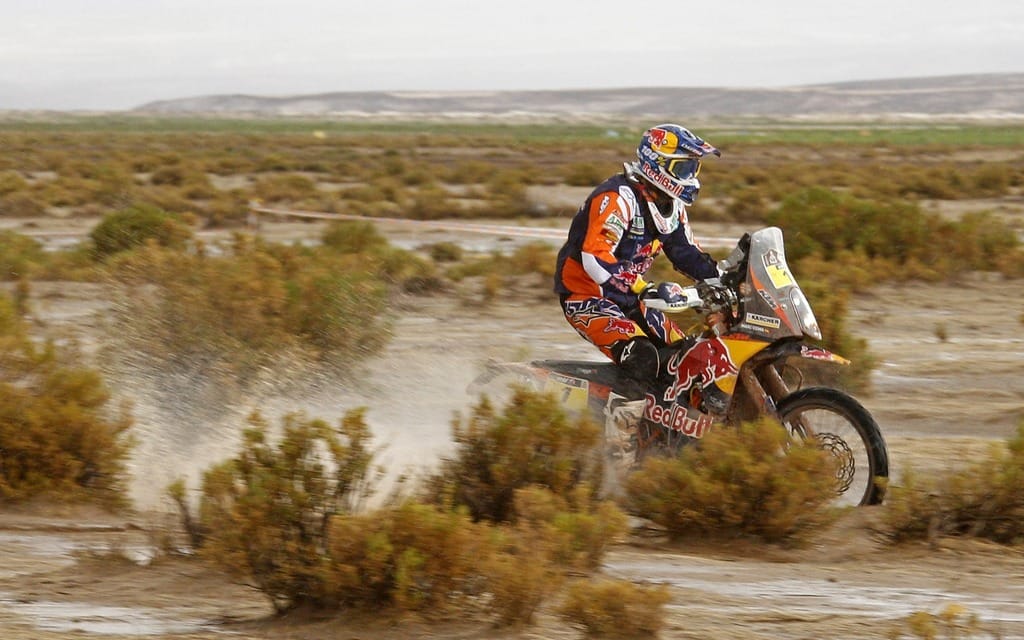 However, the Spanish rider has seen his overall lead diminished to just 6:28 over fellow Spaniard and last year’s Dakar champion Marc Coma. Coma has taken his KTM on a tear with solid riding and a win in stage five. Portugal’s Paulo Goncalves (Honda) has also ridden well and sits third overall, 10:59 behind the leader.

Barreda Bort explained the reason for his poor showing in stage seven, which saw him finish 10th on the day. He hit an obstacle, he says, and “rode 120 km with a broken handlebar. My motorcycle also stopped at another time and I lost a further four minutes. After that I pulled out all the stops. With one hand – but it’s no big deal.”