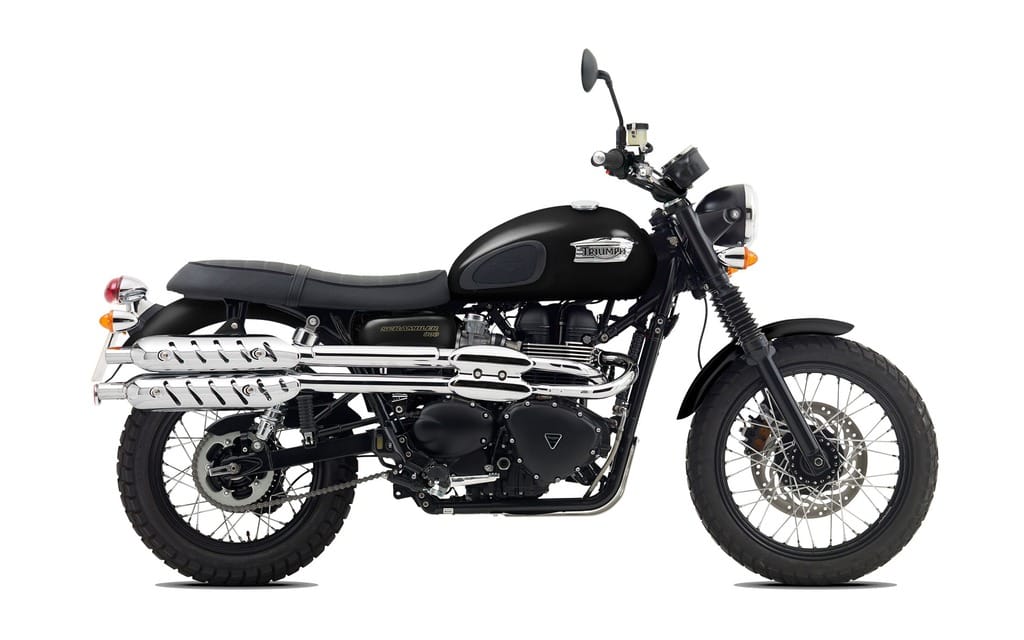 Forget Ford Explorers, a Triumph Scrambler is the ride of choice for fleeing dinosaurs.

The British bike makes a cameo in the upcoming blockbuster Jurassic World, which is set for release next June. Hollywood heartthrob Chris Pratt plays the moody main in the Steven Spielberg production, at one point using a Scrambler to bid a hasty retreat from a pack of vicious velociraptors. Click here to see the preview.

Will he make it? We’ll have to watch and find out.