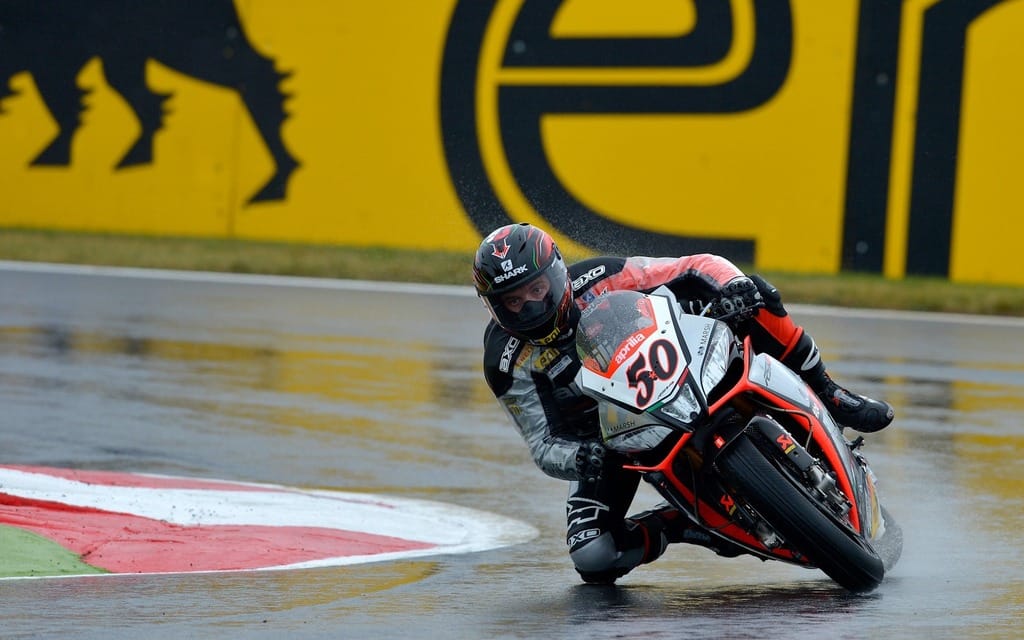 Guintoli took Race One, though team orders had much to do with that. Jonathan Rea (Pata Honda) led in the early laps but was quickly overhauled by Guintoli, who then started to stretch a gap. Meanwhile, Marco Melandri was charging. The Italian was able to close the gap, pass Guintoli, and began pulling away. Barring a mistake, it appeared Melandri would cruise to victory – until an angry face appeared on his pit board with a message to drop back a position. Melandri waved Guintoli by for the victory, gifting the Frenchman a precious five points to aid his championship bid. Jonathan Rea finished third, 5.954 seconds back. (It should be noted that Aprilia wasn’t the only team issuing orders; Kawasaki Racing had Loris Baz concede fourth place to current championship leader Tom Sykes.)

Team orders went out the window in Race Two as Melandri took the win. (He ignored another angry-faced pit board en route to victory, and we applaud him in the name of fair competition.) Guintoli finished second, 2.669 seconds back, while Leon Haslam (Pata Honda) had a stellar ride to take third, 16.450 seconds behind. For full results from Magny-Cours, click here.

Tom Sykes still leads the overall championship – albeit now narrowly – with 378 points. Sylvain Guintoli sits second with 366, while Marco Melandri is third with 312.

The final round of WSBK goes November 2 at the Losail Circuit in Qatar.