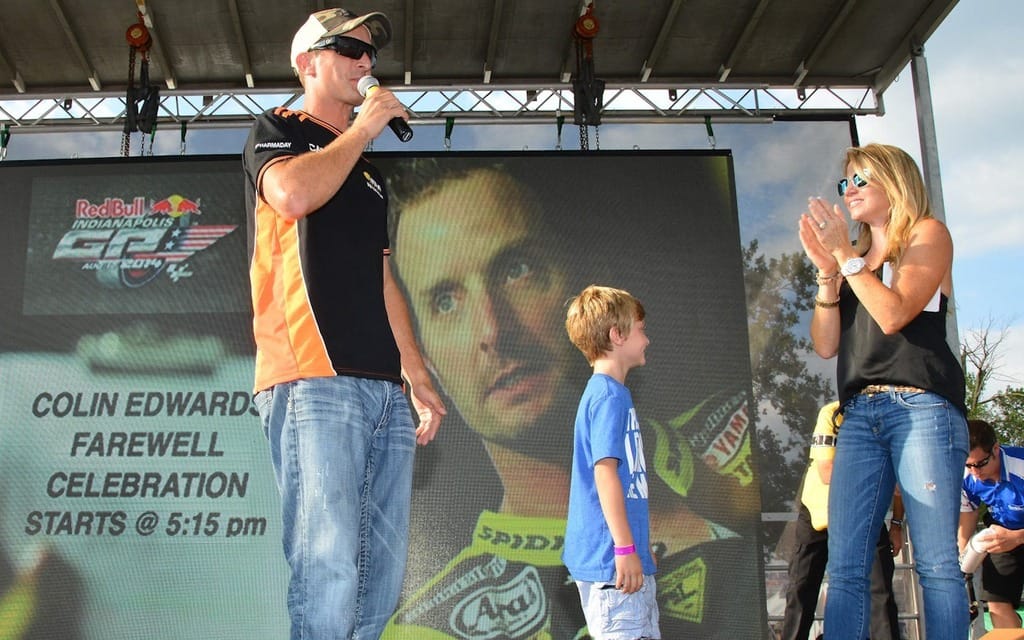 NGM Forward Racing’s Colin Edwards will be in attendance this weekend for the MotoGP British Grand Prix at Silverstone, but it looks like the Texan won’t be racing.

Crash.net cites a statement from the team that says: “Silverstone will see the attendance also of Colin Edwards, who cannot miss this important appointment with the British fans that have hugely supported the Texan legend since he was racing in Superbike, winning two world titles, before moving to MotoGP. Edwards will be busy with many promotional events.”

Will he be too busy to race? The 40-year-old is set to officially retire at the end of the season. However, he gave up his full-time seat at Forward Racing to Alex de Angelis following the Indianapolis Grand Prix, though with provisions for future wild card entries. Edwards suggested Silverstone would be one such entry. The team’s statement suggests otherwise.