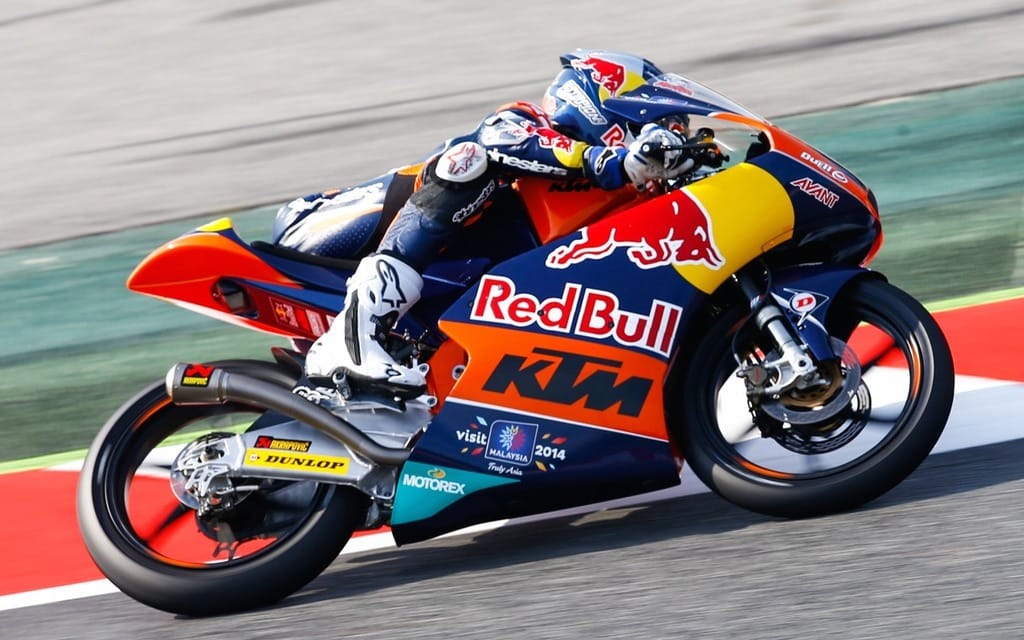 KTM has built a stellar racing reputation on the treads of its off-road machines, but it seems the Austrian manufacturer has plans to return to the top level of road racing…eventually.

While it currently has strong representation in the Moto3 class – most notably by Red Bull KTM Ajo rider Jack Miller, who leads the overall standings – KTM has been absent from MotoGP since 2005. KTM CEO Stefan Pierer recently told Speedweek.com that the absence would come to an end by 2017.

KTM is currently working on a new production racer (the RC16, said to be powered by a 1,000 cc V4 engine) and the bikes technical specifications match up with new MotoGP regulations set to take effect in 2016, so a return to the top tier seems only natural. Pierer did, however, state that KTM’s presence in MotoGP would not be as a factory team, but as motorcycles available to customer teams.