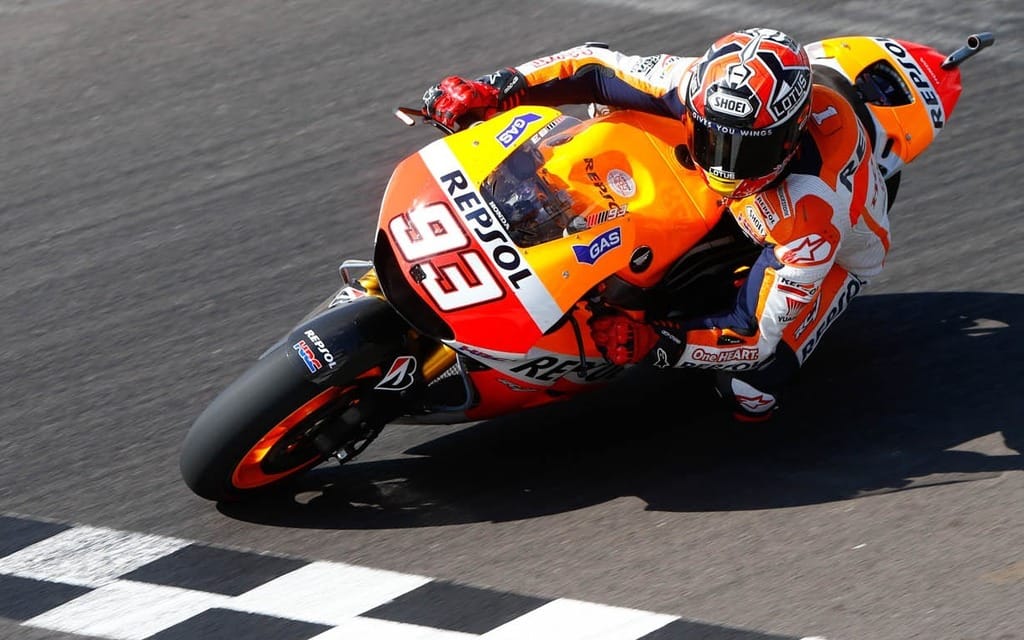 Although he started from pole position, Marquez dropped as low as seventh early on. But the young Spaniard displayed poise beyond his years, patiently picking his way through the pack and stalking Lorenzo in the latter stages, passing his countryman with eight laps remaining and pulling away for the win.

Pedrosa, meanwhile, put down a blistering pace and was able to pass Lorenzo on the penultimate lap to complete the Honda one-two, finishing 1.837 seconds behind Marquez. Lorenzo, happy to be back on the podium after the disastrous start to his season (crash in Qatar, jump start in Texas), finished third, 3.201 behind the winner. For full race results, click here.

“The first lap was very difficult and we lost some ground,” said Marquez, “but we focused and recovered well. The key to winning this race was managing the tires well, especially the rear tire. My riding style can be very hard on the rear tires, so I had to focus hard to save some tires for the end.”

The next round of MotoGP is set for May 4 in Jerez, Spain.