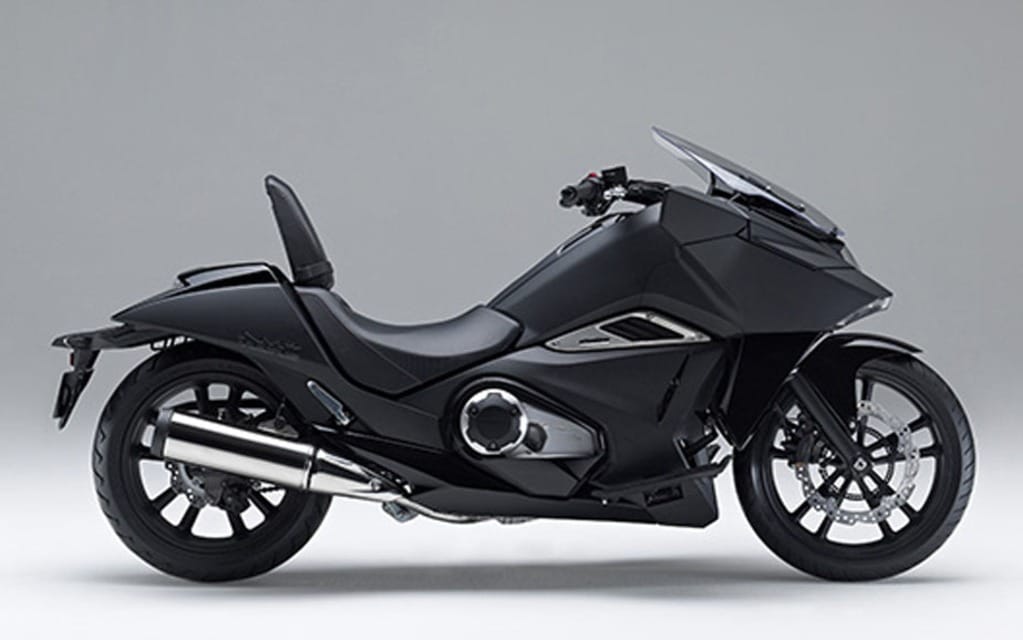 Honda has previewed a new scooter, the NM4 Vultus, designed with influences from the anime and manga television and film styles known as “Japanimation.”
The Vultus is an updated DN-01, with that model’s 745 cc low-friction, forward-canted twin-cylinder engine and a dual-clutch transmission that allows the rider to choose automatic or manual gear shifting.
Honda claims that the Vultus will reach a wider audience, which is what the company tried to do with the DN-01, a motorcycle for people who don’t like motorcycles.
Vultus is Latin for “appearance” or “face,” according to Honda, and the name refers at least partly to the LED-equipped futuristic front end of the bike.
No price or production date has been announced.