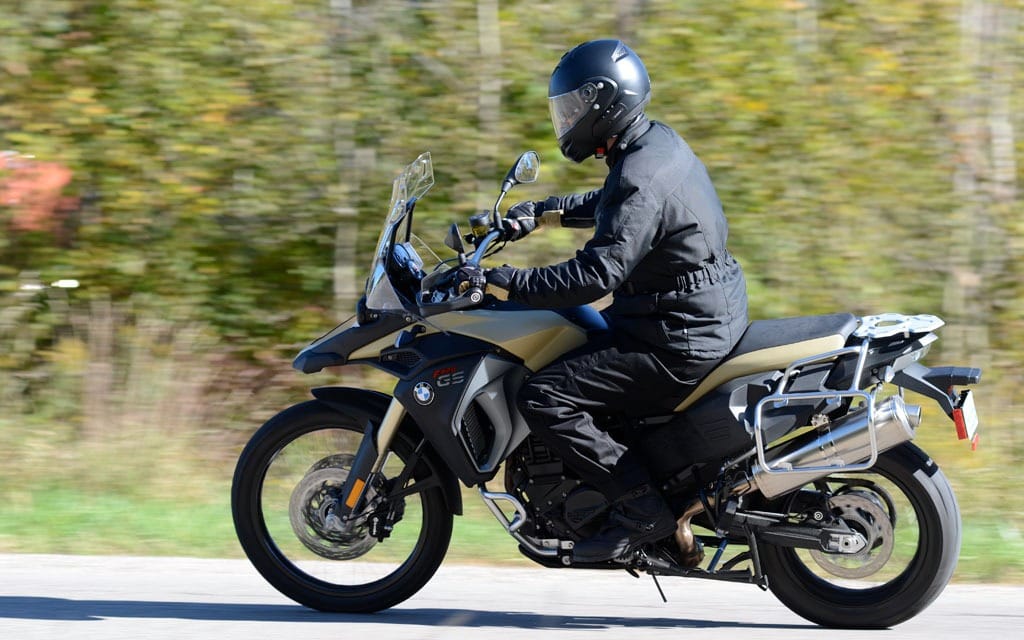 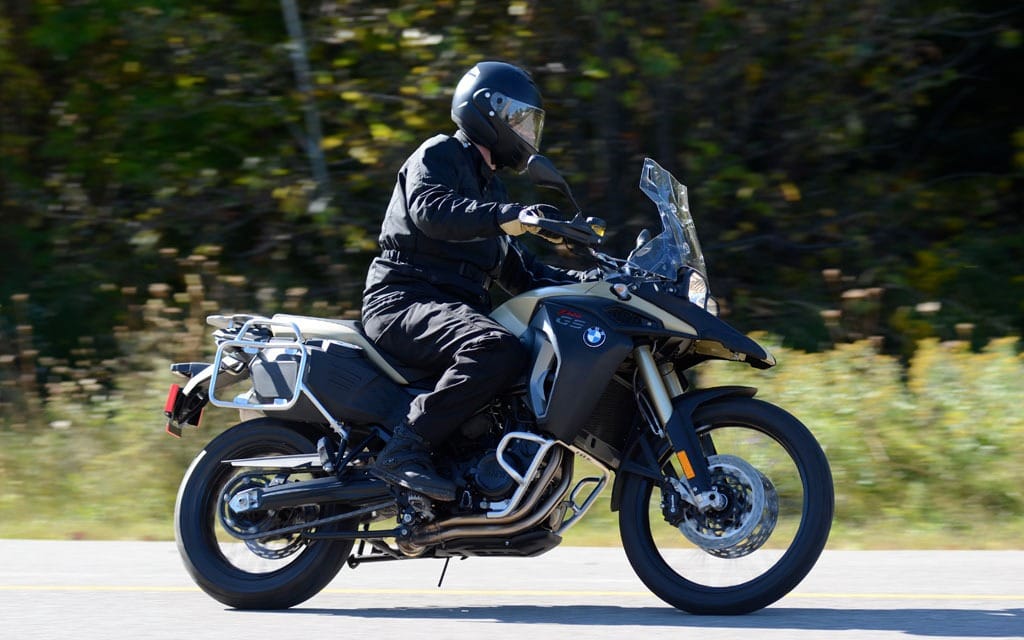 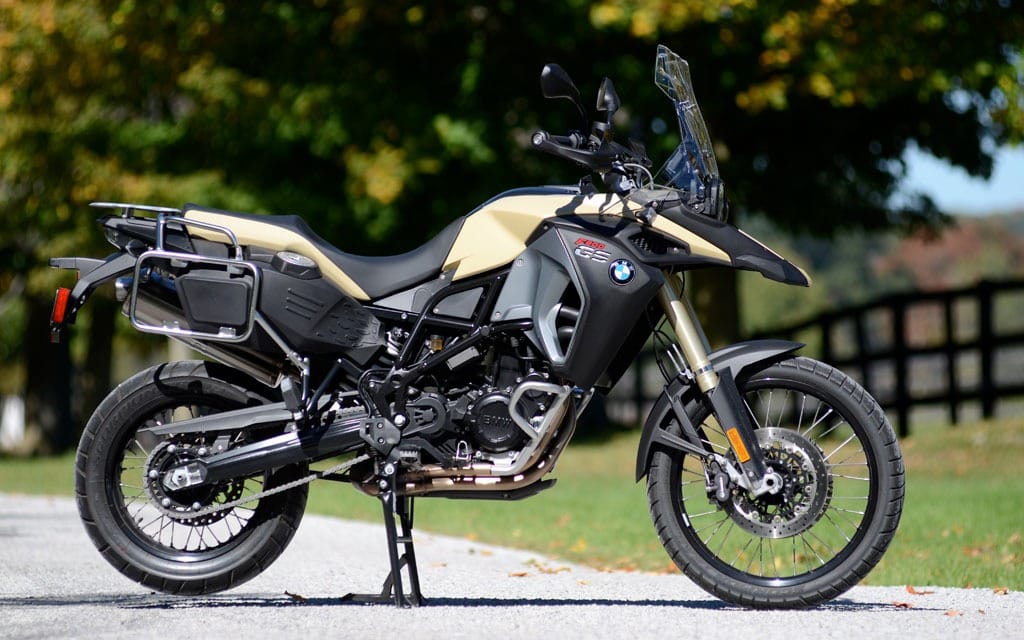 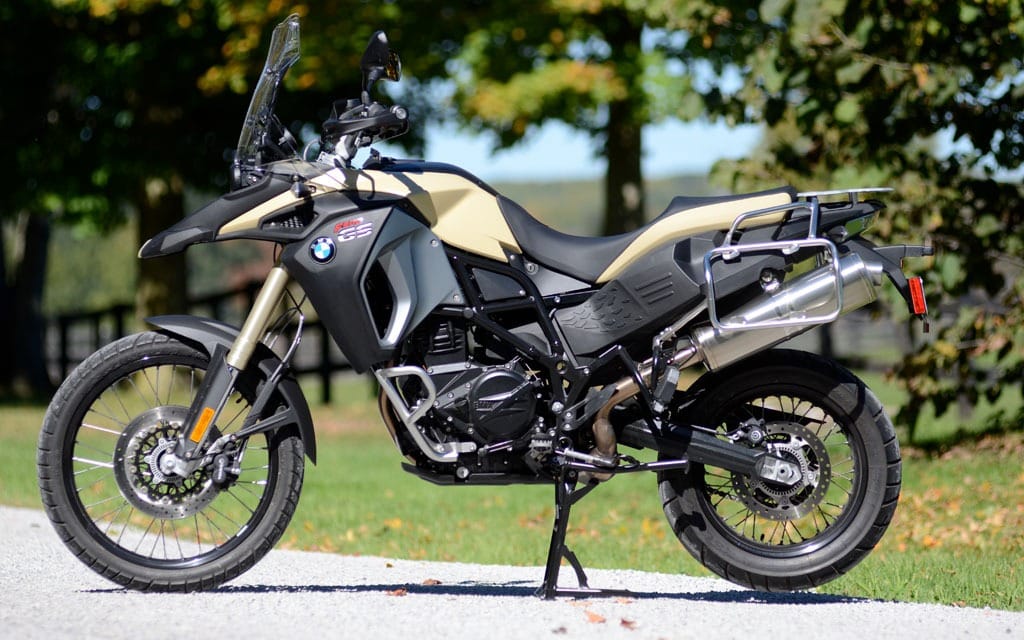 Where the air is clear

BMW’s F800GS Adventure is a middleweight motorcycle for the generous of inseam
It started with a letter, in which a reader claimed that our James Nixon, who is by any standards a strapping lad, looked ridiculously large atop Yamaha’s FZ-09 triple. And then another email arrived in which a six-foot-six reader claimed that he, as a freakishly tall person, was discriminated against because freakishly short people (anyone less than six foot six) were the only ones catered to by motorcycle manufacturers. The issue at question is inseam length. If you don’t have much of it, it’s hard to find a motorcycle seat close enough to the ground to give you flatfooted confidence. But what if you’re tall? What do you do when the world says that you should be five foot 11?

We spend too much time thinking about these things, due to the fact that Nixon (well over six feet) works alongside Steve Thornton (well under six feet). While Nixon could flatfoot an elephant, Thornton’s heels rarely touch the tarmac while he’s in the seat of a motorcycle. When we took possession of BMW’s F800GS Adventure, Neil Graham (shorter than Nixon but taller than Thornton) and Nixon snuck out and didn’t invite Thornton. Let’s keep it our secret.

With 24-litre fuel capacity, the F800GS Adventure adheres to BMW’s Adventure-bike formula of massive fuel capacity and generous seat height. At 890 mm, the Adventure’s perch is only 10 mm higher than the base F800GS, but tell someone who’s just hopped off a cruiser that 10 mm is nothing much and you’re likely to get a smack in the face.

The combination of a high seat and a wide handlebar makes the Adventure a remarkably comfortable companion for a tall rider. Graham likened the experience to driving a car if you could do so while sitting on the roof. Even the lumberjack-limbed Nixon doesn’t appear like he usually does on a motorcycle—like a circus animal riding a mini-bike. While we’ve noted the following before, it bears repeating: the monster-trail-bike riding position of bikes like the Adventure is the most comfortable way to sit for any length of time on a motorcycle. We don’t care how plush the leatherette is on your touring bike or how furry the sheepskin on your cruiser: nothing is better for a long day in the saddle than a bike with good legroom and where the footpegs are directly beneath the saddle. Nixon has vowed to coleslaw wrestle anyone who disputes this fact.

We didn’t do any off-roading on the Adventure, but riding in the province of Ontario is by default bad-roading. On real roads the Adventure’s generous suspension travel (230 mm front, 215 mm rear) does a fine job of hoodwinking you into believing that your tax dollars have been used prudently. BMW has always done a fine job in the art of suspension compliance, and the Adventure is nicely sprung and well dampened. Sometimes a smooth(ish) road on which we thought the bike could be more firmly sprung would be followed by a wretched road that made us thankful that it wasn’t.

We’ve ridden many iterations of the bike’s 798 cc parallel twin over the years, and the mill’s virtues and vices remain. (Not too many vices, really, we’re just fond of alliteration.) While it still has vestiges of parallel-twin buzz, modern counterbalancer technology means that it’s not enough to be intrusive. BMW claims 85 crankshaft horsepower, and with a full load of fuel wet weight is 229 kg, which equates to a peppy ride with enough power to keep things interesting.

BMW’s Adventure platform serves two kinds (at least) of riders: those who have chucked it all in and have the front wheel pointed at South America, and those who are in the midst of having a nervous breakdown and who fantasize about chucking it all in and going to South America. To the two types above we’ll add a (seemingly growing) list of riders who are tall and who have had enough of the cramped quarters on many of today’s motorcycles.

Here’s an odd observation: our testers agree that the Adventure is a bike that makes you want to keep going. Even the editor, a candyass who rarely chooses a long ride over a shorter one, arrived home past midnight after drifting far from home on the Adventure one fall day. Maybe it’s the Sandrover Matt paint (which appears, in tone, a little like the too-heavy foundation makeup on an ageing starlet). Maybe it’s the unhurried cadence of a long-legged under-stressed engine. Or maybe, just maybe, BMW has perfected the art of chucking it all in and hitting the road to points far, far away.