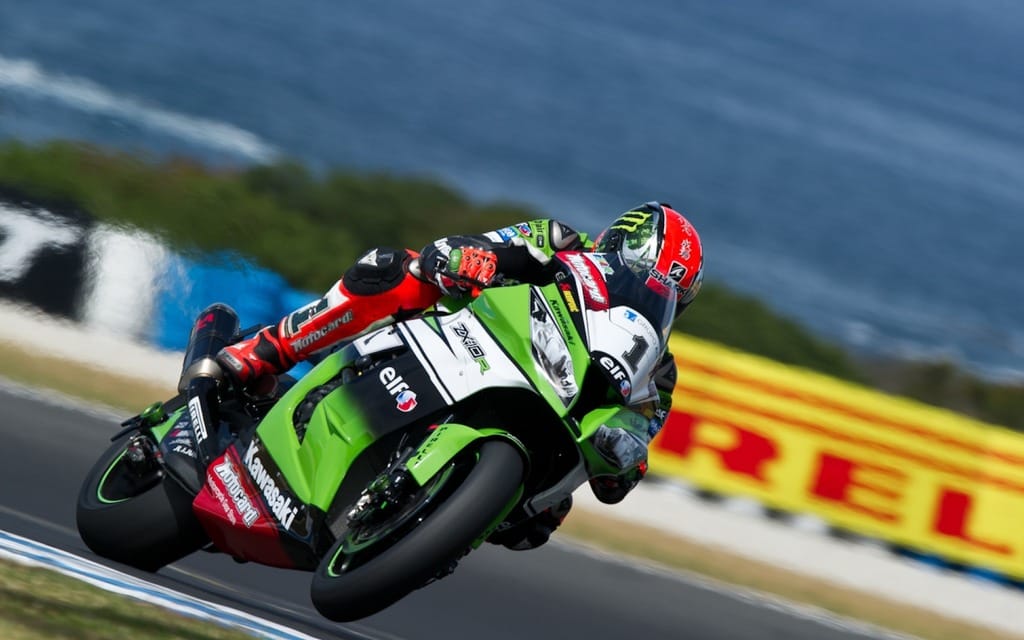 At the conclusion of World Superbike’s final pre-season test at Phillip Island, Australia, it was reigning champion Tom Sykes sitting atop the timesheet.

After combining all four testing sessions, the Kawasaki rider was fastest with a best lap of 1:30.239, just shy of Carlos Checa’s lap record at the circuit. Day one frontrunner Eugene Laverty slipped to second (1:30.513), while his Suzuki teammate Alex Lowes rose to third position (1:30.528). Italians Marco Melandri and Davide Giugliano – riding for Aprilia and Ducati, respectively – were fourth and fifth fastest (1:30.597 for Melandri, 1:30.644 for Giugliano).

Sykes commented on the test, and the upcoming race: “I am happy with the results of these two days of testing at Phillip Island. In the last couple of days we have done a lot of laps to confirm the remaining test items, so to be fastest and be one of the most consistent riders as well, I have to be very happy with that. Now we will turn our focus to performance, pure performance, over the race weekend. I will go away and have a couple of days winding down and come back on Friday ready to go again.”

The 2014 WSBK season kicks off this weekend at Australia’s Phillip Island circuit.