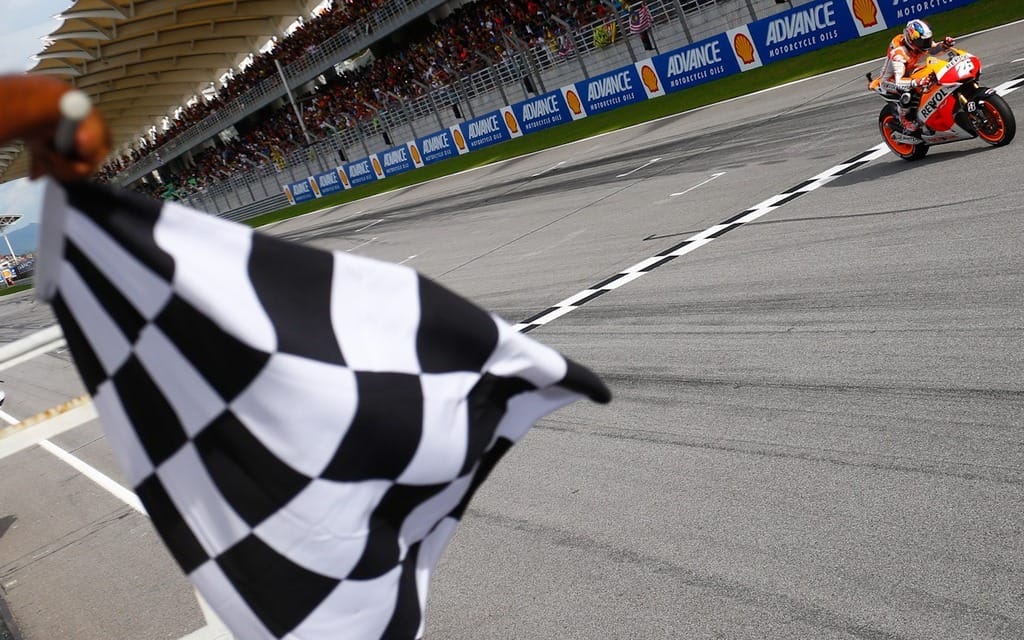 It wasn’t just motorcycles being put through their paces at MotoGP’s recent Sepang test. On day two of last week’s testing MotoGP tried out the new dashboard warning system that will be standard issue on all bikes in all classes for 2014.

The system, which operates separately from the bike’s standard ECU, receives signals from Race Control that are then displayed on the dash. Riders are given direct warnings that were previously communicated using pit boards, lights, and flag-waving marshals at trackside, although those “hands on” warnings will still be used as well.

In order to keep things simple and make sure the system works correctly, only five messages will be part of the system in 2014: a red flag, black flag, black and orange flag, and two penalty messages (a ride through penalty, and also a signal to drop back one position). The system can send signals to riders en masse, for warnings applicable to everyone, but also individually, in the case of a black flag penalty that only applies to one rider.

As reported on Crash.net, MotoGP race director Mike Webb spoke about the new system: “The reason there are only five is that those are the only five signals that I control absolutely in Race Control,” he said. “All the rest – yellow flags, blue flags, rain flags – are decisions that a marshal can make individually at their marshal post.

“Until we are one hundred percent sure about the system I’m not going to put that power into the marshals’ hands, to put display lights on dashboards. So it’s step by step; first are the things I control completely in Race Control and the next step will be to add more signals.”

For now, individual teams can decide exactly how these messages will be displayed, though a standard setup is likely in the works for next season.