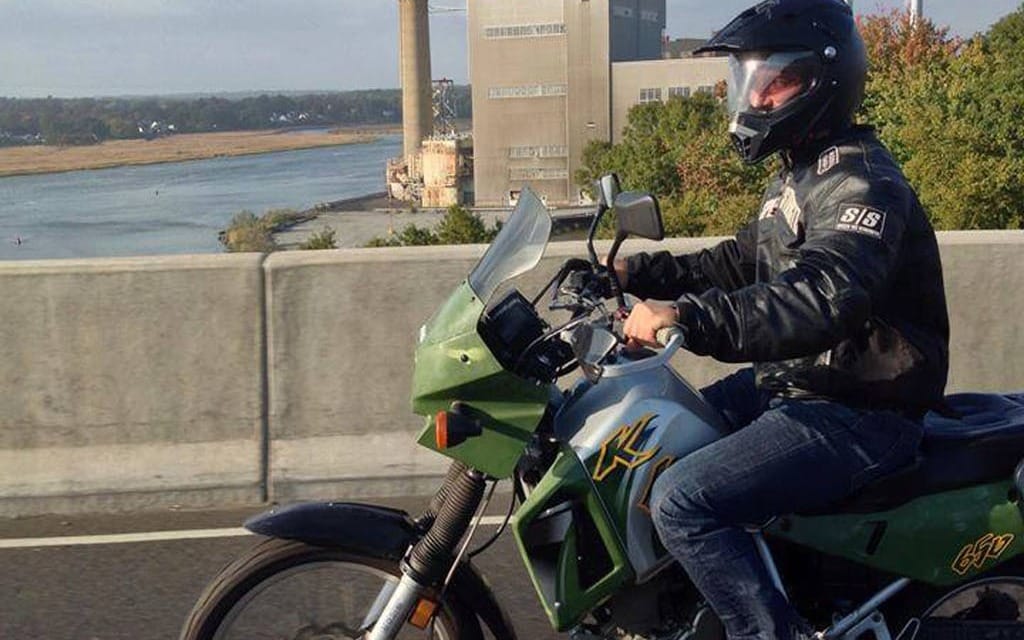 A 32-year-old New York man who was travelling alone in Mexico on a 2002 Kawasaki KLR650 disappeared shortly after sending a text message on Jan. 25 to his girlfriend and has not been seen since.

Harry Devert was travelling alone, heading toward Zihuatanejo on the Pacific Ocean coast southwest of Mexico City, when he vanished. The text message to his girlfriend, Sarah Ashley Schiear, said, “Just got an hour and a half long escort out of some area it was too dangerous for me to be. Stopping for lunch and … voila Internet. … Gonna get back on the road soon. Apparently there’s another military escort waiting for me in some other town… I’m running way late because of the crazy military stuff…hopefully get a chance to talk to you tonight when I (hopefully) finally arrive.”

Schiear quoted the message and wrote about him on a “Help Find Harry” Facebook page: “Harry was on his way from J M’s Butterfly B & B in Macheros (left at 10AM CT) to (we think) Zihuatanejo where he planned to visit the beach where the reunion scene took place at the end of the Shawshank Redemption.”

She said there has been no activity on his bank card, and his cell phone is not working. Devert has French citizenship, so the French embassy and the American embassy are working on the case.

According to a story in the International Business Times, Devert was riding near the Michoacan state, where a drug cartel and anti-drug vigilantes are known to operate. One writer on the Facebook page speculates that he may have been kidnapped and is being held for ransom. “A well-placed friend of mine who has some connections has told me that kidnapping in Southern Mexico has increased dramatically over the last week or so (mainly police related),” the writer says.