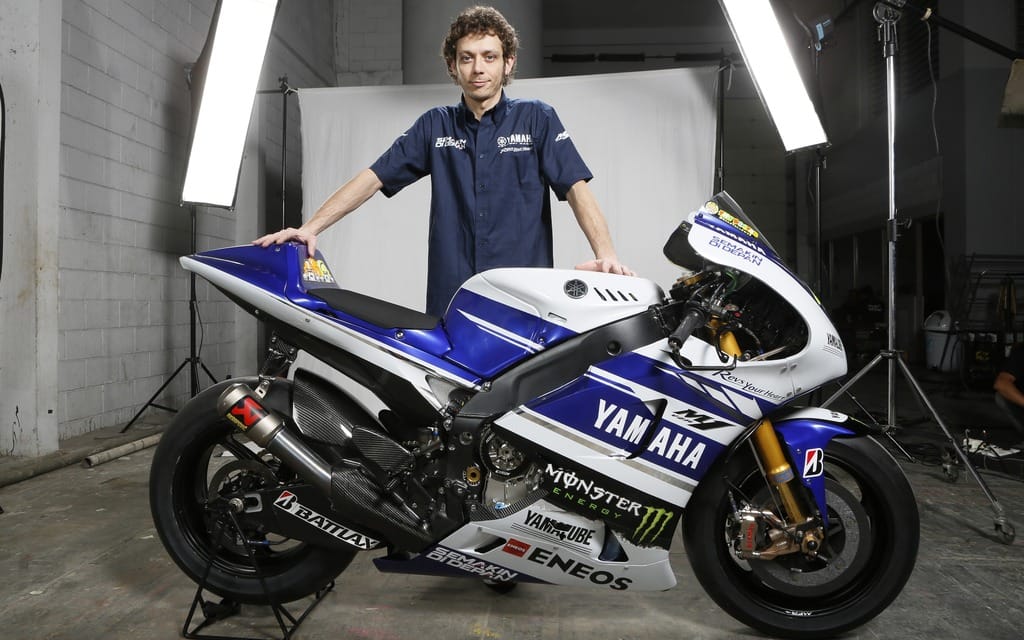 Yamaha Factory Racing riders Jorge Lorenzo and Valentino Rossi were on hand for the unveiling of the 2014 YZR-M1 that recently took place in Jakarta, Indonesia. It was a short stay – only two days – but both racers still managed to squeeze in a quick visit with Jakarta’s governor, Mr. Joko Widodo, before attending the unveiling.

Jorge Lorenzo had this to say of the new look: “I like the new bike a lot, it’s very smart with more white. It’s not just the colour though; I’m excited to see what’s inside the bike in Sepang.”

“We unveiled the new livery for 2014 today,” said Rossi. “It’s very nice, very elegant. It’s still very much in the Yamaha Factory style and I like it.”

They’ll have to content themselves with just looking for now, but not for long. The first test of 2014 takes place in Sepang in early February, while the 2014 season kicks off at the Losail Circuit in Qatar on March 23.