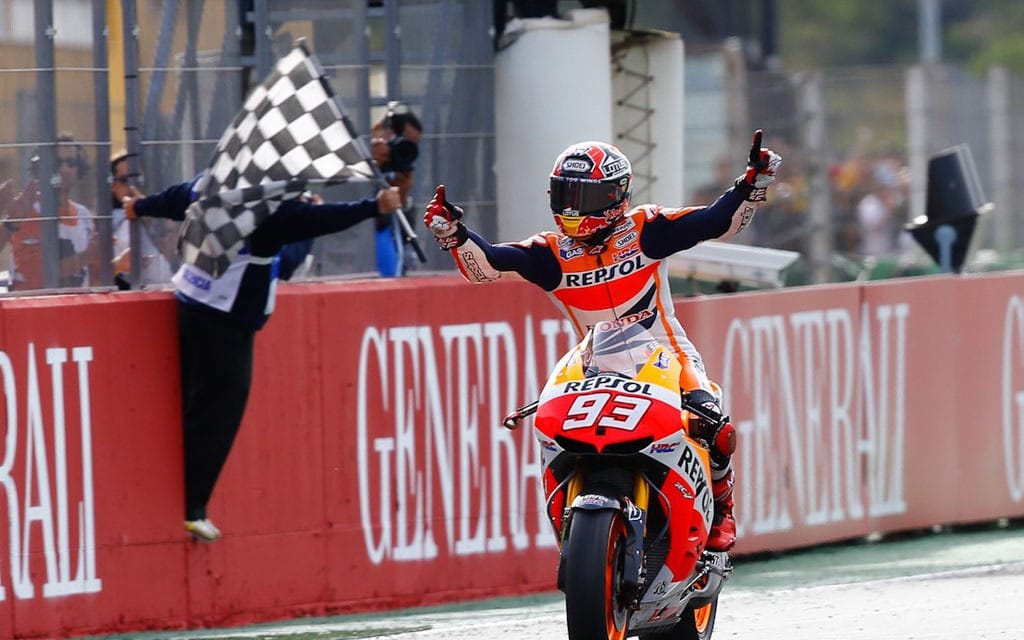 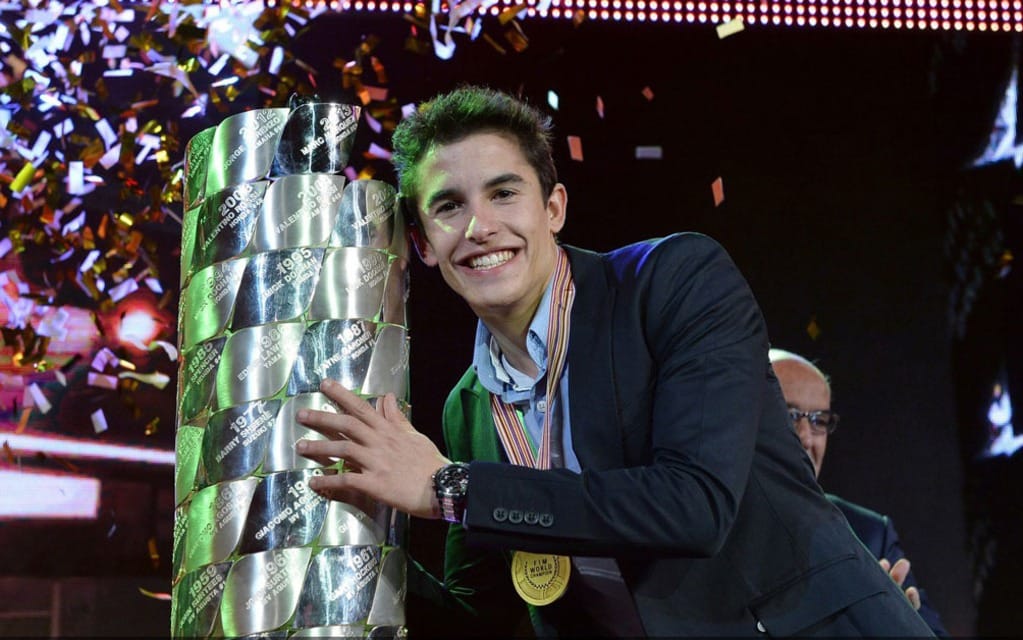 Lorenzo’s victory at Valencia not enough
Though Jorge Lorenzo got the win at Spain’s Valencia circuit, Marc Marquez’s third place finish in this weekend’s MotoGP season finale was all he needed to secure the 2013 MotoGP World Championship. At just 20 years old, Marquez becomes the youngest ever MotoGP champion, capping off a stellar season in which he claimed nine poles, won six races and finished on the podium 16 times. The Repsol Honda rider is also the first rookie champion since Kenny Roberts in 1978.

Only 13 points separated Marquez and Yamaha Factory rider Jorge Lorenzo going into the final round. The odds were still in Marquez’s favour though, as he only needed to finish in the top four to lock up the championship. The young Spaniard increased his chances of success by taking pole position at Valencia with a qualifying time of 1:30.237.

Lorenzo nullified the rookie’s initial advantage with a great start, followed closely through the first corner by Dani Pedrosa and Marquez. The field remained tight through the opening stages of the race, with Lorenzo and Pedrosa repeatedly exchanging the lead in thrilling fashion. While battling during lap 10, Lorenzo and Pedrosa touched and ran wide on the circuit’s Doohan corner. Marquez capitalized on the mistake and moved through into first, though Lorenzo retook the lead on the following lap.

After the opening flurry of action, the field started to separate with 11 laps to go. Lorenzo stretched his lead while Marquez allowed Pedrosa through into second on lap 26. Positions remained unchanged through the checkered flag. Yamaha’s Jorge Lorenzo took first place, followed by Repsol Honda teammates Dani Pedrosa and Marc Marquez in second and third. The win was Lorenzo’s eighth of the season and put him just four points shy of Marquez in the final standings.

In a statement published by motogp.com, Marquez comments on his first championship in the premier class of MotoGP. “It is a dream that has come true! Maybe too early, because I didn’t expect it in the first season of MotoGP. I cannot explain what I feel, to fight in front of all our fans with Jorge and Dani — two of the best riders in the history of MotoGP. Now I just want to say thanks to Honda, all of my team, all of the people that helped me, my family … they are always there and I don’t know what else to say because I feel so good!”