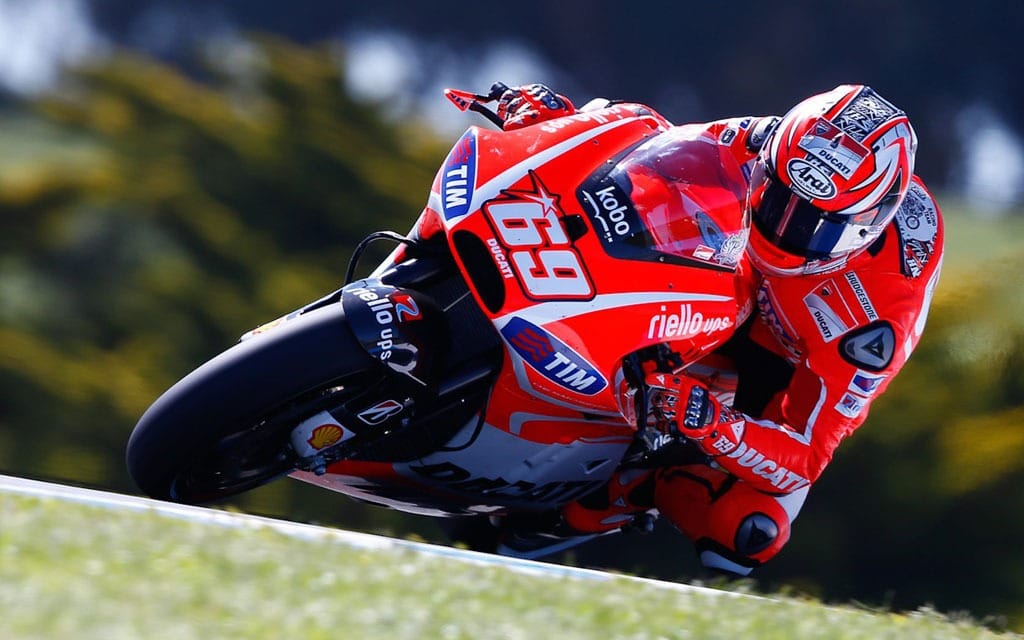 Hayden finds a new ride in MotoGP
It’s a homecoming of sorts, as Nicky Hayden will once again be riding a Honda in MotoGP. After five disappointing years with the factory Ducati team it looked like Hayden’s MotoGP career might be over when his contract wasn’t renewed by the Italian manufacturer. But rumours and speculation about Hayden’s future have been put to rest with the signing of a two-year deal with the Power Electronics Aspar Team that will keep him in MotoGP’s top class through the 2015 season.

The Aspar team, run by Jorge Martinez, will be running a pair of Honda RC1000R’s. Described as a “customer” version of Honda’s RC213V, the RC1000R is said to be not far off the specs of Honda’s full-blown factory bike. No word yet on who Hayden’s Aspar teammate will be.

Hayden is no stranger to Honda, having raced for the Repsol Honda factory team in his first six seasons in MotoGP. It was a successful stint as well, during which he was named Rookie of the Year, reached the podium numerous times, had three victories and won the MotoGP world championship in 2006. Over the past five years with Ducati he’s winless and has reached the podium only three times; a change of scenery might be just what Nicky Hayden needs.