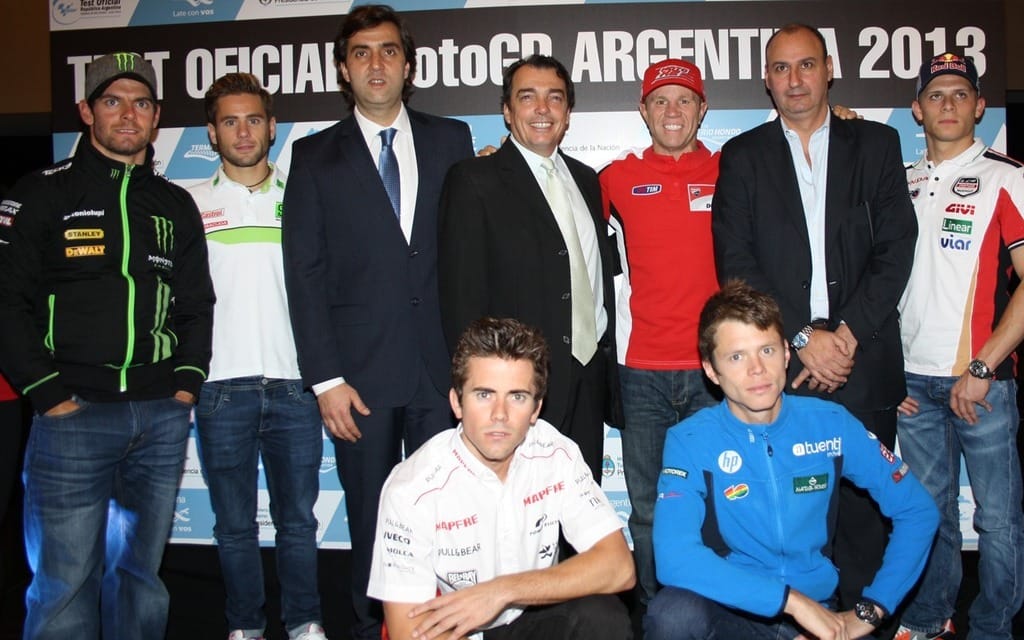 MotoGP riders Cal Crutchlow, Alvaro Bautista, Hector Barbera and Stefan Bradl along with Tito Rabat and Nico Terol from the Moto2 class are in Buenos Aires, Argentina this weekend to test the all-new circuit ahead of next year’s return to South America.

The Termas de Rio Honda race course is approximately 1,100 km north-west of Buenos Aires. It recently received the FIM approval required to host a championship round.

Plans had called for a race in Argentina in the 2013 season, but it was cancelled due to safety concerns off the track. Tension between the Spanish oil company Repsol and the Argentinean government caused Madrid to issue a travel warning to Repsol employees.

The test allows Dorna to promotional events and trot out some celebrities. Testing will take place Thursday and Friday and will allow an evaluation of safety aspects of the track and tire wear.