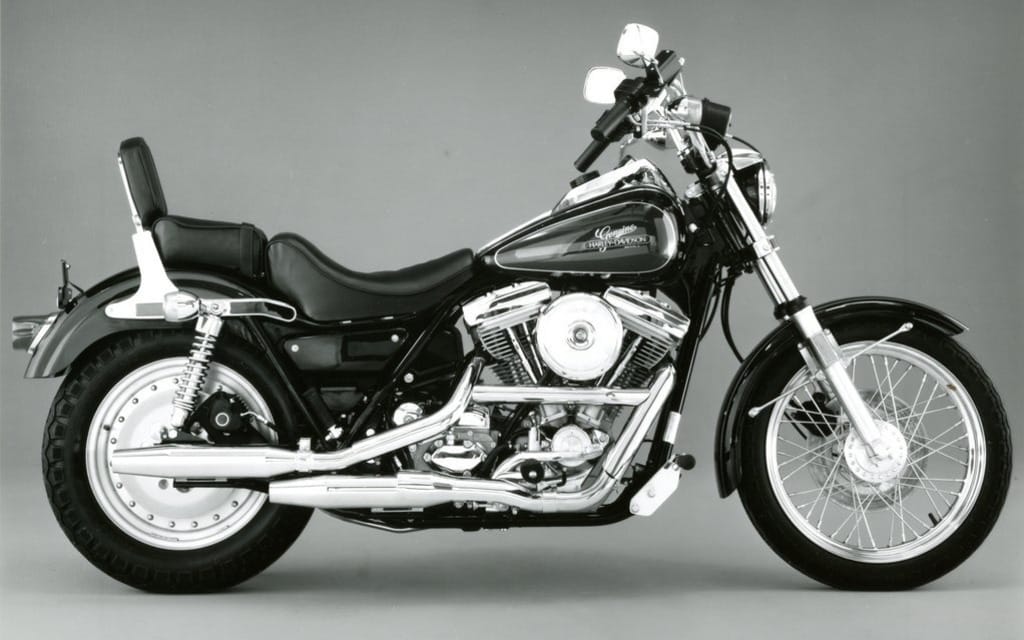 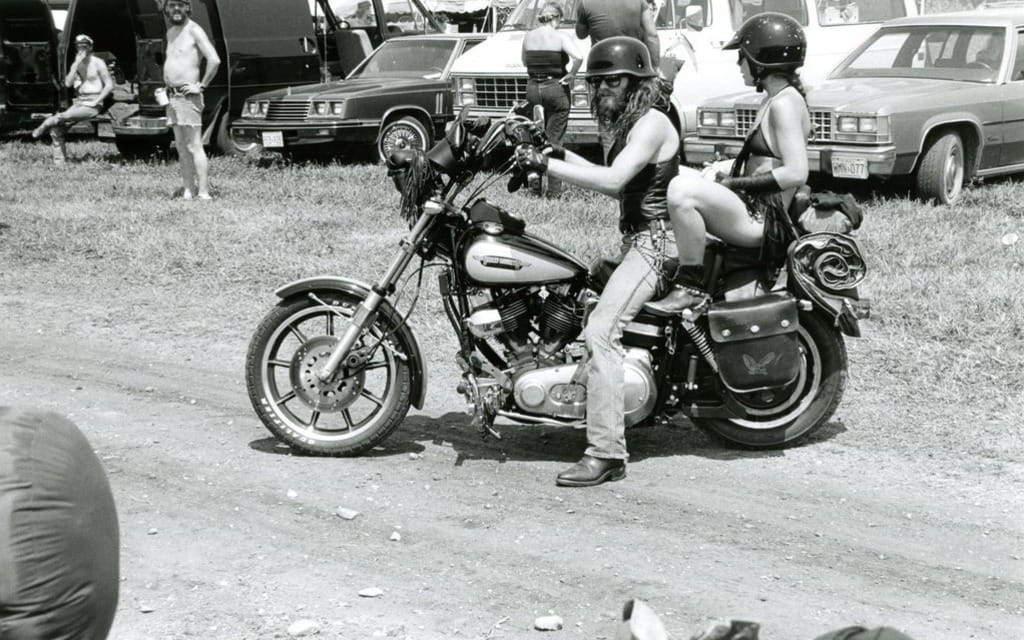 Mark Richardson In Defense of Cruisers

I once rode from Toronto to California and back on my old Suzuki DR600 dirt bike. My God, that was uncomfortable. There wasn’t a moment I didn’t want to be on something better for the long prairie highways and the curving mountain roads. Anything, really. A Vespa would’ve been fine, especially after the clutch burned out in San Francisco.

Actually, I knew what I wanted and spent those 5,000 kilometres on the ride home dreaming of the BMW R1200GS. My friend Tim had ridden out with me as far as South Dakota on his 1150GS and I’d envied him still sitting on the bike at rest stops he barely needed when my butt stung and my back throbbed and my neck ached and my wrists were fusing together. Never again, I promised, unless it’s on the Beemer. Now that’s a motorcycle that knows what it’s doing.

But when I got home, I rode the Beemer and didn’t like it; there was no room to shuffle my feet on the pegs. Its V-Strom competition was too covered in plastic. So after 25 years of riding sport bikes and dirt bikes I re-evaluated everything and decided to buy a cruiser. Which is why I’m writing now: Michael Uhlarik’s statement in January that the cruiser’s time is over and can’t die “a moment too soon” is premature, while editor Neil Graham’s jab the following month that “no one who writes about them wants to own one” demands a response. I write about them and I love my 2008 Harley-Davidson Low Rider. It’s my perfect bike.

I rode a lot of different motorcycles in my former job as editor of the Toronto Star’s automotive section. Most bikes were technically much better than my hog. One time, I spent a week riding a Honda Varadero back from Cape Breton to Toronto, detouring around the Gaspe peninsula. When I returned the Varadero and rode away from the warehouse on the Low Rider, I thought the Harley’s rear tire was flat and stopped to check it but no — it was fine. It just felt flat compared to the precision of the Honda.

But I don’t care. I just don’t ride so fast and the bike gives everything I want. I don’t get speeding tickets any more but there’s as much satisfaction riding a corner as there is with any sportbike. And when I’m riding at nine-tenths and pass a speed trap, I wave at the cop and he waves back because I’m within the limit, but it doesn’t feel like it. I’m riding for myself on my cruiser, not to keep up or show off but to feel good about the road.

People ask me all the time why I bought a Harley. My riding friends are incredulous. The answer’s simple: hogs are no longer overpriced and they’re of good quality and after years of finding their way, they’re reliable and technically competent. I’ve been to the Harley factories in Wisconsin and Milwaukee and I’ve even shaken Willie G. Davidson’s hand. I also wanted to slow down and ride with my kids. But the real reason is emotional, as motorcycles should be.

Once I started thinking about a laid-back bike, in my mind’s eye, I knew exactly what I wanted. I’d seen it only once, and then for just a few seconds, but the image never went away: a cruiser parked to wait for a river ferry in Alaska, 25 years before. Back then, I rode past on my dirt bike, that same Suzuki DR600, following the river and glancing over at the dock, and saw the bike there. Luggage high on the rear seat, acting as a rest for the rider who was standing beside the bike having a smoke. It was late in the day so almost a silhouette, but the bike was framed by the river behind, water sparkling through its spoked wheels, its front fork pushed a little forward to allow the engine to stand out in the diffused light, a few glints of chrome from the tops of the cylinders. The rider was watching me and gave a slight nod as I passed, one explorer to another. I’d never seen anything so cool.

Now, I looked at the Harley website and saw the Low Rider and recognized that bike from years ago. I don’t know if the Alaskan machine was, in reality, anything like a Low Rider, but I do know my memory had made it into the bike I was looking at on the computer screen. It was pretty with plenty of chrome, and copper and black paintwork in the company’s 105th anniversary colors. I liked that. I took a test ride and the handlebar grips fell naturally into place. I started the engine and it sounded good. I rode away and my feet lifted comfortably onto the mid-mounted foot pegs, then forward to the highway pegs. I could imagine settling back against the luggage and riding to Alaska.

There were some fixes needed, of course. A windshield, to take the pressure off the arms and the small of the back at speed, so I can relax while the bike cuts its way through the wind. Some saddlebags for basic luggage. A new seat, designed for distance, so I can travel all day without hurting my butt.

Most important, though, the wheels had to be chromed and laced with traditional spokes, not the modern cast, five-spoke wheels of the basic model. There had to be a pattern there so I could look through it and see the sparkles of light on the other side.

I realized as soon as I rode it that this should be my motorcycle. When I handed over the cheque and rode her away from the shop, her fiery copper-top personality came through and I knew her name was Lucy. Lucy Low. I took her home and started making plans for a road trip to California.

I didn’t make any Harley friends on that long ride west, but I was comfortable and relaxed. I stopped at Home Depot and bought a large outside cushion to bungee to the tall pack on the back seat (and removed the Martha Stewart label), so when I leaned against it my arms were ideally crooked and my legs perfectly stretched. On the long prairie highways, Lucy ate up the distance at 120 km/h with no need to rest; on the curving mountain roads, following a river that splashed light into the edges of my eyes and with the sun falling through the forest’s overhead branches, I’d tip into a turn and the footpeg would come close to the ground, skimming the side of my boot’s sole along the asphalt. And then the road would straighten and I’d roll open the throttle to build a little speed to complete the turn and the bike would come upright again, and I’d move my feet up to the forward pegs. The combination of calm and speed with the possibility of violence at any moment is something enjoyed by every rider, whatever the machine.

I’m like a lot of people in their 40s and older who have come to accept what makes them happy and don’t care what others think, which is why Uhlarik’s comment was premature. He can keep his sportbikes; Graham is welcome to his Ducati. If I had a choice of a press bike to ride, I’d take that Varadero but a bike to own for the rest of my life? Give me my cruiser. Lucy may have her limitations but they can all be forgiven because in my eyes, she’s perfect.