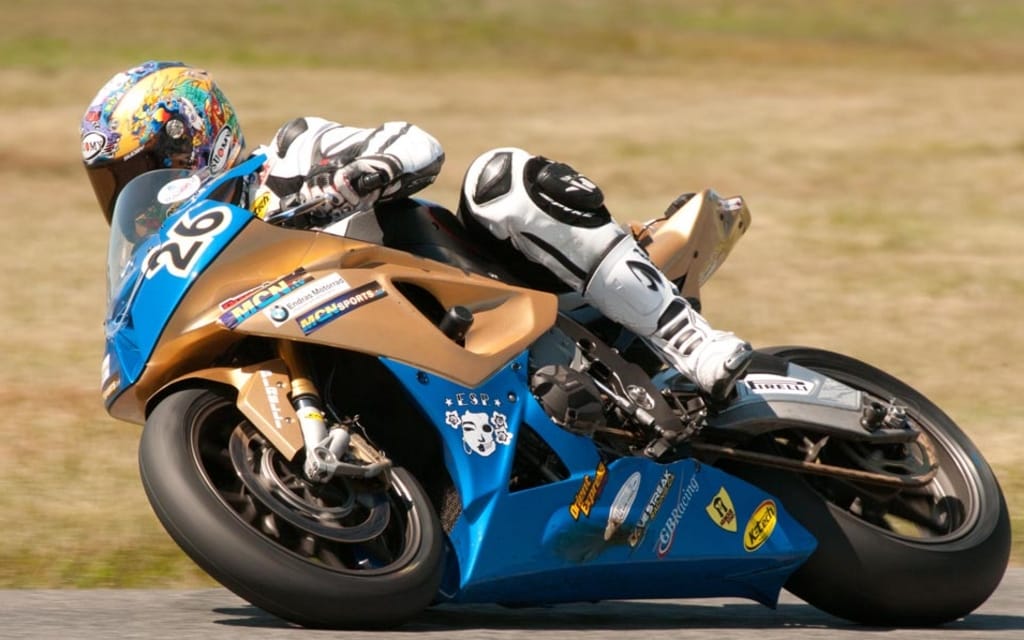 Andrew Nelson took the lead on the first lap and notched his first career national Superbike win in the first round of the Canadian Superbike Championship at Shannonville Motorsports Park on Sunday. Nelson finished with a 4.270 second lead over second place finisher Matt McBride. Jordan Szoke came in third, after qualifying on the pole, to complete a BMW sweep of the podium.

Fourth place Alex Welsh posted the fastest lap of the race at 1:10.847 on his Suzuki GSX-R1000, but finished 9.547 seconds back, nipping at Szoke’s heels. The Superbike race was declared a wet race and was run on rain tires.

In the K&N Filters Pro Sportbike class, Suzuki GSX-R600-mounted Frank Trombino used a last lap pass to eke out a win over Jodi Christie. Trombino crossed the stripe just 0.307 seconds ahead of Christie.

The eternaly competative Steve Crevier won the Harley XR1200 race with a comfortable gap of 6.677 seconds over Darren James. Crevier’s best lap time on the XR1200 was 1:10.527 seconds in dry conditions.

Full results are available on the Canadian Superbike website. The next round, in St. Eustache Quebec, goes July 8th.