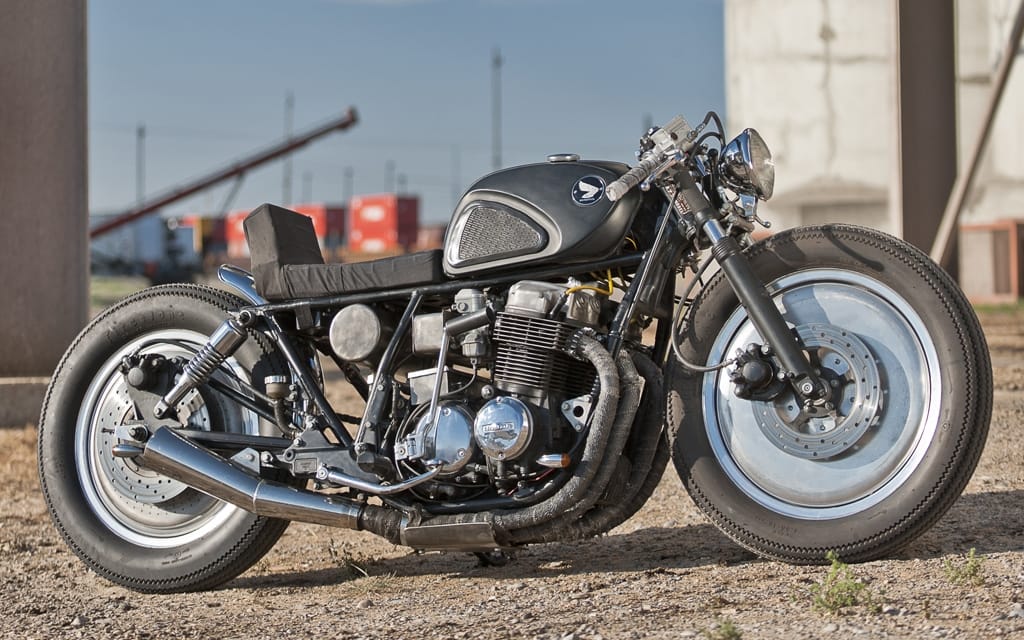 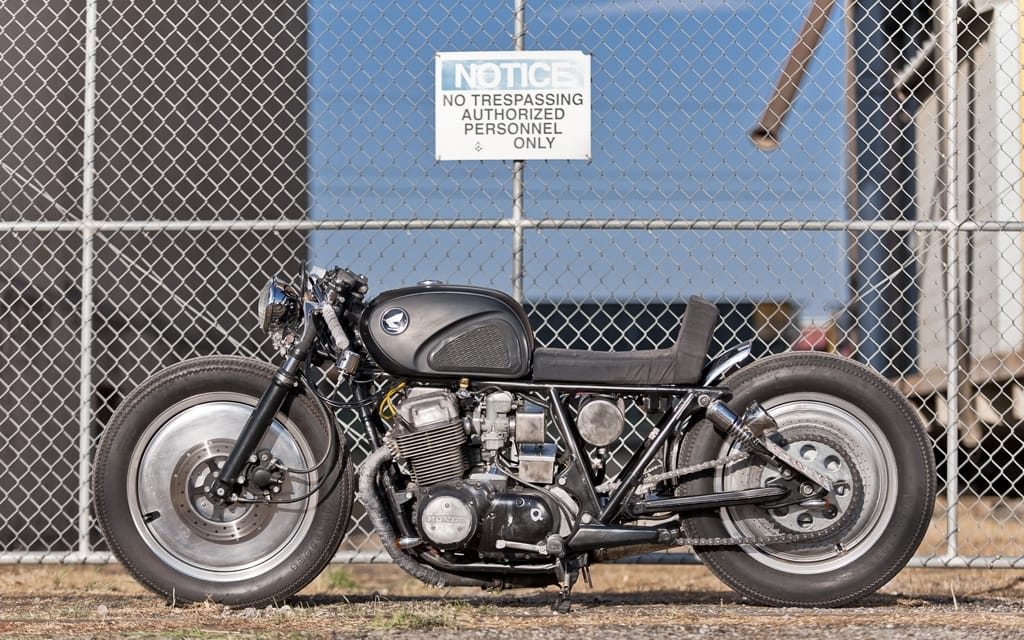 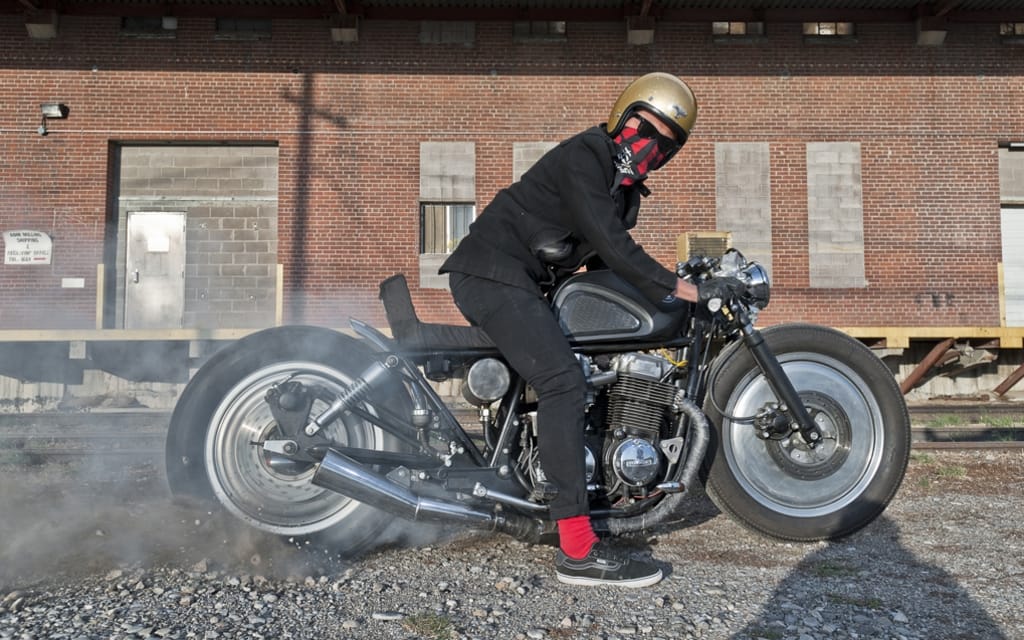 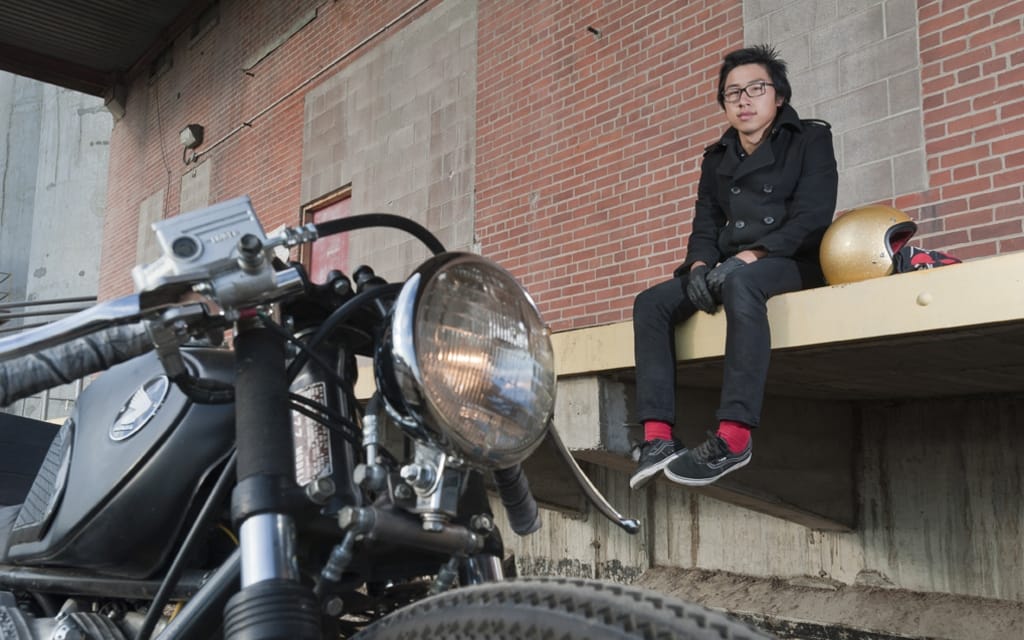 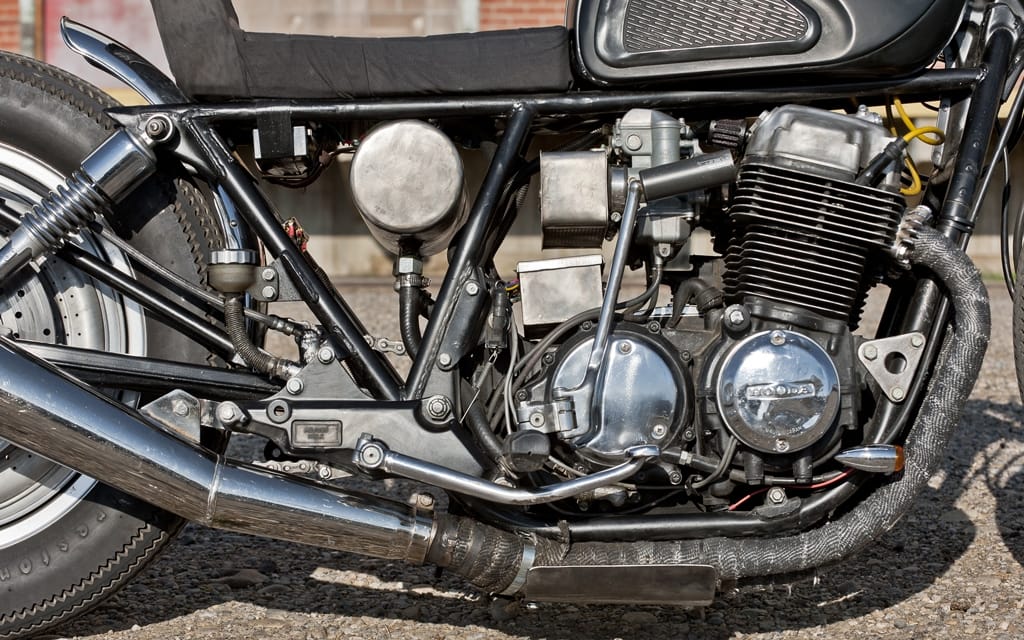 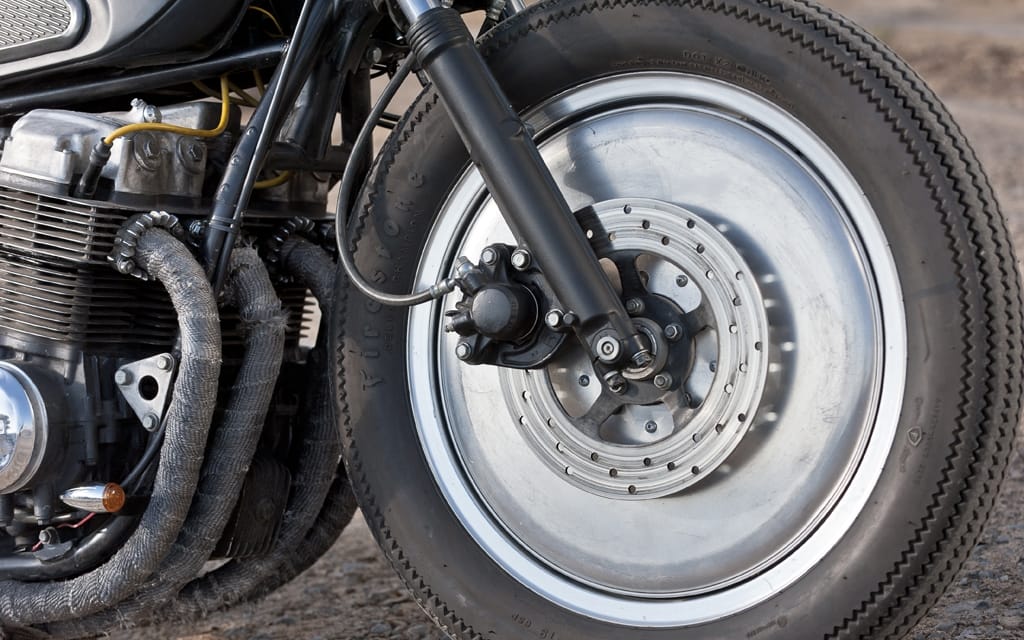 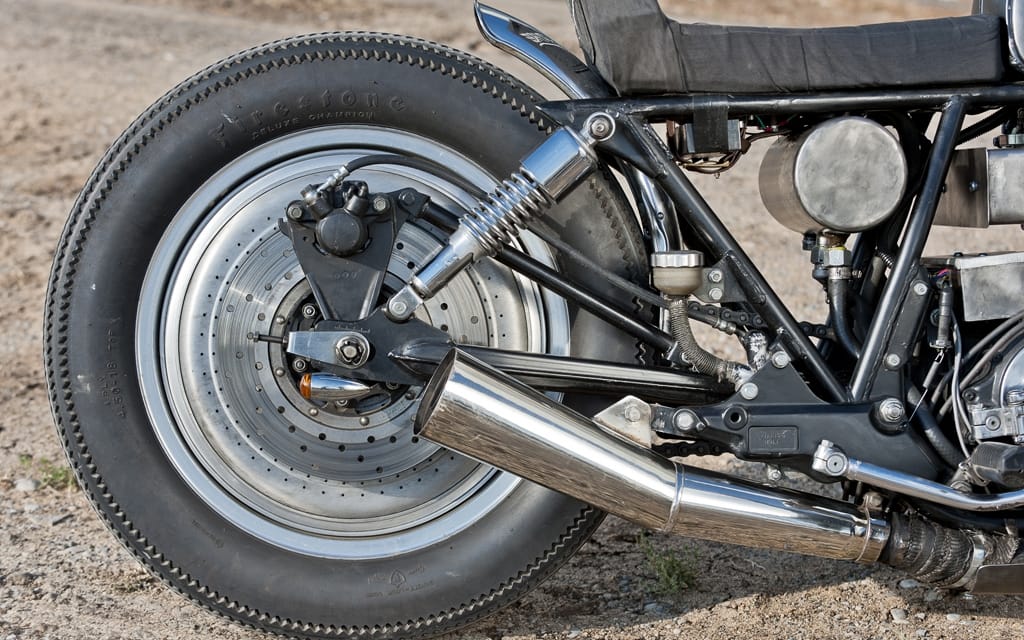 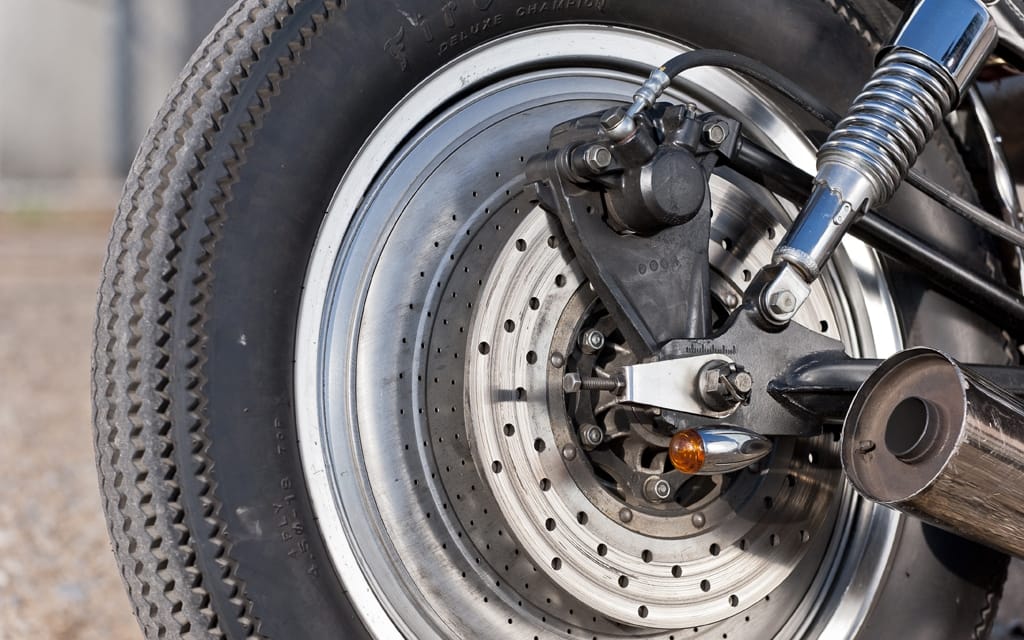 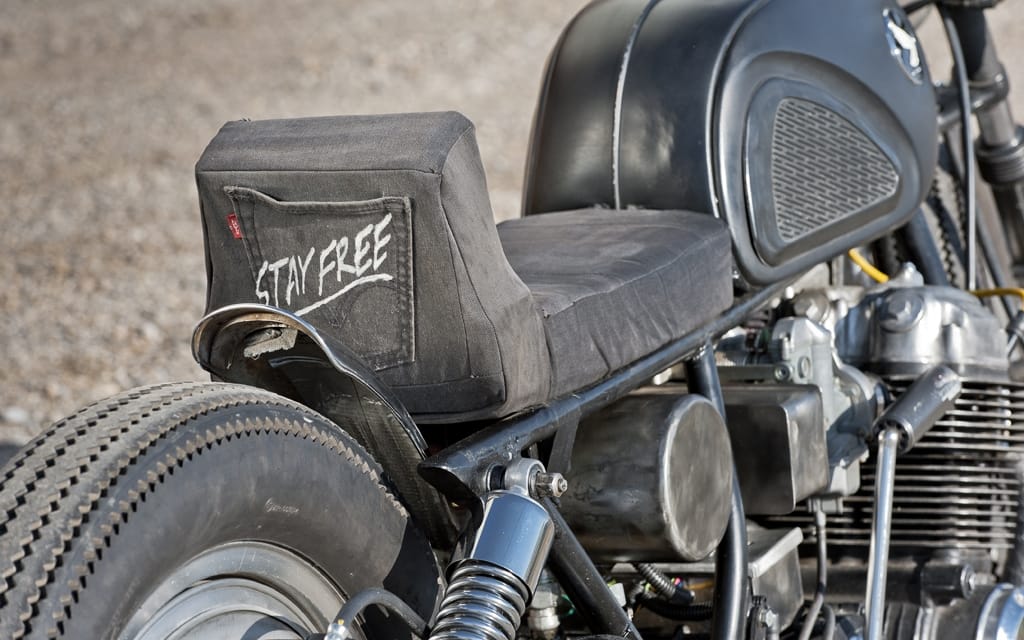 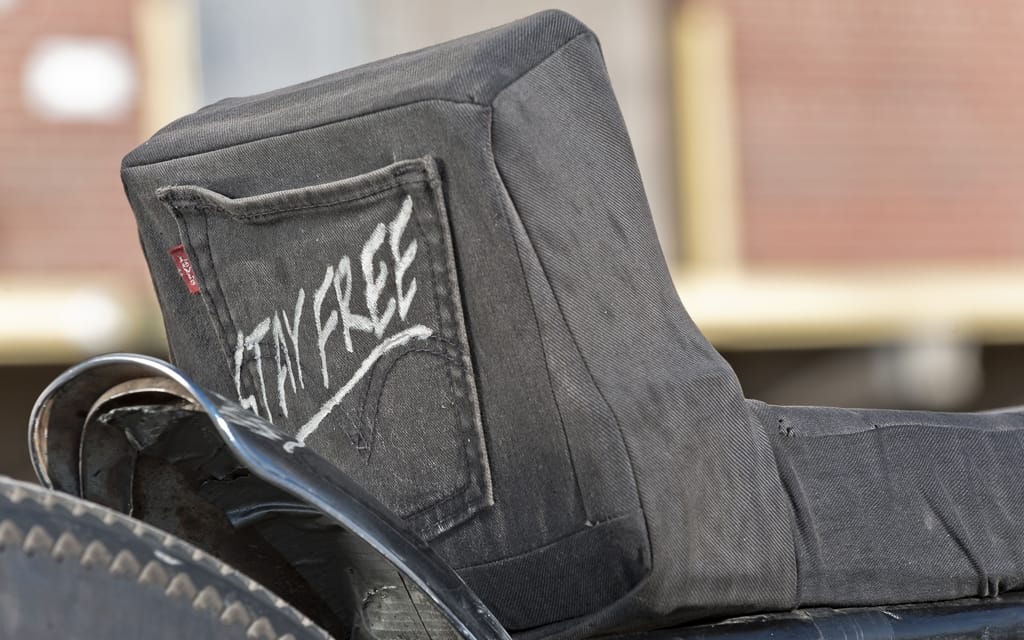 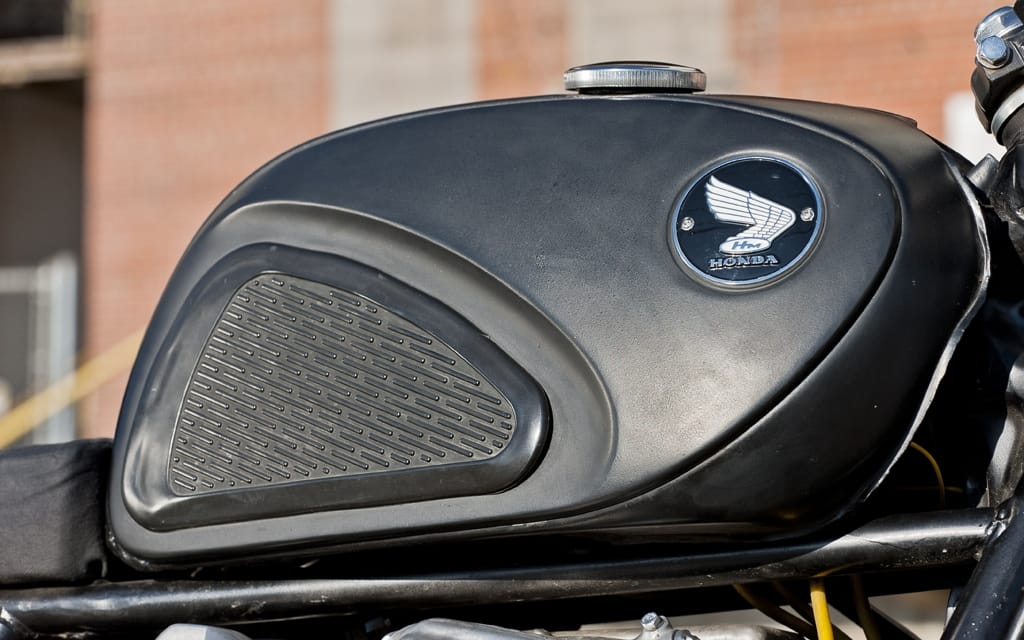 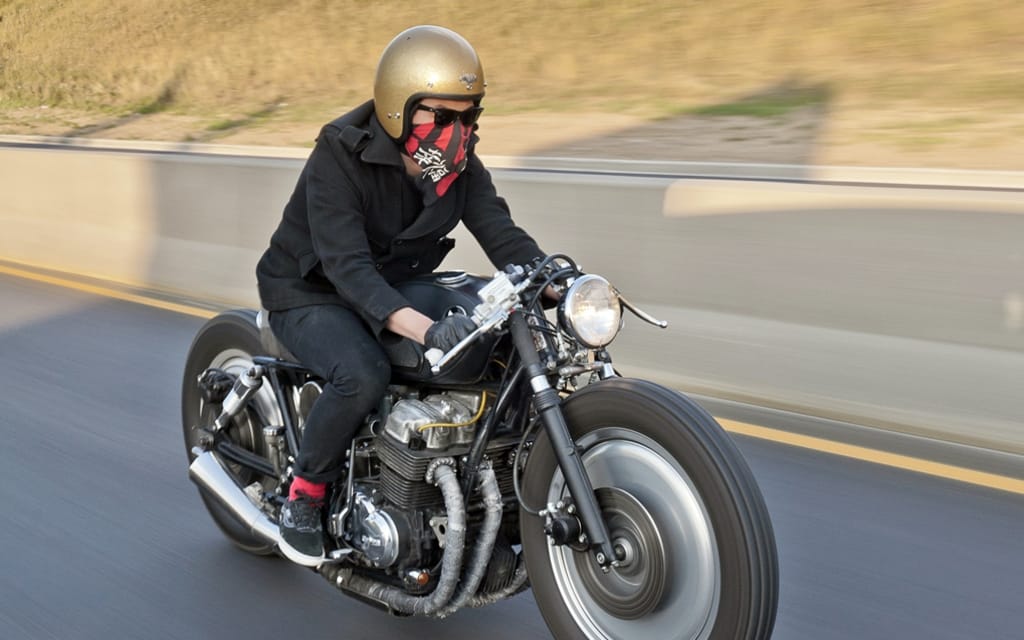 As a teenager skateboarding to punk music, Marco Luk couldn’t have known how closely his future bike-building career would reflect the chorus of Minor Threat’s eponymous song:

Along with The Clash and The Exploding Hearts, Minor Threat is one of the 22-year-old fabricator’s favourite bands. And it’s a gritty workingman’s aesthetic he’s given his 1977 Honda CB750F2.

Luk was born and raised in Edmonton, and for 12 years skateboarding was his life. But then skating started to get a little dry; he needed a new creative outlet. He is vague about how he landed on motorcycling — taking apart and putting together his skateboard was the closest thing to mechanical experience he’d ever had.

“I’d always been good with my money, and I’d been saving to go out and do something really special,” Luk says. His cousin Ed Tse is a riding instructor, and Luk asked him for advice. Tse told him to look for an old Honda CB or CX, so Luk trolled through Kijiji ads searching for a suitable 1977 model. (In Luk’s mind 1977 was the apex of the punk movement, so 1977 it had to be.) His first deal on a ’77 CB550 fell through because he had no way to get it back to his mom’s garage.

Charlotte Vermeulen, a fellow student in Luk’s graphic design program at the Northern Alberta Institute of Technology, took pity and offered her husband’s time and truck. That’s when a 1977 CB750F2 turned up in Pincher Creek, a five-hour drive from Edmonton. In the spring of 2010 all three made the journey, and while he’s not a mechanic, Gary Vermeulen gave Luk a mechanical tutorial. “I still had no clue about this stuff,” Luk says.

Although it had a weak battery, the Honda started and ran, and Luk took it for a test ride. At that point it wouldn’t have mattered if it were pink with a ribbon on it; Luk was buying it.

Supplementing his socket set with household screwdrivers, Luk gleaned information from Internet motorcycle forums. If he didn’t know what a component was or what it did, he Googled it, and slowly worked his way through carburetor issues and installed a low clubman handlebar.

Luk took a motorcycle rider training course while he was wrenching on the CB750. He passed, and began to ride the bike while he continued to work on it.

After he installed new sprockets, a chain, and fork seals, he blacked out the paint, then spent the summer collecting tools like a used welder and an angle grinder, which he used to shave off the helmet lock and battery box tabs.

Brat-style bikes from builders such as Wrenchmonkees and Gravel Crew caught Luk’s imagination. The low, mean stance was something Luk wanted to replicate, and that fall he bought shorter 11-inch rear shocks and with the help of Matt Primrose (a friend who could weld) he extended the swingarm 4.5 inches. Not a fan of the Honda Comstar mag wheels, Luk invested in a wobbly spoked rear wheel.

He took the wheel to John Oland and Ross Elliott at Motoparts in Edmonton, who pointed out its deficiencies. Unwilling to spend cash on a new rim and spokes, Luk hit on the idea of hiding the stock Comstar wheels (fitted with reproduction Firestone DeLuxe Champion tires) under pizza pans. Yes, pizza pans. While others told him he was crazy, it was Oland — noted for his work with British motorcycles — who encouraged Luk to be inventive.

Motoparts became the perfect environment for a young man who knew nothing about motorcycles. “They’d give me ‘seniors’ advice,” Luk says. “It was Ross who showed me, in 30 minutes, how to weld.”

Determined to finish the build, but still working in his mom’s unheated garage over the winter, Luk would thaw his feet with an electric heat gun — a stunt that once melted his shoelaces. To lower the front end, Luk slipped the fork internals from his CB750 into CB550 stanchions and trimmed the springs. Black hockey tape covers the fork tops and acts as handgrips on the clip on bars. Wanting to keep the build as Honda as possible, Luk found a mid-1960s Super Hawk fuel tank but it wouldn’t slip over the top frame tubes.

Frustrated, Luk placed an ad on Kijiji asking for help from someone with a TIG welder. That’s when he met Chris Skogg, who welded in a wider tunnel. Next Luk bent up a seat pan from 18-gauge steel. He cut foam from a $10 Princess Auto pad and his seamstress mom sewed a seat cover from his old Levi jeans, keeping a pocket on the back for his registration papers.

Asked to help with the wiring, John Oland taught Luk how to read a wiring diagram. From there, Luk constructed a harness from Princess Auto wire and connectors. Stock exhaust headers are wrapped in heat tape, and because the pipes and muffler are so low he built a skid plate. Three coats of Tremclad flat black finished the bike. As the song chorus suggested, Luk worked with what he was given, took the help he was offered, and kept to himself.