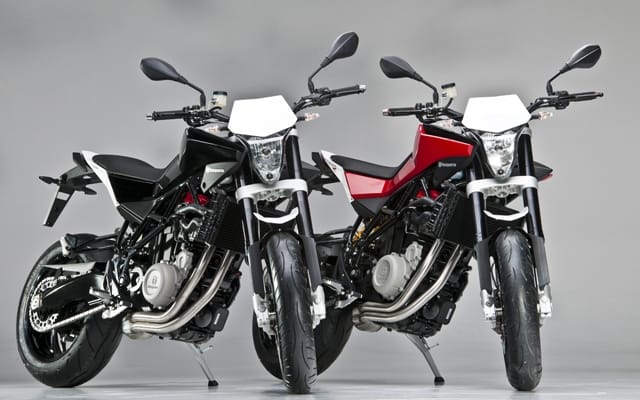 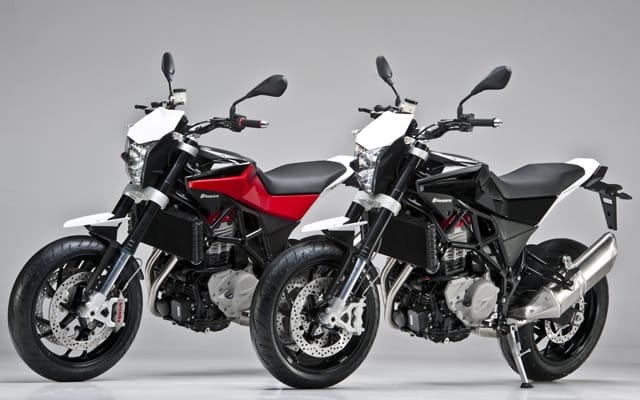 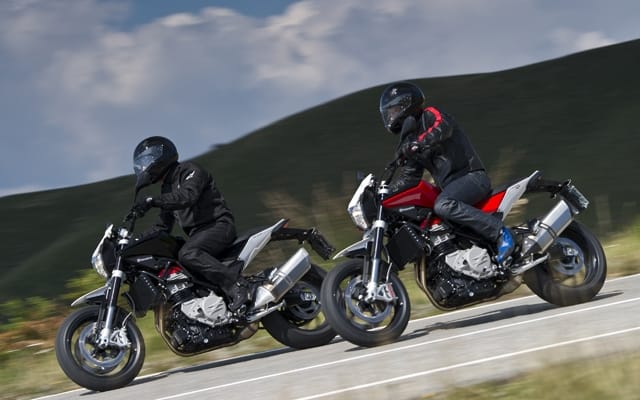 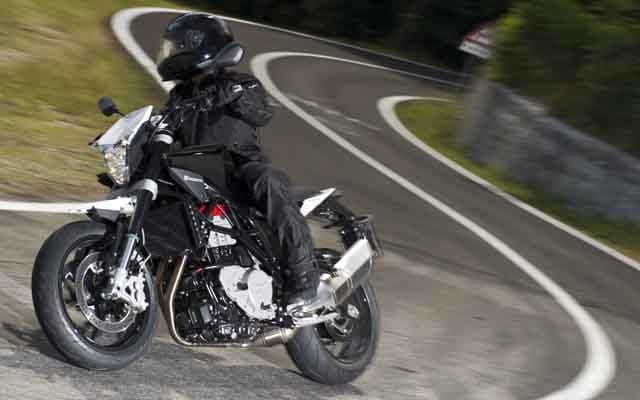 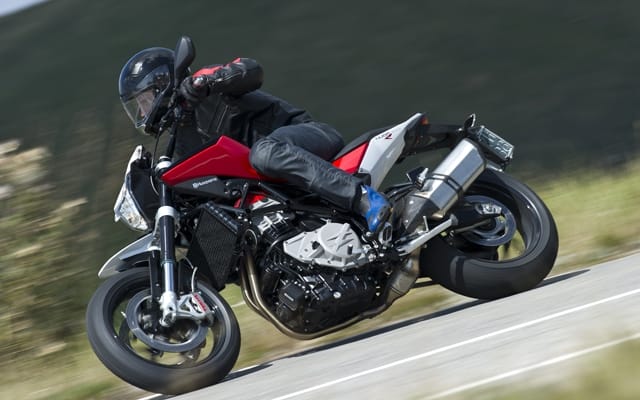 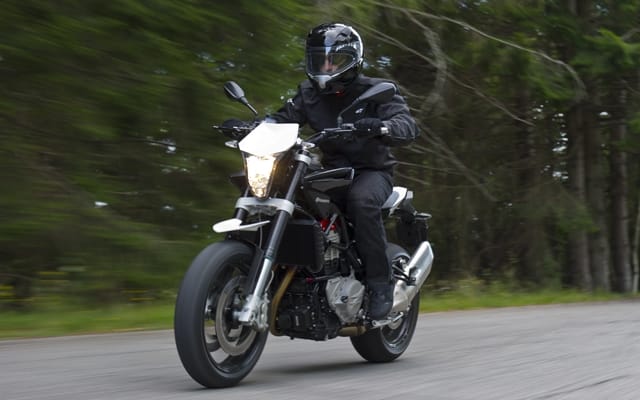 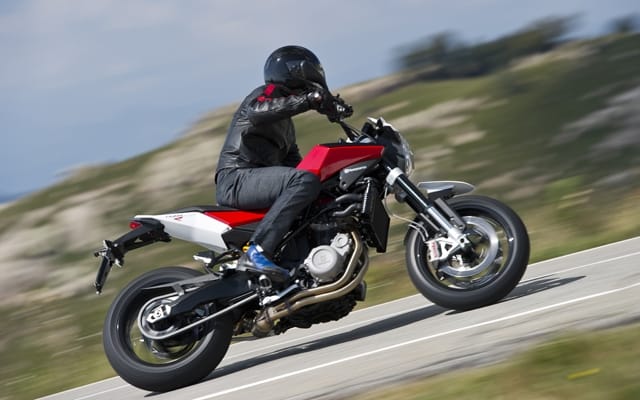 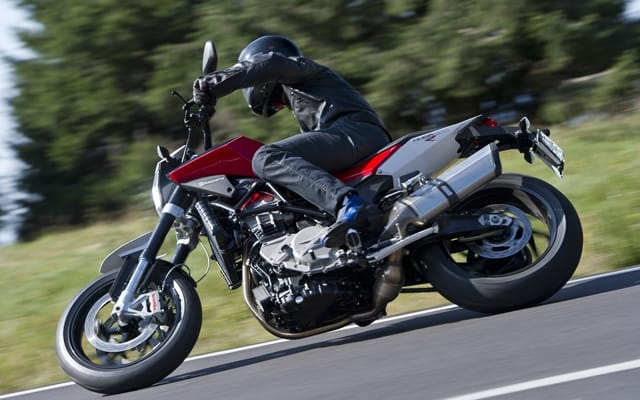 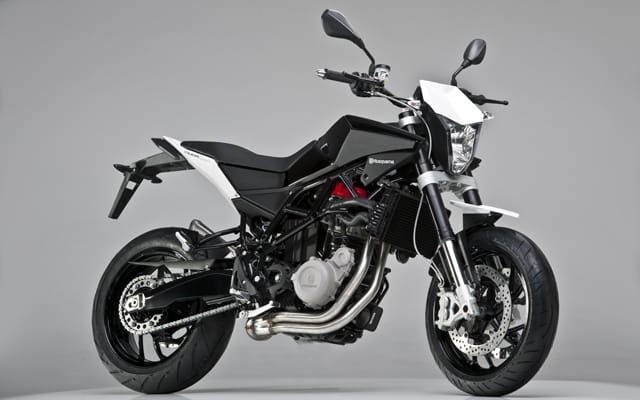 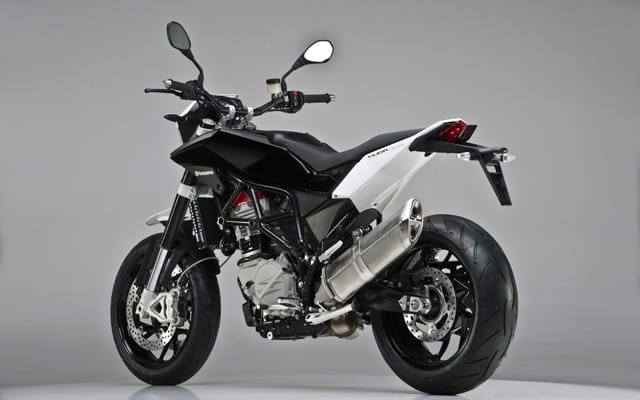 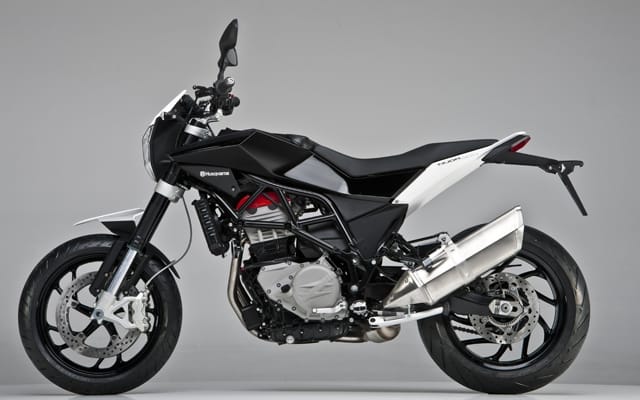 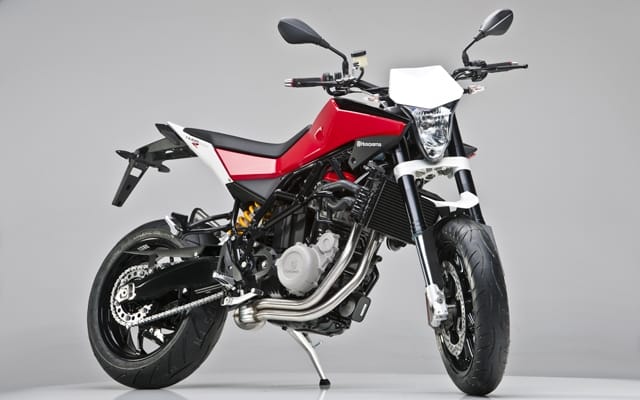 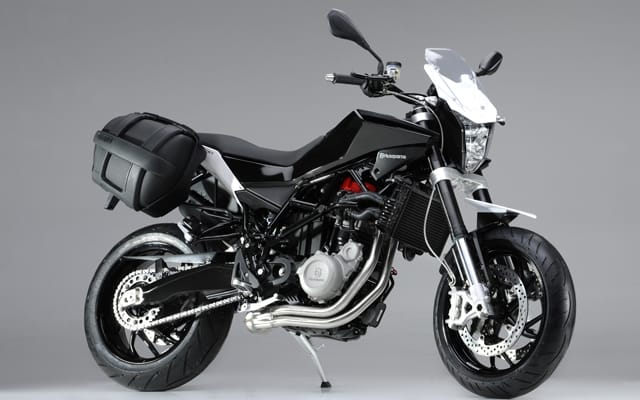 Husqvarna has released more info and photos of the Nuda 900, its all-new street machine that the once Swedish, now Italian, BMW-owned firm says is “a crossover model between a supermoto and a naked bike”.

As we already know, the Nuda’s motor is derived from BMW’s F800R mill, and now Husqvarna has divulged exactly what modifications they’ve made to the 798 cc liquid-cooled parallel twin to increase its capacity to 898cc. They’ve upped the bore 2mm to 84 mm and increased the stroke to 81 mm, up by 5.4 mm from the standard engine. The compression ratio has been raised to 13.2:1 with the use of a new three-layer cylinder head gasket, says Husqvarna, and the camshafts, pistons and conrods altered to accommodate a newly designed crankshaft. Valves have been enlarged by 1 mm and the original motor’s 0-degree crank offset angle has been changed to 315-degrees, which Husqvarna says creates a more aggressive feeling power delivery. Through these modifications, the new powerplant makes a claimed 105 hp and 73.8 lbs-ft of torque for both the Nuda 900 and higher spec Nuda 900R.

Visually the Nuda 900R is defined by its competition red, white and black livery, while the base model is finished in black, but the major difference between the two models is with their components. The Nuda 900R comes with Brembo monobloc racing brakes, mated with 320mm discs, while the base model is stopped by lower-spec Brembo four-piston radial calipers on 320mm discs. Suspension for the Nuda 900 is provided by a preload-only adjustable 48 mm Sachs fork and fully-adjustable Sachs shock, while the R gets a 48mm Sachs fork that is fully adjustable, paired with an Öhlins shock with compression, rebound and preload adjustability, as well as a ride-height adjustor that puts the bike’s seat height 15 mm taller than the base model’s 860 mm perch. As for difference in weight between the two Nudas, Husqvarna is only saying that the R will be the slimmer model at less than 175 kg, whether that’s dry or wet is not mentioned.

The Nudas’ gas tank — under the seat for lower centre of gravity, says the manufacturer — takes 13 litres of fuel, which according to Husqvarna will take you 260 km between fill-ups, though in our experience actual fuel economy may vary according to how aggressively one rides.

Still no word on when and if the Nuda will be coming to Canada and how much it will cost.