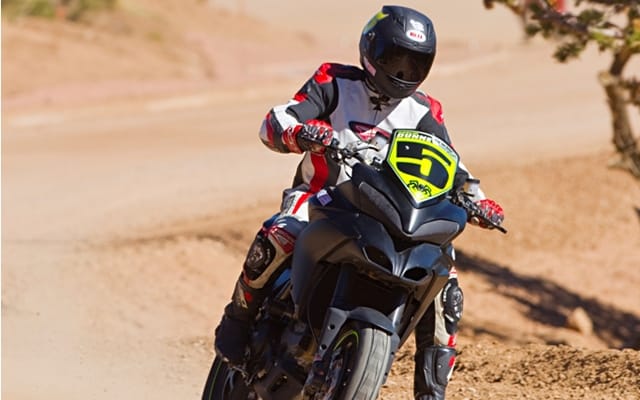 For the second year running, Ducati has taken victory at the Pikes Peak International Hill Climb in the heavyweight category. Pole sitter Carlin Dunne, owner of Ducati Santa Barbara in California, took the checkered flag on his store’s showroom demo Multistrada 1200 S with a time of 11:11.32; a new course record for motorcycles.

Ducati’s success at the 2011 Pikes Peak International Hill Climb comes on the eve of the release of the Multistrada 1200 S Pikes Peak Special Edition in the US and Canada.