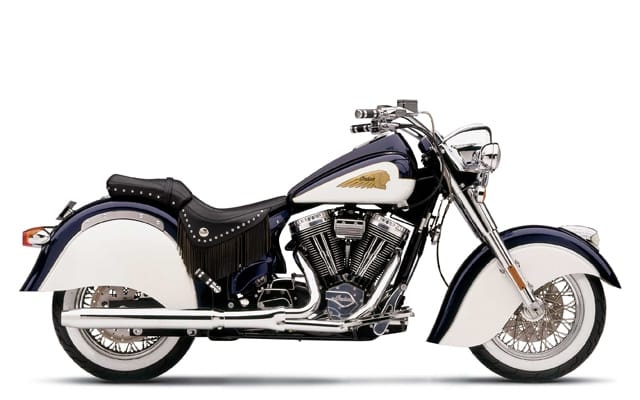 When Polaris Industries gets its latest motorcycle brand running down the assembly line, the company will have covered both ends of the heavy-cruiser spectrum: high tech and old tech.

Polaris announced in April that it had bought the Indian Motorcycle company, a manufacturer that had been trying to turn old-time brand recognition into sales. The last original Indian was made in 1953 and almost 50 years passed before a new Indian was built. The first attempts at revival were failures, and only in 2008, with new owners, was the company able to begin producing motorcycles that looked like they might sell.

But will they? Before you can make money on brand recognition, your brand must be recognized and appreciated. A decade ago, Kawasaki tried to capitalize on the Indian look, producing a couple of Vulcan models, called Drifters, with fenders that were skirted like those on Indians of the 1940s. The Drifter 800 sold for four years in Canada and a 1,500 cc model didn’t last quite that long. They are rarely seen on the streets these days – whatever currency the Indian image possessed appears to have withered.

But image is not quite the same as brand. For just over 10 years Polaris has been marketing a line of modern cruisers bearing the Victory logo, bikes that make use of Harley-Davidson’s successful visual themes ? large V-twin engines on clear display, width and weight presented as desirable qualities, low seat heights ? but that incorporate current technology: overhead cams, aluminum frames, linked brakes, even inverted forks. Now, as if to reach behind themselves for customers of another persuasion, they have purchased Indian, a brand that was hugely popular in the 1930s but that ceased to exist in the early ’50s and now is little more than a sentiment. Unlike Victory, which was promoted as an alternative American motorcycle with modern technology, Indian is a heritage item through and through. Add to that a mish-mash of corporate ownership and poor design that has taken place through the past 10 years, and you have a motorcycle brand that may not have anything to sell ? no heritage, since few people alive today have seen one running or know what the name represents, and not much technology, since early models used S&S Harley-clones and later models use air-cooled engines with pushrods. Back in the day, Indian posed as an American motorcycle with better technology, but now Victory holds that position. What’s Indian got that will attract buyers?

According to BMW, not much. The German marque considered buying Indian some time ago, but concluded that the product range was too weak, according to one insider.

Polaris, however, thinks there’s something worth pursuing under the Indian logo. Robert Pandya, a P.R. rep for Polaris, says Indian still has “passionate fans” and a heritage that can be depended on to attract buyers. “The global brand value is huge,” he said. “And you don’t have to be a 70-year-old motorcyclist to understand Indian.”

For the immediate future, said Pandya, Indian motorcycles will refer back to their heritage, but Polaris wants to move production from Kings Mountain in Colorado to Spirit Lake, Iowa, where the company builds a number of products. Once that happens, Pandya says, other changes could take place, including a move toward making Indian a high-tech motorcycle once again.

Polaris is only starting to make plans for its Indian line now, and pricing and market segments are items yet to be determined. Pandya couldn’t even say when the first Polaris-built Indian will roll out of the factory at Spirit Lake.

Back when Polaris was making plans to introduce a Victory brand to the motorcycle marketplace in the late 1990s, the company looked at Indian, Pandya said. While they decided that the company was not worth investing in at the time, Indian has never been off the radar at Polaris.

If that’s true, Polaris execs may be in the minority, because it’s been a long time since Indian was on any sort of radar elsewhere in North America. The fact that a gigantic manufacturer of snowmobiles, motorcycles, ATVs and other vehicles has spent money acquiring the brand suggests that Indian motorcycles may be as common in a few years as Victory motorcycles are now. That won’t make them common at all, really, but for most Canadians, it’s true that if you want a Victory motorcycle and can afford its hefty price, you can buy one easily and you can count on getting service for it. The possibility that the same statement may become true for Indian motorcycles is intriguing, to say the least.