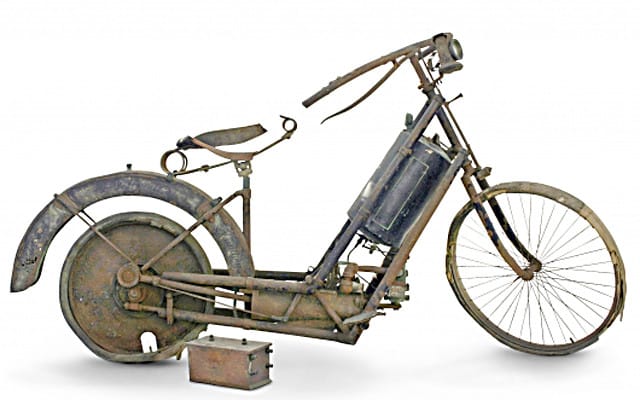 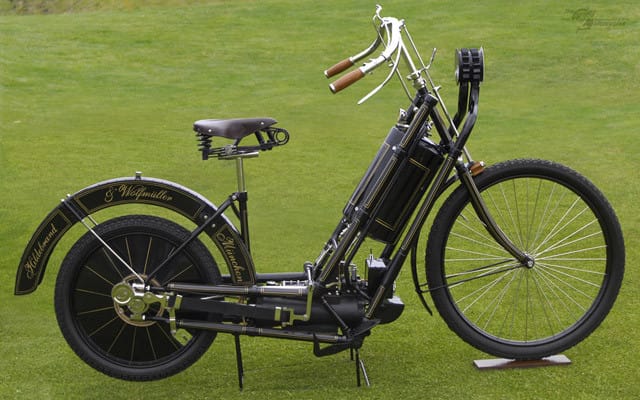 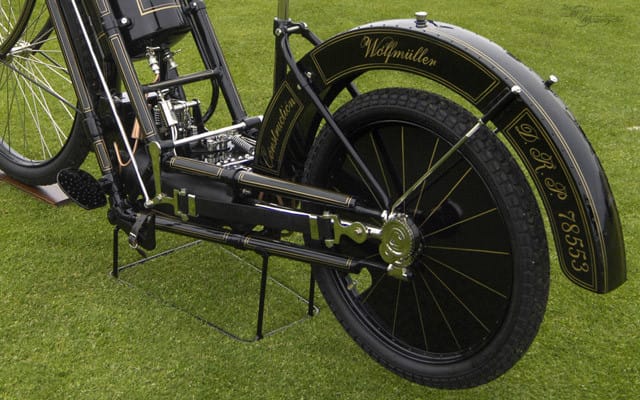 World’s First Motorcycle Up For Auction

An Original example of the world’s first mass produced motorcycle is to be put up for auction at The International Classic Motorcycle Show, in Staffordshire, UK on April 25, 2010.

The 1488cc Hildebrand & Wolfmüller first manufactured in 1895, while not the first motorcycle ever built, was the first vehicle to be called a “motorrad,” German for “motorcycle.” Estimates on how many machines were produced in H&M’s Munich factory vary between 800 and 2,000, but the number of surviving examples are substantially less and the U.S. “barn find”, last running in the ’30s, is expected to fetch as much as $100,000 when it goes up for sale. Of course a further substantial investment will be needed, if the new owner decides to restore the machine to its original glory, say restoration experts.

Heinrich and Wilhelm Hildebrand and Alois Wolfmüller began producing their motorcycles in 1894. Wolfmüller’s patented design saw a parallel twin, four-valve, liquid-cooled, power plant producing 2.5 hp at 240rpm cradled in an all metal hollow tube-frame that was revolutionary for the period. The H&W had no clutch, and power was delivered to the rear wheel via locomotive-style pushrods linked directly to the engine’s pistons, with the solid rear wheel acting as a flywheel. The force generated from two large rubber straps—one on either side of the motorcycle, returned the pushrods.

Sales of Hildebrand & Wolfmüller’s motorcycle faltered in a competitive market and production stopped in 1919.

See the pictures of a restored example of the bike on the right.