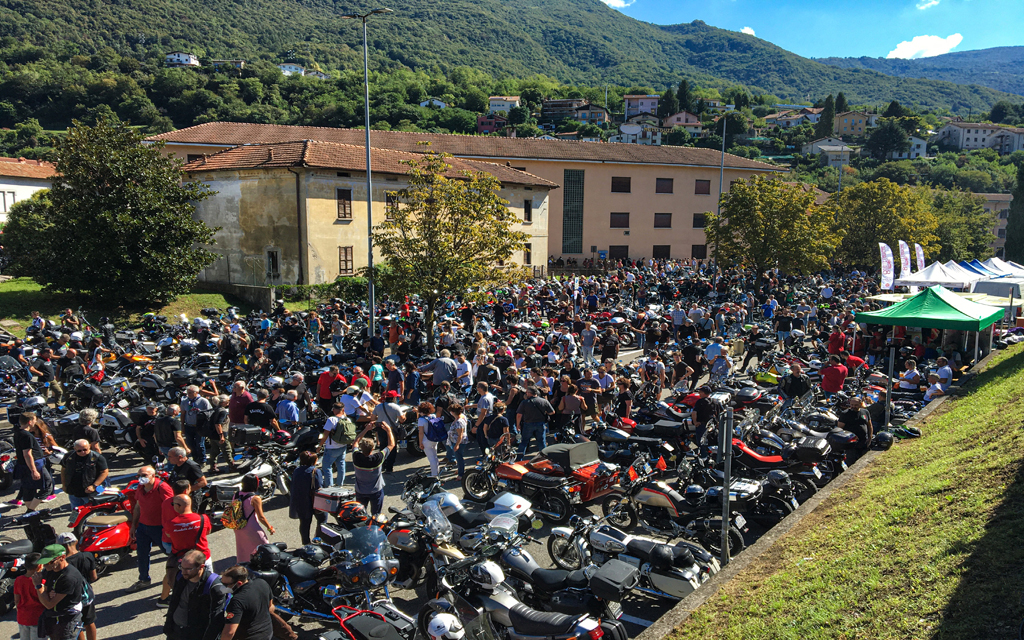 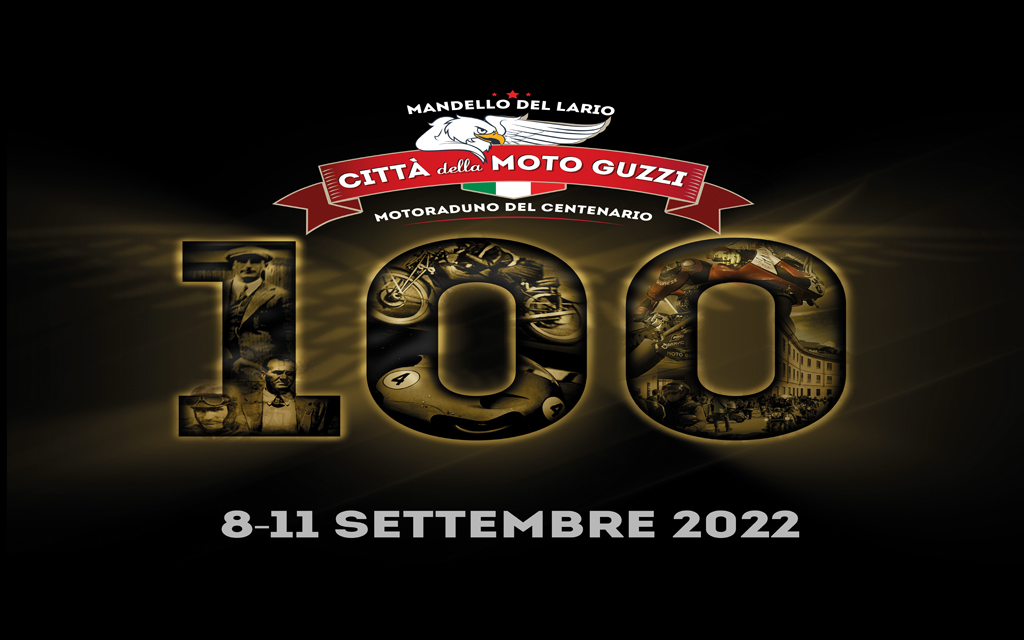 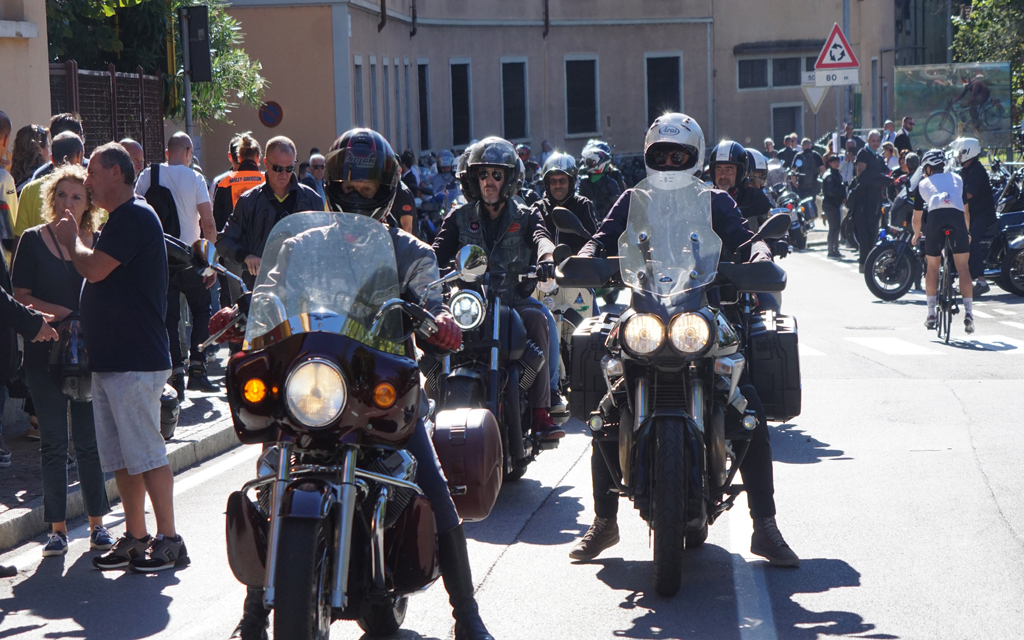 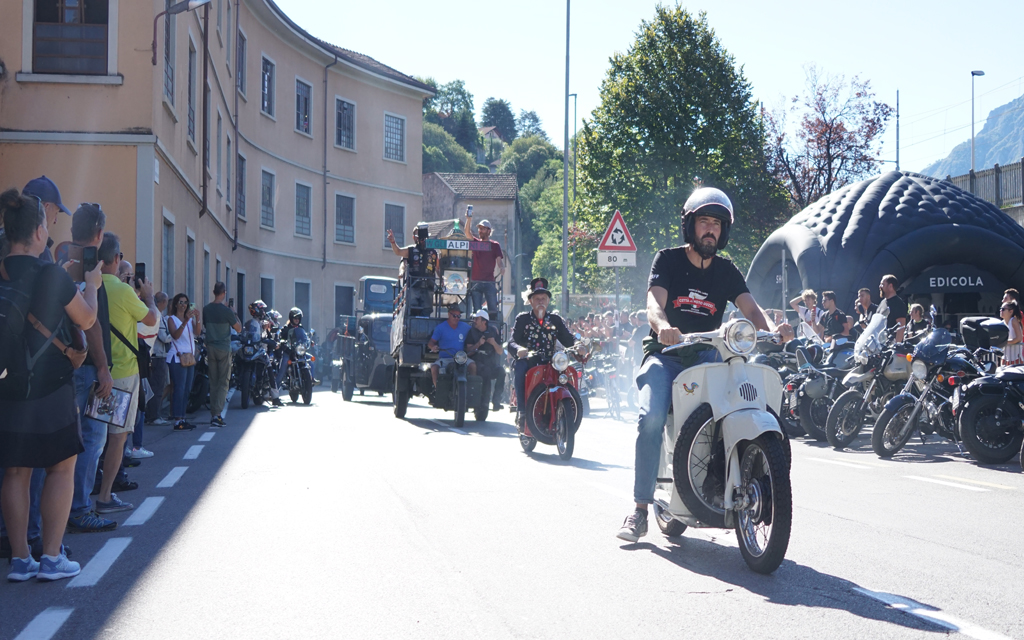 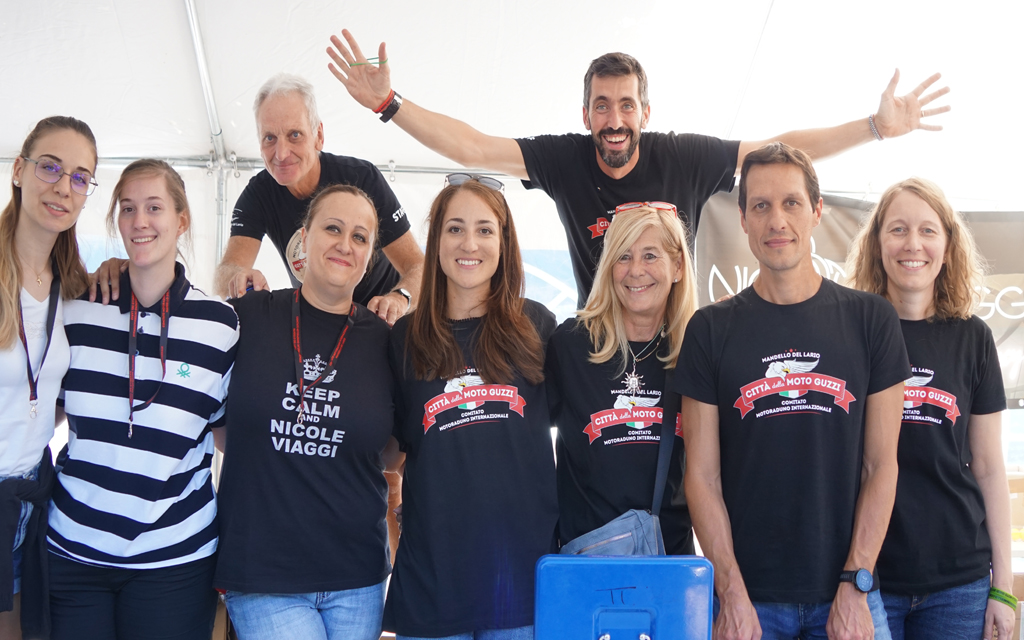 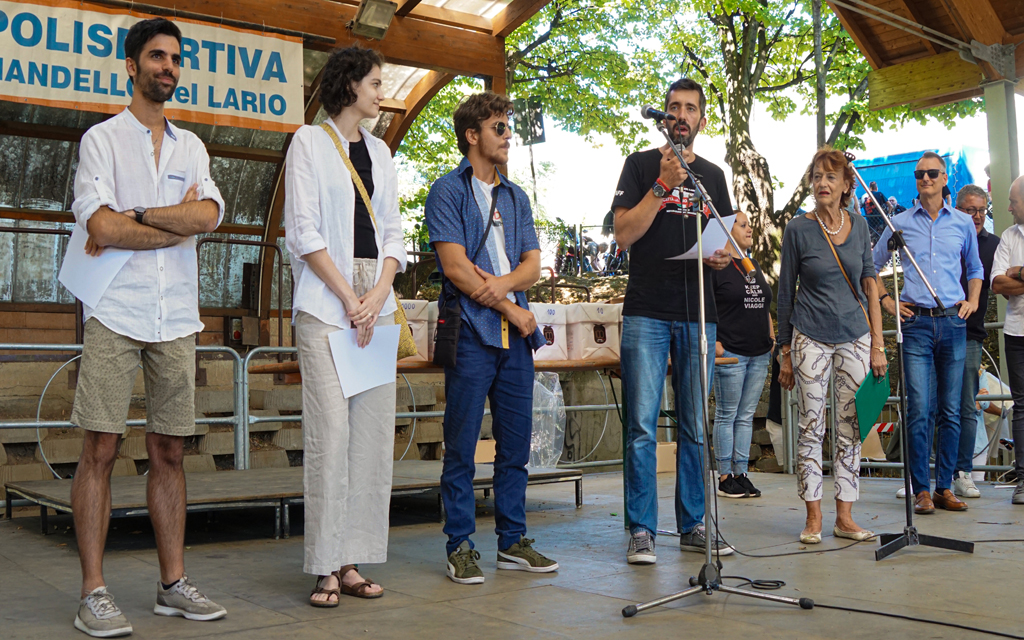 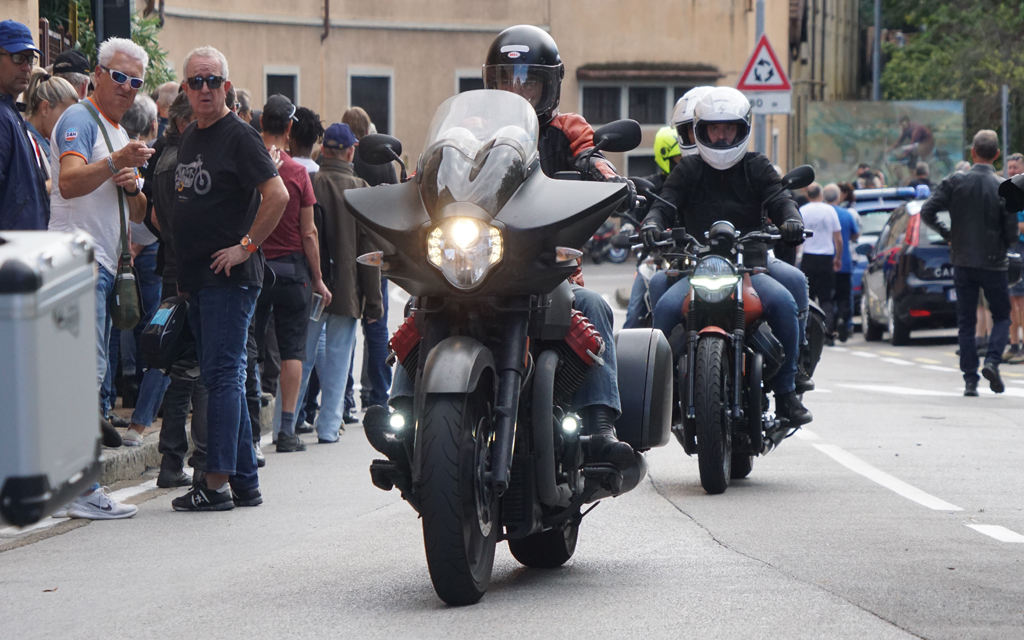 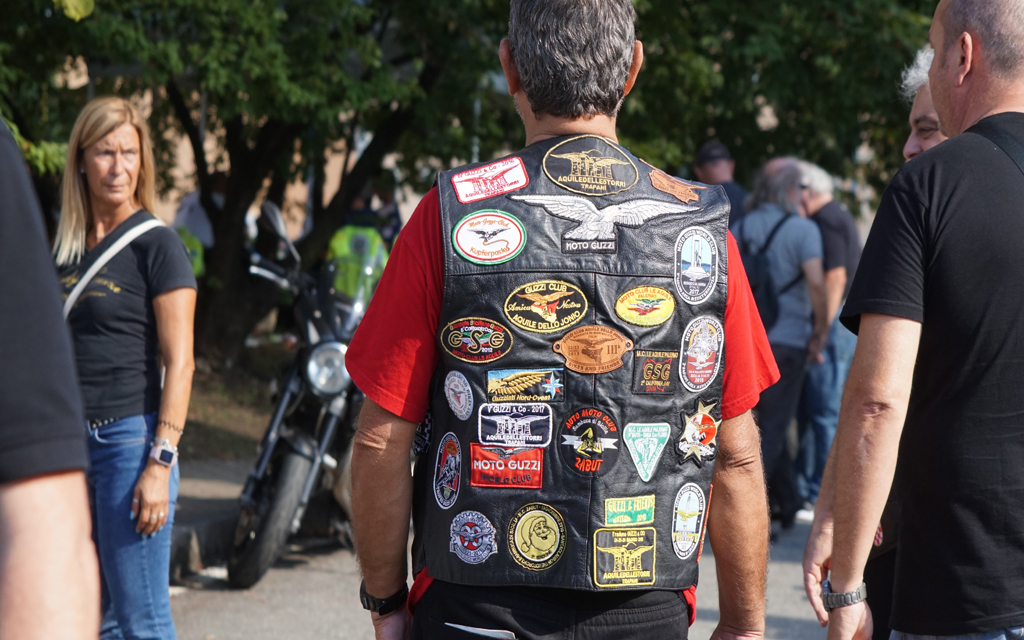 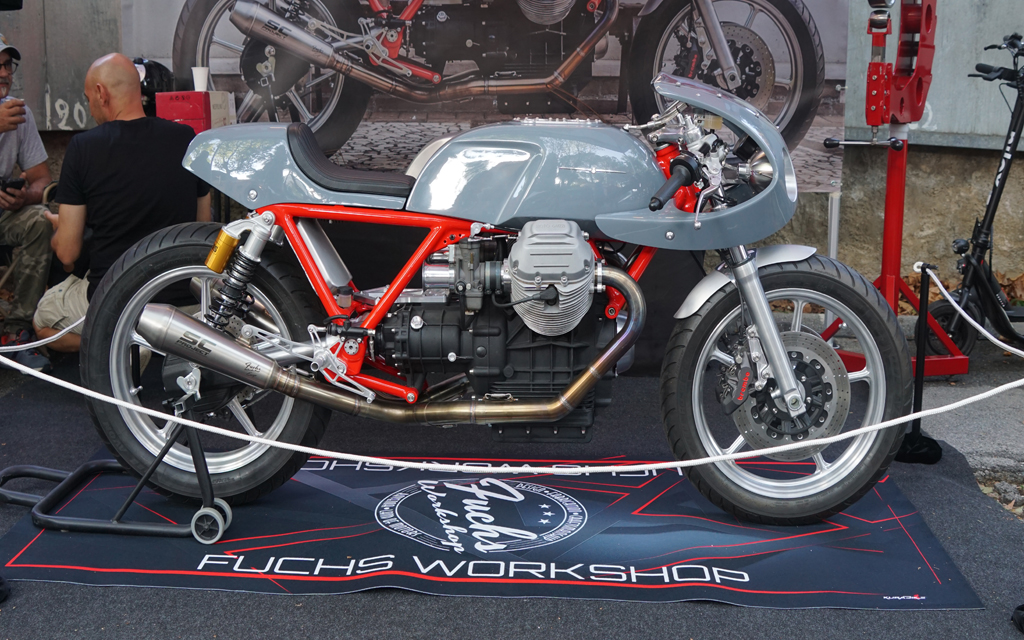 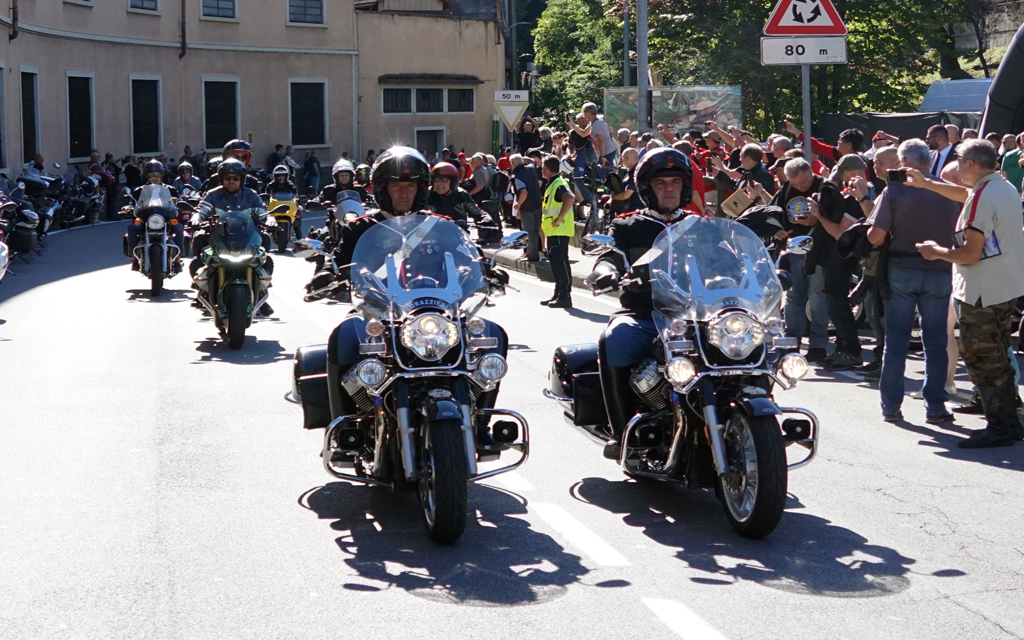 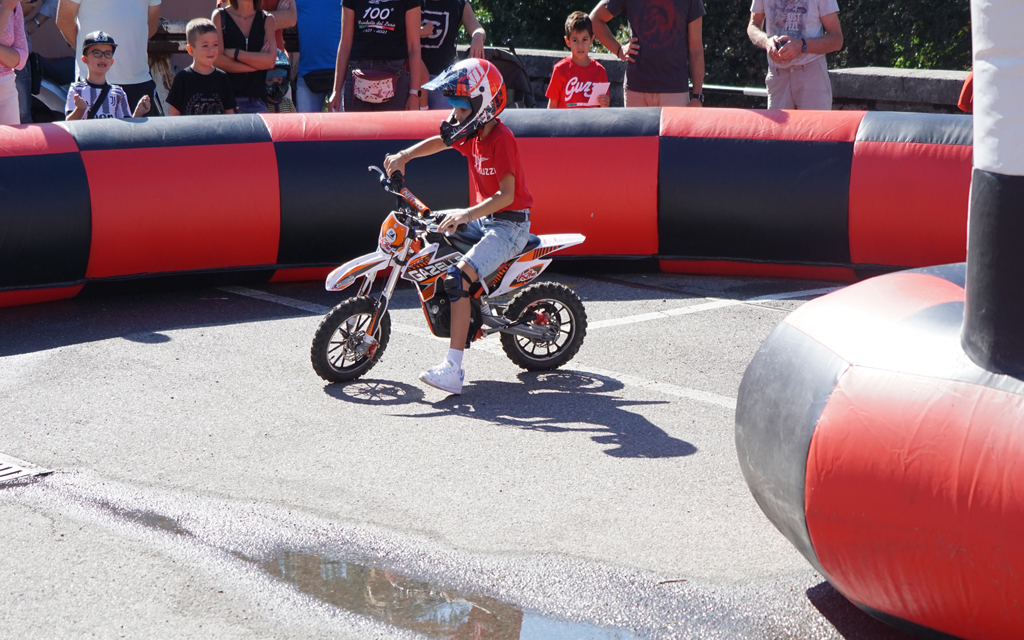 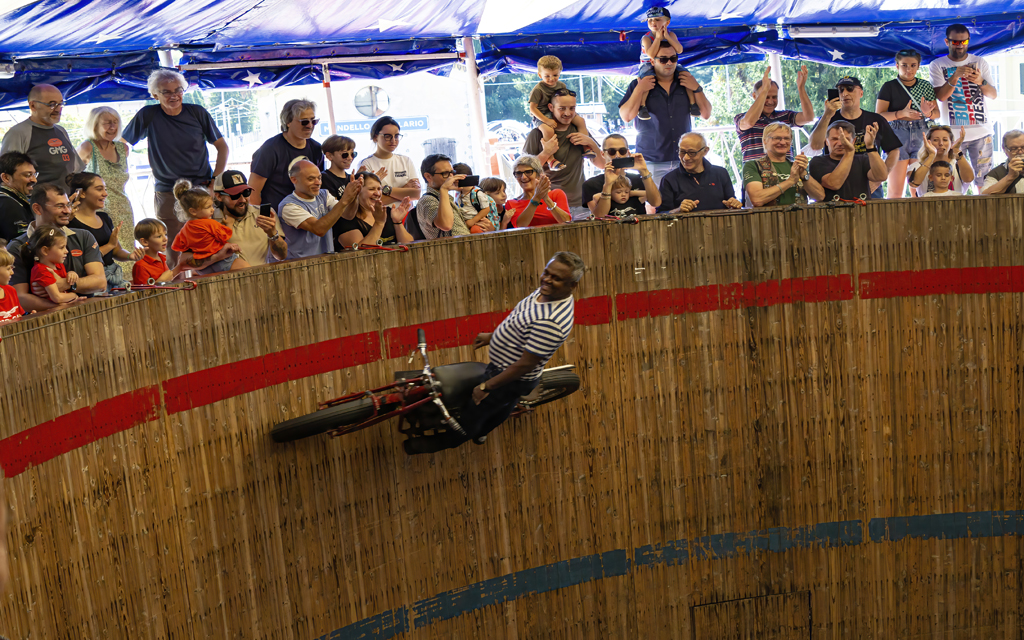 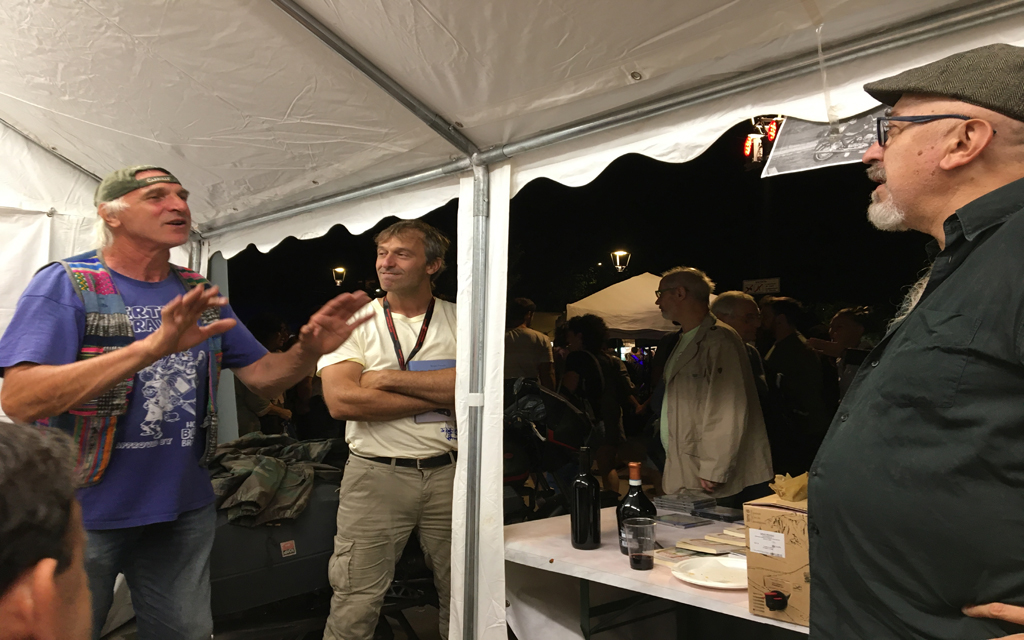 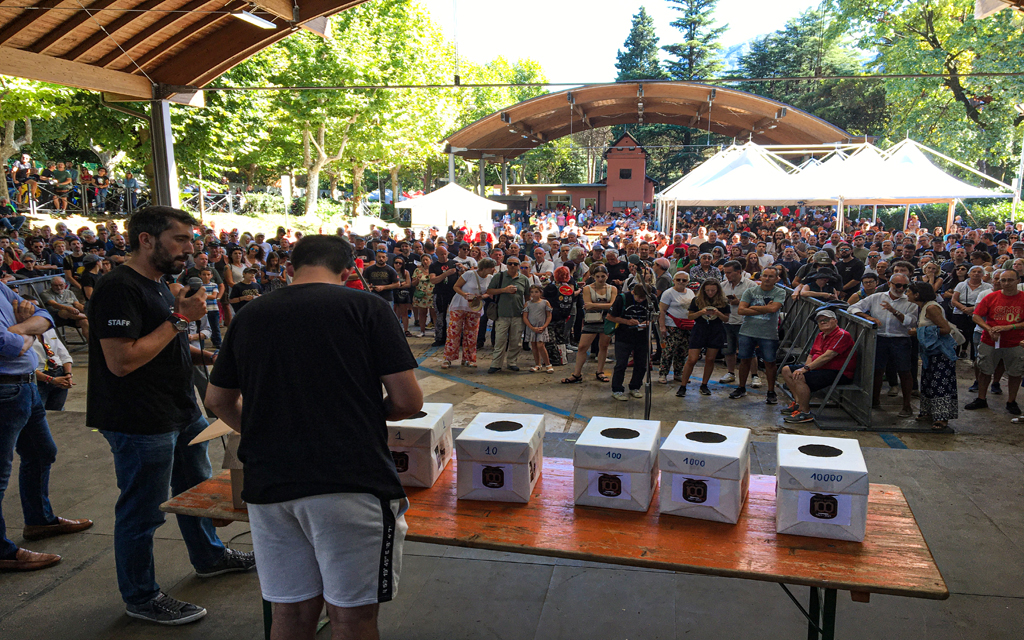 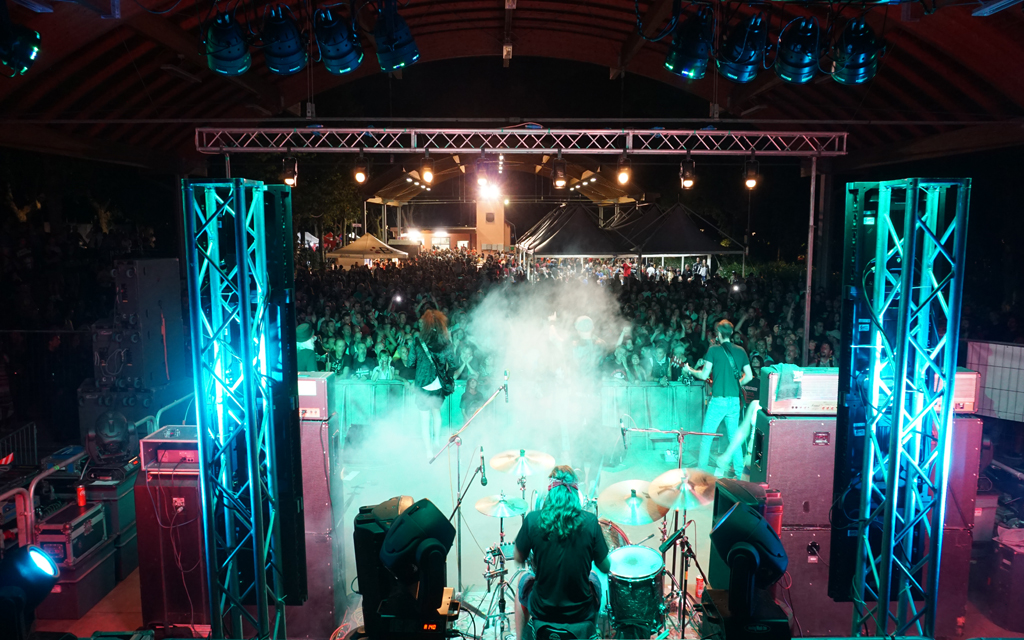 A meeting of large numbers, of enormous affluence, of great passion, of wonderful memories and of a glowing future.

The forced abstinence caused by the pandemic generated an overwhelming desire to take your Moto Guzzi and travel, coming from all over Italy, Europe and even beyond, to satisfy what is a natural instinct for a Guzzista, as if it were an annual migration: the desire to meet (finally!) and celebrate our beloved Moto Guzzi together, even more so after the historic milestone of 100 years.

At the beginning of the week many Guzzisti (especially from abroad) began to arrive like small rivulets of water, populating Mandello del Lario, which then grew, day after day, becoming a full-on river by Saturday and Sunday, filling the area with joy and happiness and attaining the incredible number of 60,000 fans: a real record!

The desire (and need!) to see each other and celebrate has always been one of the main characteristics of Guzzi fans: whether through spontaneous meetings or those organized by the many clubs each year. Yet the Motoraduno Internazionale Città della Moto Guzzi is – as always – the reference annual event that welcomes and gathers all the vitality and conviviality of people passionate about the motorcycles that enter this world via the gate of Via Parodi 57.

For the occasion, Moto Guzzi, in addition to opening the doors of the factory and the internal event space, breathed new life into its precious museum, restoring all the motorcycles on display and allowing more space to be able to admire them; in addition, a special engine room with many innovative prototypes was added, along with the competition department, which has always been the flagship of the internal museum. Furthermore, in collaboration with the Municipality of Lecco which sponsored the event in tandem with the Motorcycle Rally Committee, organized an impressive parade of enthusiasts who, led by two custom builders riding two Californias and the actor Ewan McGregor riding the new V100, traveled the stretch of lakefront to the magical red gate of the factory.

The Moto Guzzi City International Motorcycle Rally Committee prepared a program for Guzzi fans never before seen in terms of quantity and quality, fans who certainly did not have be begged to fill every event with their happy presence. Beginning on Wednesday with the freestyle show by Ema Angius and his acrobatic team (who on Sunday also performed jumps while astride a Stornello), along with the exciting  Wall of Death and the inspiring initiative Associazione Bimbi in Moto, which allowed many children to experience their first thrusts and bends (and even some harmless straights!) in the saddle of mini electric motorcycles.

Meanwhile, Moto Guzzi books, flags, photographs, clothes, models and special parts appeared in all the shop windows of Mandello … in short, anything that had to do with the motorcycle factory on Via Parodi; in particular, the “La-qui-la” exhibition of historic motorcycles was striking. One of the strongest signs of the huge participation of the whole country in the Moto Guzzi celebration.

Great success for the many themed exhibitions: the “That genius of Giulio Cesare Carcano: a life between boat and engines” dedicated to one of the most important figures in the history of Moto Guzzi was on exhibit at the Naval League; at the exhibition space at the Lido was a collection of the evocative historic motorbikes of Retrò Village; the beautiful traveling photographic exhibition “100 Years of the Eagle”, reminding us of the people and unforgettable moments in the long history of sports and elsewhere, had already ended several days ago at the gardens; those who did not want to stay nonetheless had the opportunity to take the Moto Tour of the 4 museums, organized by the Amici di Maggiana Group between Mandello, Abbadia, Val d’Esino and Valsassina to reach the 4 exhibitions via an enjoyable itinerary. Finally, even the works of the comic contest “The birth of a myth” added color to the festivities.

And then there was the natural spectacle:  the many Moto Guzzi enthusiasts: walking among all the models parked in every free corner of the region, retracing history while savoring the passion of those who customize and develop their Moto Guzzi: priceless !

Celebrating the history of Moto Guzzi also meant starting from its origins, from that magical workshop of Giorgio Ripamonti where the first of the many dreams of Carlo Guzzi and Giorgio Parodi materialized.

Great emotion also in Area 2 in Piazza Leonardo Da Vinci, where many legendary racing motorcycles were started for the occasion behind the monument to Carlo Guzzi, including the always unmissable 8-cylinder grand prix of the 50s plus some prototypes with innovative engine solutions.

Area 1 in Piazza Garibaldi, the main meeting and meeting area for Guzzisti, was the heart of the events outside the factory, with the rich display of Moto Guzzi-based specials and special parts of the skilled Custom Road preparers, with stands sponsors, the organizing committee and that of the great travelers of the Vie del Naco and their adventures to tell.

Every evening Area 1 was alight with a thousand notes, the music of the many bands that performed on the main stage here and near the Laghèe stand: Scramble & the Cats, Cani Sciolti, Frankie & the blind Zeroes, BMB, Reloaded, Mac, Freaky Jam, 60-70 and Riff Raff filled us with energy and warmth thanks to  rock and roll dispensed without limits.

But not only: on Thursday evening at the Teatro De Andrè “Ripartiamoda100” was presented, the tour of about 4,000 km from Mandello del Lario to Sicily, passing all the Cities of Motors; on Friday evening the piazza del Comune was dedicated to the projection of the docufilm “The courage to go beyond”, and on Friday and Saturday it was also possible to sail around the lake with the typical Larian boats, thanks to the Manzoniano Lucie Group.

The lottery draw and the awarding of the winners of the contest “The birth of a myth” concluded the magical centenary event; the lottery draw (all tickets sold out) awarded the four fabulous prizes to be won: A beautiful Moto Guzzi V85TT Guardia d’Onore, A 5-day trip to New York, A mini-cruise on the Mediterranean and finally, An airbag-equipped vest by Motoairbag.

The Comitato Motoraduno Internazionale Città della Moto Guzzi (made up of the Moto Guzzi GP Moto Club which follows the presence of collector motorcycles in many Italian and European events, the I Laghée Motorcycle Association, the Agostini dealer, the Pro Loco Mandello del Lario and of course the Municipal Administration with the Mayor Riccardo Fasoli to coordinate everything as an orchestra conductor) did the honors.

We sincerely thank the sponsors who contributed to achieving all this: ACEL Energie, the dealer Agostini, Gamma Zinken, Motoairbag, Nicole Viaggi and 3Mytech. Our thanks go, in addition to the associations already mentioned, also to the Alpine Rescue, to the Civil Protection of Mandello and Abbadia Lariana, to Silea, to the ASI, Areu, Municipal Archive Memory Local, to the Ghisallo Cycling Museum, to the Merchants and to the municipal employees of Mandello and to all the police forces for their precious and constant help.