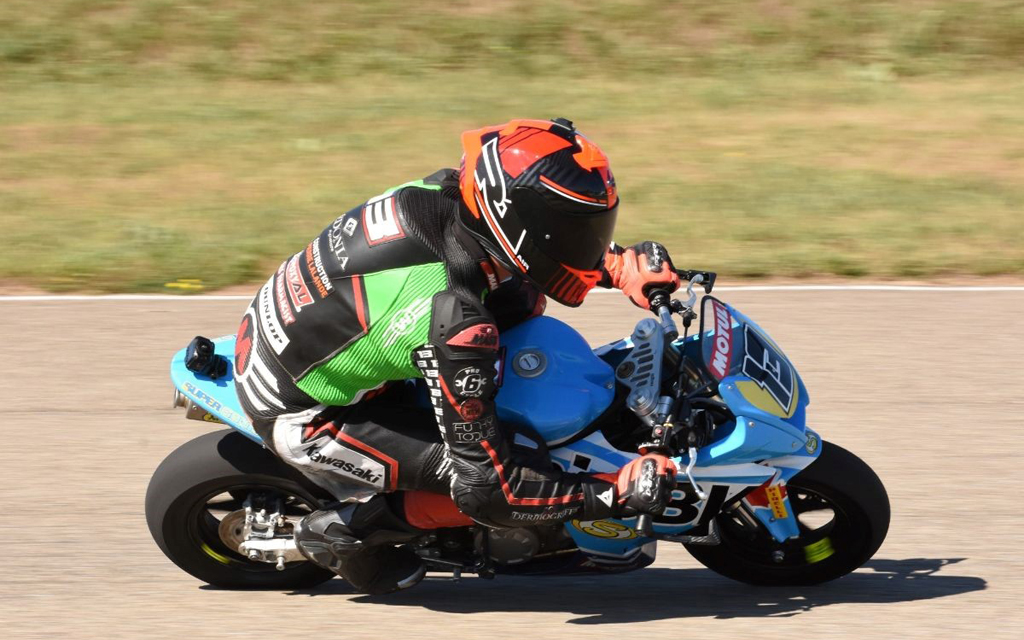 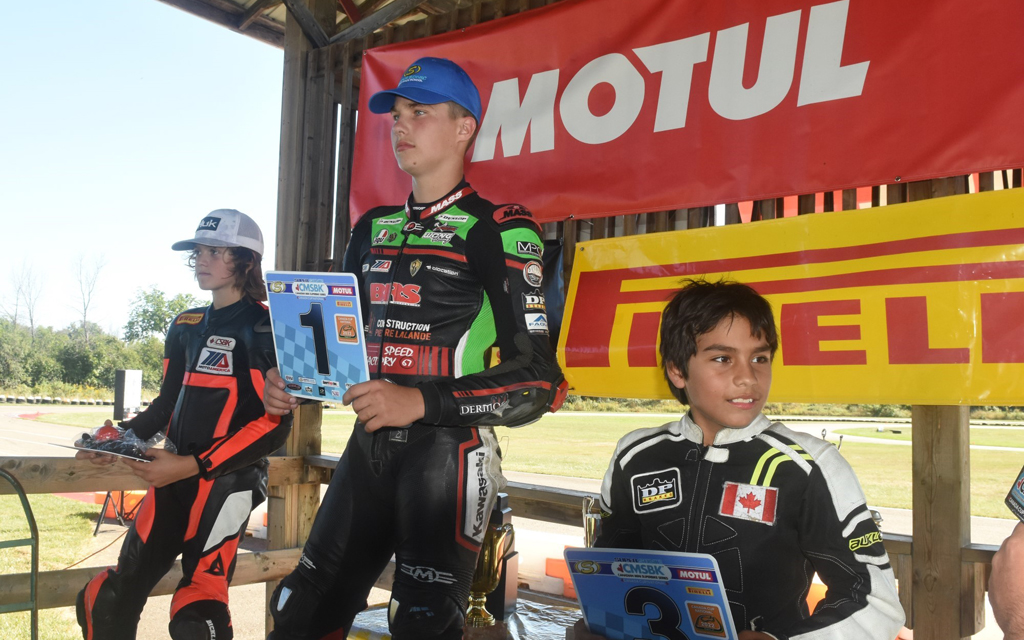 Vincent Lalande will head into the final Canadian Mini Superbike Championship race with only pride to play for, after securing the Motul Canada Cup national title with another dominant victory at Lombardy Raceway on Saturday.

The 14-year-old MiniSBK star looked set for a perfect campaign after winning the first eight races of the season, but a crash in last weekend’s race two handed the victory to rival Benjamin Hardwick and kept his championship hopes on hold.

That sentiment didn’t last long into the final weekend of the year, however, with Lalande comfortably pacing the initial timed qualifying session and dominating the heat race to put Hardwick on the brink entering race one of the season finale aboard their Pirelli-mounted Ohvale machines.

As has been the case in almost every race this season, Lalande got a brilliant start from pole position and grabbed the holeshot into turn one, but with Hardwick pressuring close behind in second. The latter would pressure him throughout the early part of the lap, but it was only a matter of time as Lalande put the hammer down and quickly pulled away out front.

Despite what looked like a late comeback from the 13-year-old Hardwick, Lalande’s pace was too much to match as he cruised to a ninth victory in ten races, clinching the inaugural Motul Canada Cup national championship in the process.

“I feel really proud to be up here, thanks so much to everyone that helped us this season,” Lalande said. “It was another hard race, but I got a great start again and was able to hold off Ben.”

The Canadian Superbike Championship-bound phenom would beat his title rival Hardwick once again, who will return to the MiniSBK paddock again in 2023 as the title favourite – but not before ending his 2022 season with one more shot at Lalande on Sunday.

Completing the podium was debutant Michael Galvis, a star of the support classes who joined the feature Motul Canada Cup national class after just recently turning ten years old to meet the category’s minimum age. Galvis would celebrate his birthday with a brilliant third-place finish, joining Lalande and Hardwick on the rostrum.

Lalande would add two more victories onto his historic day, winning the GP-1 and Moto-1 class races aboard his SpeedFactory67 Buccimoto machine as he inches closer to two more championships on Sunday.

Both victories would come in front of Hardwick, who alternated between his own Ohvale 190 machine and the spec-class 160, while newcomer Benoit Belair completed the podium on both occasions.

Galvis would add two extra trophies of his own on the day, winning the Sport-1 and Moto-2 category races aboard his Kawasaki KX65 to cap off a three-podium day. The ten-year old Colombia native managed to fend off Pierre Lalande in the former race, before winning a thrilling battle with newcomer Fiona Koenig in the Moto-2 class.

Koenig would get some revenge in the Sport-2 category, winning her first MiniSBK race against fellow debutant Jeff Rilley. The first female winner in CMSBK action quickly got up to speed on Saturday, running similar times to Galvis at the front.

The final two races of the day were won by eleven-year-old Jack Dunwoodie, who captured the Moto-3 and Sport-3 trophies ahead of Mason Archer. One of the youngest names in the CMSBK paddock quickly made a name for himself, running near the front in the combined class races late in the day.

The entire slate of support class championships will be handed out on Sunday, with titles still available in the GP-1, Moto-1, Moto-2, Moto-3, Sport-1, Sport-2, and Sport-3 categories, on top of one final national Motul Canada Cup battle between Lalande and Hardwick.

The inaugural Canadian Mini Superbike Championship season will wrap up on Sunday with more action from Lombardy Raceway, concluding a thrilling first campaign of the junior racing series.