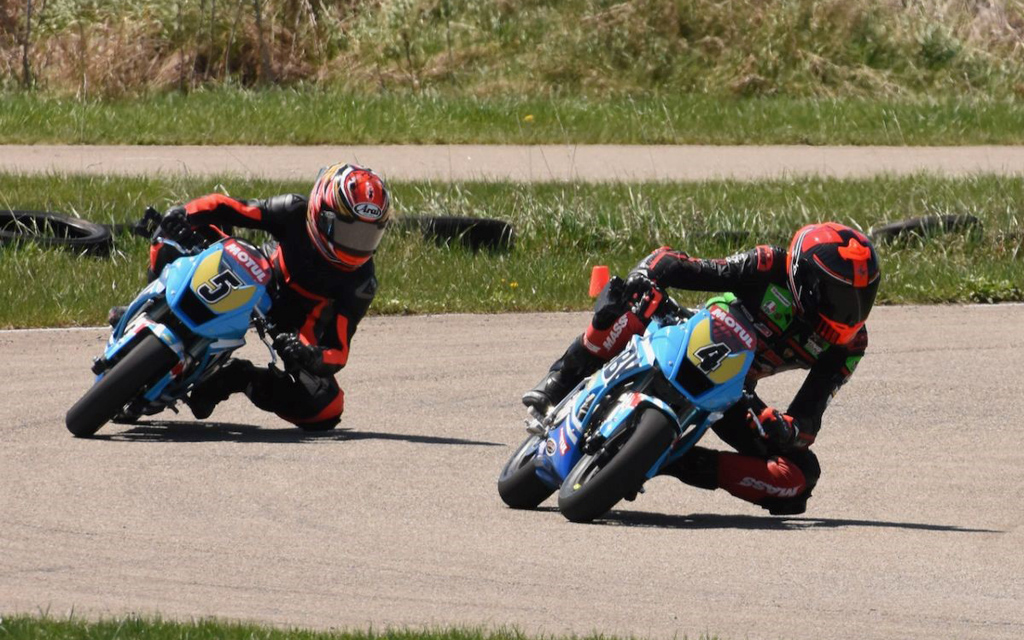 In similar fashion to the season-opening doubleheader last weekend, Lalande and Hardwick emerged as the clear top two aboard their Ohvale machines, setting the pace early on and adding to their rivalry with numerous passes on each lap.

Hardwick, who finished second to Lalande in both races last weekend, appeared to be setting up a last-lap maneuver for the win, making a number of brilliant passes in turns three and ten in the dying stages. However, Lalande again managed to find just that extra bit more, exiting the final corner flawlessly as Hardwick was unable to execute the move he had hoped for.

Despite the third consecutive victory for Lalande, it’s another that he was forced to work extremely hard for, with Hardwick continuing to inch closer and closer to his debut win in the feature Canada Cup category.

Nevertheless, Lalande will take a growing championship lead into race two on Sunday, with Hardwick needing to change the momentum quickly if he wishes to keep his title hopes alive.

Behind the familiar foes up front, it was another podium charge for Merik Sommer, who looks comfortably clear of the “best of the rest” fight as he eyes an eventual battle with the championship leaders in front of him.

Sommer’s quest for a debut victory may be put on hold, however, after the youngster suffered a broken elbow in an unfortunate crash during one of his support races, which will surely sideline him on Sunday before hoping to return for round three in June.

As for the support classes, it was more dominance from Lalande, as the 14-year-old star comfortably won another pair of races in the Moto1 and GP-1 categories aboard his SpeedFactory67 Buccimoto machine, as he looks like a potential triple-championship threat in 2022.

Outside of Lalande’s expertise, both the Moto2 and Sport-2 categories were won by Michael Glavis, who is quickly emerging as another name to watch in the support classes aboard his Kawasaki KX65.

The inaugural Canadian Mini Superbike Championship will finish off their second weekend at Lombardy on Sunday, before a month away from the small, twisty circuit, returning for round three on June 25-26.

More information can be found on the series’ official website at www.supersonicschool.com.