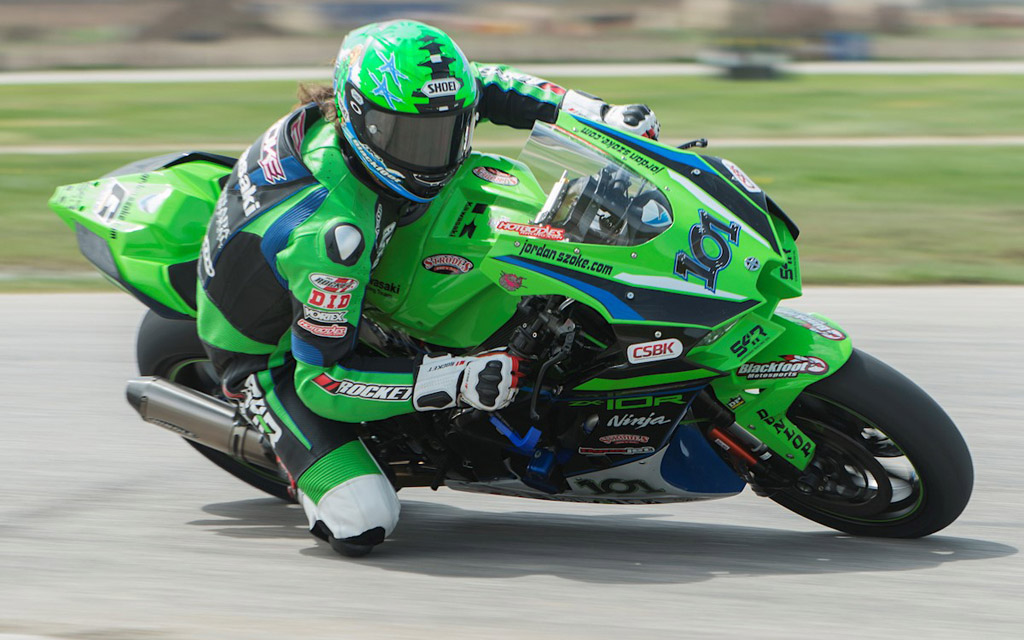 Fourteen-time Canadian Superbike national champion Jordan Szoke was severely injured in a media event at the Walton Raceway motocross track just north of Stratford, Ontario, on Tuesday, May 10, and is currently recovering from surgery. Szoke was riding his personal Kawasaki KX450F at the time of the incident, and was transported immediately to a nearby hospital.

Since then, Szoke has been transferred to a hospital in London, Ontario, and on Wednesday, May 11, underwent successful surgery on both his injured legs and one ankle.  The Lyndon, ON native also suffered damage to his jaw and chin in the incident.

“It’s going to be a long road to recovery, but with the help of my family, friends and fans, I will be back,” Szoke shared as part of an update on his Facebook account.

The Walton venue is home to one of the biggest motocross events in Canada, the annual Walton TransCan held each August.

On Thursday, May 5 and Friday, May 6, Szoke had started testing for the Canadian National Championship (CSBK) road racing season at Grand Bend Motorplex in southwestern Ontario, the site of the opening round.  Szoke was working with his latest Kawasaki Ninja ZX-10R superbike, sponsored by Canada General Warranty and S4R lubricants, and built by Scott Miller’s Fast Company.

The Canadian National tour kicks off at Grand Bend on June 9-12, and Szoke was expected to contend for his record 15th career national title.  Overall, Szoke has scored 78 career Pro Superbike Feature race victories in Canada, more than double the number of his closest rival.

Following the crash on May 10th that severely injured 14-time Canadian Superbike Champion Jordan Szoke, close friends and family have set up a GoFundMe to help offer financial support for his family.

He is currently unable to make a living through his competition career and will incur significant costs associated with his recovery.

Fans and friends have come together to raise over $7,000 in the first hours since the campaign launched.

You can learn more here: https://www.gofundme.com/f/87ufgv-jordan-szoke-suffers-devastating-crash.