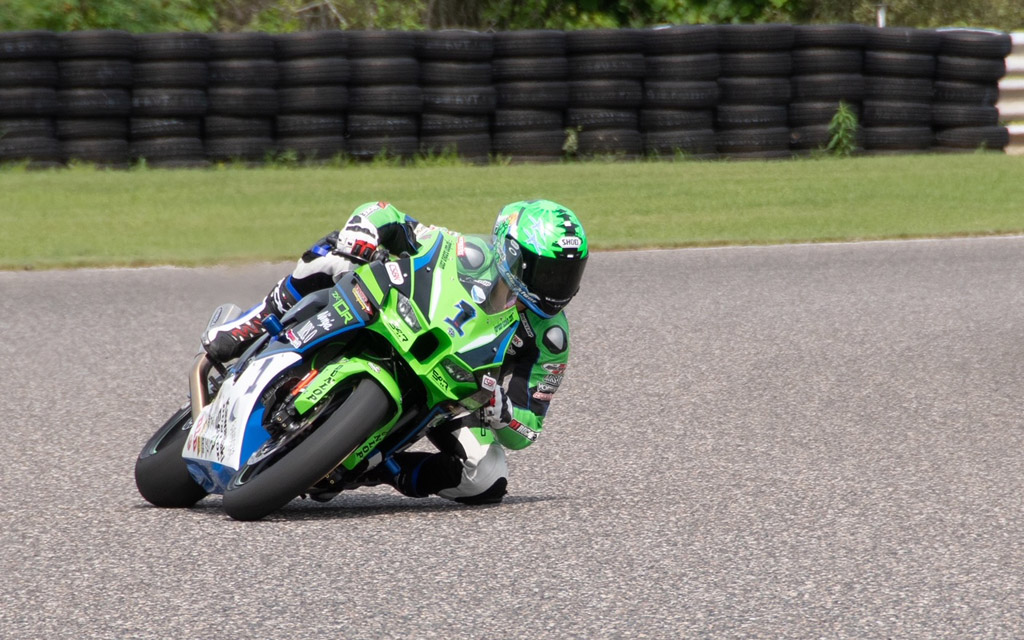 Canadian Kawasaki Motors and Kawasaki S4-R Racing Oils are excited to announce that 14-time Canadian Superbike champion Jordan Szoke will once again ride a Kawasaki Ninja ZX-10R in his quest for the 2022 CSBK title.

After landing another podium finish in the 2021 Superbike championship, Szoke is ready to reclaim his title of champion and secure a 15th title.

“Though 2021 came with its share of challenges, it also offered us a great opportunity to find out what the new Ninja ZX-10R was capable of and to try new things with the bike,” Szoke said.

“We’re going to take what we learned last year and put it to good use this upcoming season.”

Szoke’s history with Kawasaki started back in 1998 when he scored his first National Superbike Championship with Team Green at only 19 years old.

He has since won 78 races, making him the winningest pilot in the series’ history. Jordan is prepared to mark his 80th win this season.

“That’s obviously a significant milestone,” he said. “But the focus is first and foremost on being competitive, taking full advantage of the bike’s potential, and taking things one race at the time to regain that number 1 plate.”

Szoke will be riding a 2022 Ninja ZX-10R with support from Kawasaki S4-R Racing Oils. The new ZX-10R is the most advanced and competitive iteration yet, featuring World Superbike-derived technology including integrated aerodynamic winglets and a razor-sharp chassis.

The team’s efforts will also aid in the future development of Kawasaki S4-R racing oils, with race-proven analysis helping further refine one of the most advanced high-performance oils on the market.

The CSBK confirmed a four-event calendar for 2022 with the season opener scheduled for June 9th at Grand Bend.