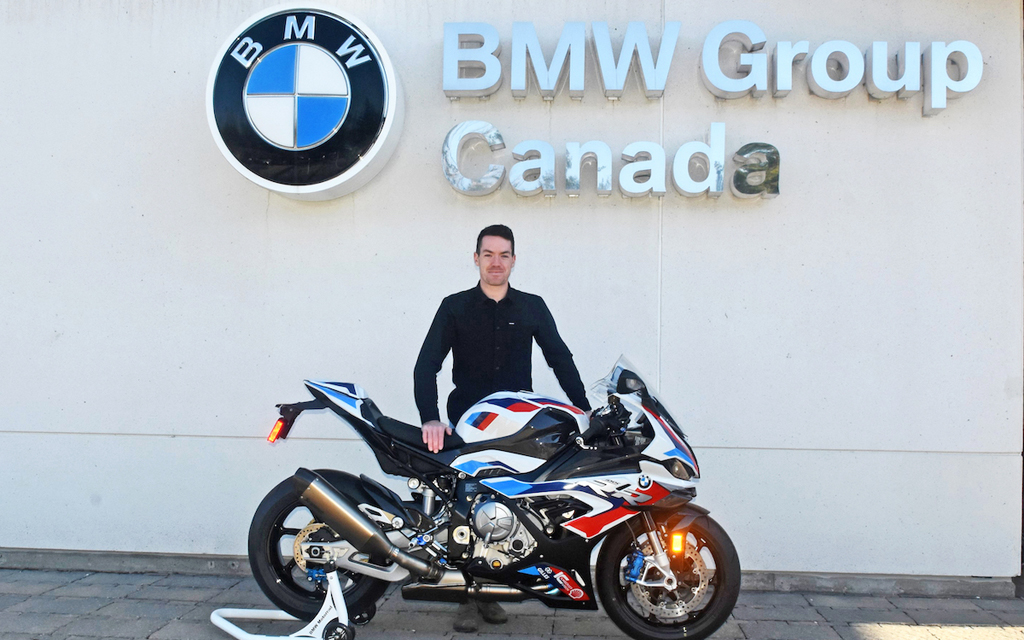 The prize for the trophy is a BMW M 1000 RR for the Ontario rider who finished second in the CSBK Pro Superbike Championship with his BMW in 2021. This opened the doors to the BMW Motorrad Race Trophy for him. A unique virtual competition that brings together private BMW drivers from various international and national championships from around the world. The winner is the one who has the best ratio between the points gained and the maximum number of points in his championship.

Ben Young finished on the podium in all seven races of the 2021 CSBK season, with one win, five second places and a third place. For the trophy, he narrowly edged Roberto Tamburini (ITA) of the Italian National Trophy 1000, and Alexandre Leleu (FRA) of the European Motorcycle Championship.

The participants came from 21 countries in Europe, America, Asia and Oceania.

In 2019, the Scottish-born racer finished seventh. It’s good progress that will allow him to take the start of the Canadian Superbike Championship riding the new sporty BMW, the M 1000 RR, which has been approved for the CSBK in 2022.

“Achieving this is very important to myself and my team,” said winner Young. “After a COVID-19 affected 2020 it is very satisfying to come back racing and reach these goals I set for myself.  I feel like this is a great opportunity for myself and Canadian racing to be recognized on a worldwide stage, and I am proud to be able to do that. It was a great season of racing. It was nice to be back after a year out. Working for the first time with the new generation BMW S 1000 RR was amazing right from the get-go, gaining knowledge every lap we turned along the way. We do plan on racing BMW M 1000 RR next year which for me is like a dream come true. Ever since the bike was released, it was something to drool over and now being able to race it is going to be spectacular!”