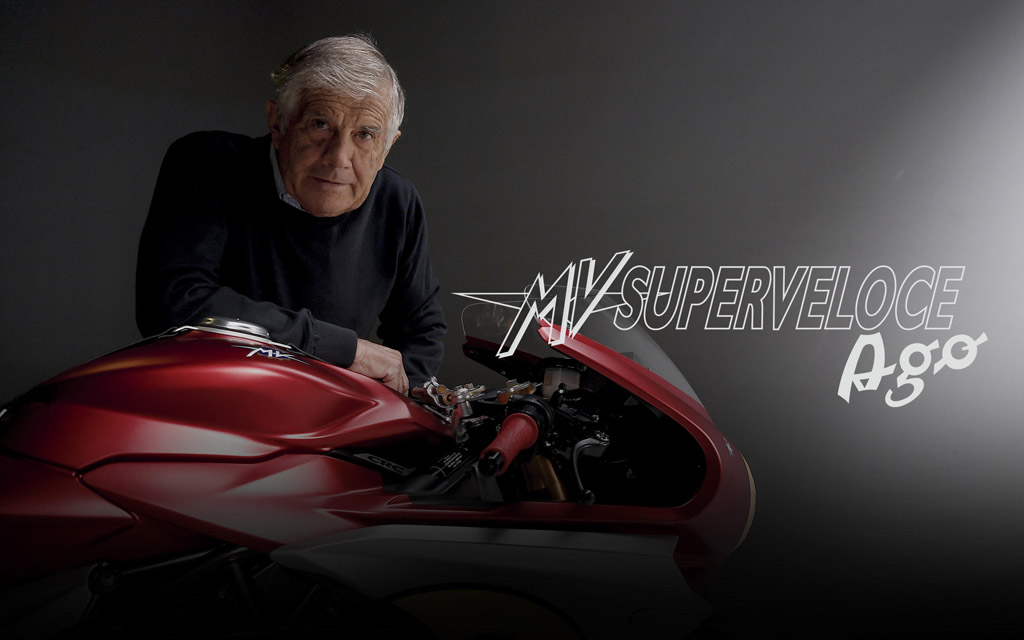 MV Agusta is introducing the new limited series Superveloce AGO, a model celebrating 15 times World Champion and MotoGP™ Legend Giacomo Agostini. It will officially debut in grand style this coming Saturday October 23 at the Misano racetrack, Italy, on the occasion of the Nolan Made in Italy and Emilia Romagna Grand Prix.

Agostini will be back in racing leathers for a historic parade lap, riding the Superveloce named after him. He will be joined by Simone Corsi, MV Agusta Forward Racing Moto2 rider, on his F2 which will be sporting the same livery as Ago’s. In fact, both the MV Agustas taking part in the Moto2 race, will feature the same colour scheme as a tribute to Giacomo’s racing legacy and the new Superveloce.

The Superveloce AGO will be produced in a limited series of 311 units, one for each of Agostini’s career wins, with the first 15 dedicated to his World Championships titles, a record still unbeaten.

All the details of the Superveloce AGO will be officially unveiled on Saturday. MV Agusta fans and motorcycling enthusiasts will discover this truly incredible motorcycle, which the legend himself will present to the world in the best and most spectacular way.