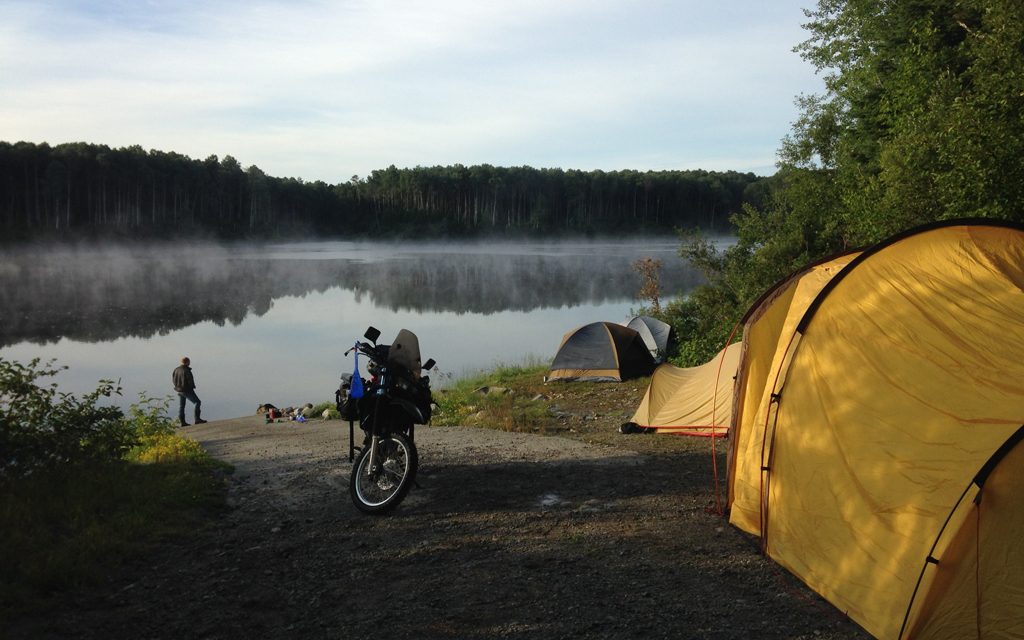 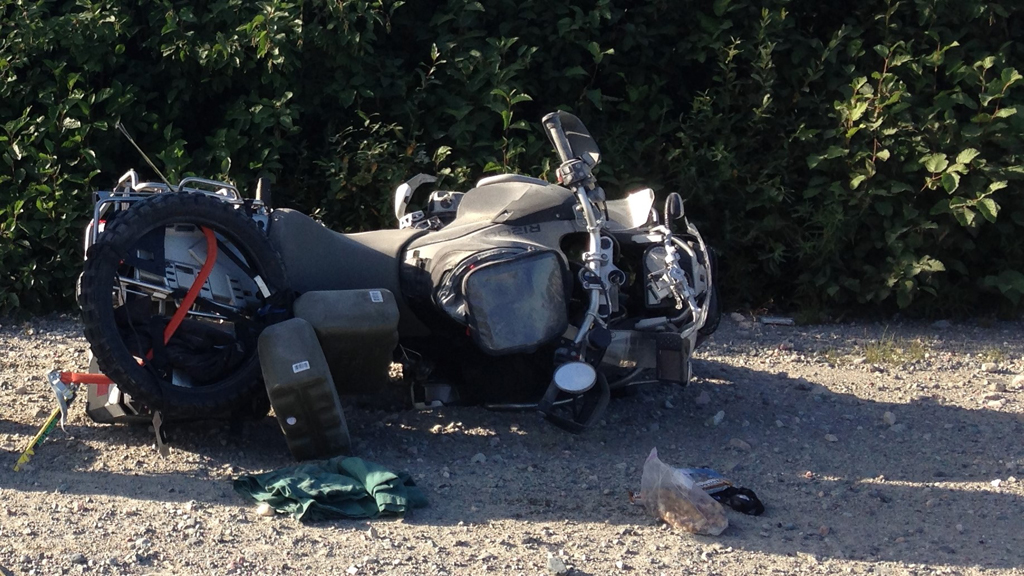 Controls. You’ve got them. That’s what they do.

Once, you had a bar-end-banging tankslapper on the Trans-Labrador Highway. Back to 100 km/h on the cratered hardpack, you let it happen three more times. Sure, you’d never seen that before. But you didn’t die. By definition, then, you were in control.

So when you bring a friend back North, it’s not to go to friendly, historic Chisasibi. You’re going to conquer. It’s going to be the route no one does—the Trans-Taiga Road. Flat. Mere gravel. Gas is the only issue; you can control for that.

Your friend chuckles at the Jenga game of Roto-Pax and rollies piled onto your DR-Z400. He rides an ADV; he’s got luggage covered.

Val D’Or looks like a party town but there’s no time. The lady registering you onto the James Bay Road has great stories but your bikes are running. The 5 a.m. chat with a charming Cree fisherman is revealing; the community boat ramp is a breakfast drive-through, not a platform for overpriced tents. But all that is of no value. It’s not on The Plan.

The Plan is turning right, at kilometre 544, off the pavement. Eight inches of gravel are as solid as slush. At 5 p.m., your campsite is still 200 km away.

You can control for that too. You just ride faster. One-third your friend’s displacement, sure, but half the weight! You knew an enduro was better! The 400 sings the song of the Trans-Lab. You’re in command now. You pass him. In the clouds of glory that billow behind you, his HID lights disappear.

But it’s been a while so you slow. You slow some more. You stop. Alone. Silence.

Suddenly, you know: There is no plan now.

Returning to a crash site is a vacuum in time. There is no progress forward. There is no way to rewind. There is no map to explain the space you have just entered. Just timid, blind curves back. One, another, more. None of them revealing your friend.

The tire tracks explain what the riders had ignored. Yours, the feathery ruler-line of luck that had carried you along. His, perverted S-shapes that suddenly twined against each other like snakes. Right left right left. Then his track entirely, definitively, vanished. Nine hundred pounds of BMW, gear, and pilot had left the planet.

Forces. They’ve got you. They do what they do.

A kitten’s worth of aggregate had moved his front wheel one breath to the left. The rear had leapt to follow, startling the front too far right. Back and forth, the breath-widths exploding into gasps until the left cylinder head finally dug deep. Millions in engineering, years of experience, and weeks of planning had pole-vaulted into space.

It was a random moment. One happening among an infinite number of simultaneous universes. The nearby cottonwoods could have buried any body that pitched off that six-foot-high road. That tractor trailer could have finished the job, all eighteen wheels drifting the narrow curve as it blew past and didn’t stop. The two-hour wait for the authorities could have been too long.

But that’s not how it happened. Yes, the satellite phone had just been an afterthought. Yes, the medevac insurance had seemed unmanly. Yes, he wore the top quality gear we had forever mocked.

But these accidents collided into an unlikely result: At 90 km/hour, as his vehicle barrel-rolled into entropy, the high-side flew the rider beyond it but not off the road. Not that road, not that day. His Cordura ploughed a pillow into the gravel. And he, bizarrely, just stood up.

That’s how I ride, I guess. It’s how I’ve always ridden, I suppose. But I know it now. Eyes on the horizon but hands loose on the bars.