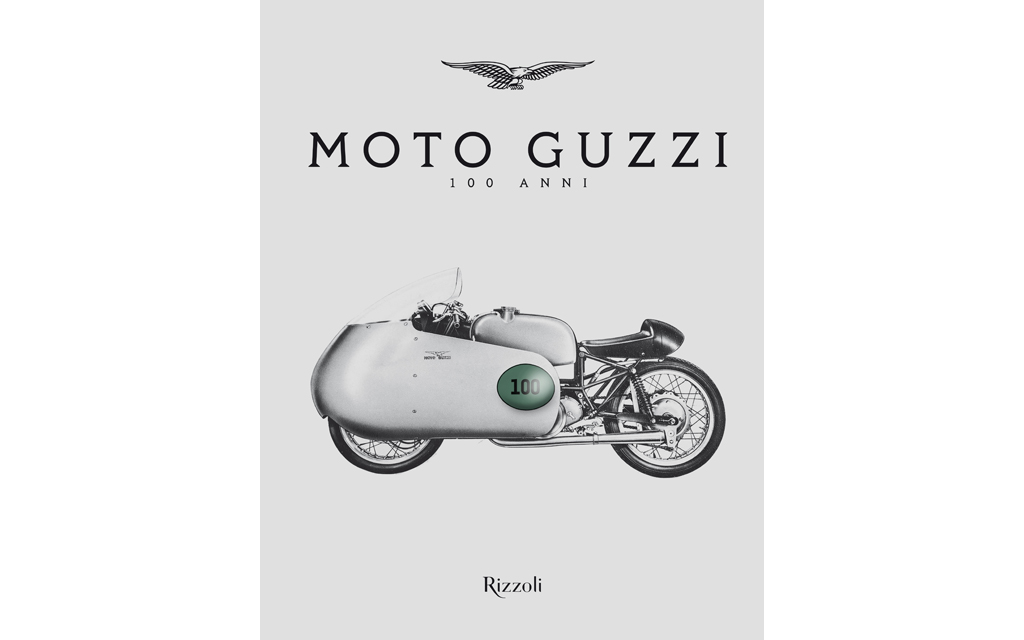 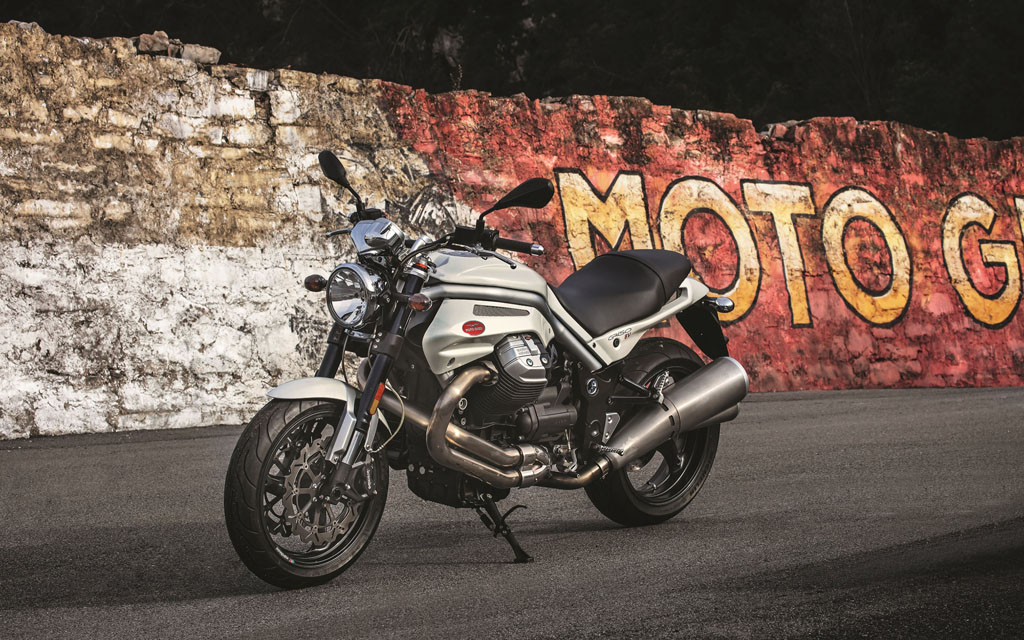 Presentation of Moto Guzzi 100 anni, a celebration of the legendary eagle brand in a collector’s volume published by Rizzoli

THE BIKES AND THE LOVE OF MOTORCYCLING, PORTRAYED DIRECTLY BY THE PROTAGONISTS AND ILLUSTRATED BY A SPLENDID SELECTION OF PREVIOUSLY UNPUBLISHED PHOTOS

Moto Guzzi 100 Anni, a book published by Rizzoli Illustrati to celebrate the legendary eagle brand, one of the world’s most innovative, best-loved and well-known motorcycle constructors, in its centenary year, has been presented in Milan. The elegantly bound volume spans a century of history with contributions from ten distinguished international figures celebrating their devotion to Moto Guzzi. Illustrated with a wealth of previously unpublished images, the book is a collection of contributions from ten well-known figures with different backgrounds, personal histories and careers, who describe their passion for the impressive Italian motorbikes.

The result is a testimonial to the unique standing of Moto Guzzi, a brand that, one hundred years after its debut, continues to embody the values of its far-sighted founders. Since 1921, every single Moto Guzzi bike that has gone out on the world’s roads has been assembled by hand, with loving craftsmanship, in the factory in Mandello del Lario. This deep authenticity is the distinguishing characteristic of every Moto Guzzi motorcycle, and a value recognised and shared by the ten contributors from around the world: a famous actor, a writer, three journalists, an astronaut, a world-famous architect, a Harvard professor, a DJ, a great designer. From London to Hollywood, Tokyo to Sardinia, Vermont to Mandello del Lario. A thread binding individuals who love Moto Guzzi and what its motorbikes stand for, a passion that has created a common language among people from such distant places and with such different stories.

Moto Guzzi re-traces its first one hundred years with the words of these distinguished contributors, as it prepares for the next one hundred, backed by a success that has kept it young. A completely renewed range of motorcycles deploying state-of-the-art electronic riding technology and a host of projects in the pipeline are taking Moto Guzzi into a future that promises to be just as brilliant as its fantastic past.

The Moto Guzzi century is a moment of great pride for all Italian industry and the celebration marks a story that has always been lived looking ahead, with a capacity for innovation while keeping faith with the company’s talents and traditions. It has been a century of magnificent motorcycles, victories, adventures, extraordinary people. Moto Guzzi has scored triumphs on all the world racetracks, conquering 14 World Championship titles. It was the motorbike of the speed records, the symbol for the growth of a whole nation, the motorcycle of Italy’s police force and army, a vocation it extended to the international stage by equipping the Californian police department and, more recently, the police forces in Berlin and many other European cities. It has also always been the motorcycle of the Corazzieri, the elite guard of honour of the President of the Italian Republic. Moto Guzzi has accompanied Italy’s economic rise and social development, its motorbikes are part of popular culture and continue to inspire passion in thousands of bikers around the world today.