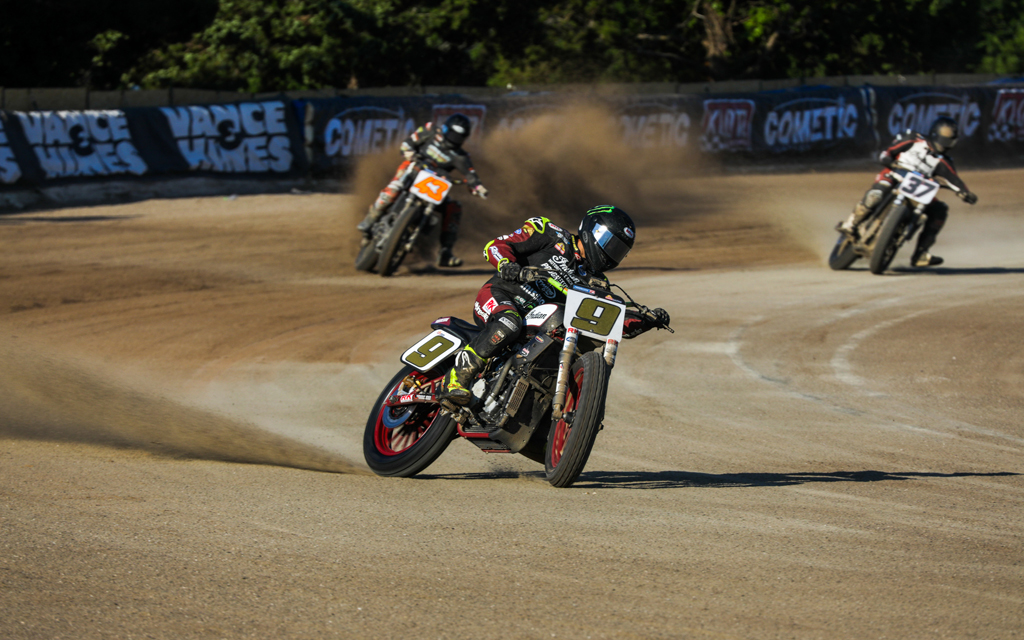 Robinson was sidelined for the past three weeks, after an injury at Joliet back on May 29. Nursing a bad knee, Robinson dealt with the rough conditions at the Remington Park venue while holding his own. A hot Briar Bauman finished in second place, after back-to-back event wins in Fort Worth and Joliet.

With a third place finish last month in Chicago and in Friday night’s event, Mees came into Saturday with a chip on his shoulder. Mees ended up on top of the Mile II event, winning his second race of the season. This win was Mess’ 4th career victory in 5 appearances in Oklahoma City.

The multi-time Grand National Champion Mees got off to a great start from the opening lap and never looked back. Friday’s victor, Robinson, got a great feel for the track but didn’t get a good starting position. Again, Robinson found himself battling the pack and ultimately clawed his way to a second place finish, ahead of Briar Bauman.

Through seven races, Robinson, Mees, and Bauman all have two wins a piece. With second and third place finishes in Oklahoma City, Bauman is still atop of the leaderboard with 114 points. Two points separate Robinson and Mees, who have 107 and 105, respectively. Jarod Vanderkooi, who made consecutive fourth place finishes this weekend, also sits in fourth with 93 points.

The 2021 AFT season will continue on Saturday, June 26, at the Lima half-mile. For more information on Indian Motorcycle Racing, visit IndianMotorcycle.com.