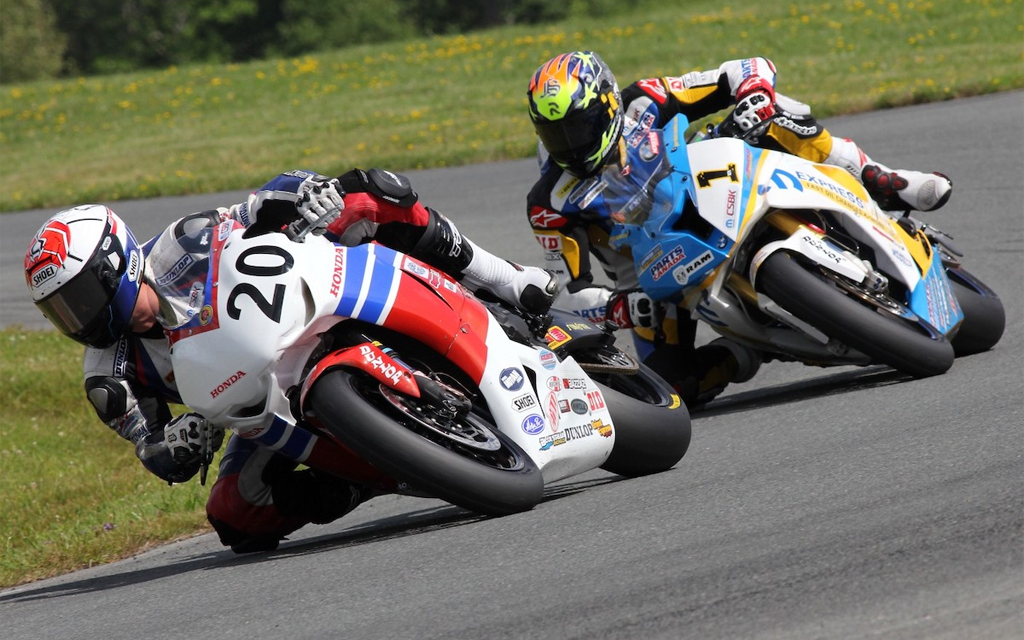 The Canadian National Superbike Championship, CSBK, has cancelled their 2021 event schedule for Atlantic Motorsport Park, near Shubenacadie, Nova Scotia. The east coast National would have been the fourth event of the 2021 tour.

The races, sponsored by Pro Cycle of Dartmouth, N.S. and organized in conjunction with the local Society of the Atlantic Roadracing League, were planned for July 30, 31 and Sunday, August 1.

CSBK expect to replace this round during the summer of 2021, and a planned schedule update will be provided when details are available.

The National round at “Shubie” has been a popular part of the National tour for more than four decades and had a successful run of twenty-one consecutive years before the Covid-19 pandemic forced the cancellation of the 2020 race last spring.

Atlantic Motorsport Park is a unique race venue, built on rolling hills with 11 turns over the course of each 2.5 kilometer/1.65-mile-long lap.  The undulating back straight is known as the “roller coaster.”

The CSBK tour plans to return to Shubenacadie’s scenic Atlantic Motorsport Park in the summer 2022.

“We’re very sorry that we couldn’t work out a way to ensure our east coast event,” explains CSBK boss Colin Fraser of Professional Motorsports Productions in Toronto, ON.  “The Atlantic races are immensely popular with our competitors, as well as fans and television and video viewers.

“Unfortunately, with the worsening situation regarding the third wave of the pandemic, and the large number of competitors and crew from western provinces planning to travel, it became impossible to be sure of having all the key requirements safely in place.  We appreciate all the effort that goes into staging this event, ironically even more effort than usual in a year when we ultimately had to postpone our National until 2022.”

Motorcycle and powersports dealer Pro Cycle has sponsored the eastern-most National events on-and-off since Pro opened in 1983 and have more recently provided the stability required to keep the CSBK events viable.  Pro Cycle offer a wide range of service and accessories, and offer new Honda, Kawasaki, Suzuki and KTM equipment at their 27,000 square foot facility just up the hill from Ikea.

Atlantic Motorsport Park was constructed by an enthusiastic group of volunteers in 1974 and hosted a wide variety of events including Formula Atlantic and sports car auto racing.  By far the most successful visiting event held at A.M.P. is the CSBK series, the tour tracing their origins all the way back to July 5, 1981.

That day, reigning Canadian National Superbike Champion George Morin of Mississauga, ON, took the rain-delayed main race win on his CAM2-Suzuki GS1000S.  Morin earned the distinction of being the first-ever Canadian overall Superbike National Champion the previous year, in 1980, for Kawasaki.

The circuit’s outright motorcycle track lap record belongs to 2011 CSBK National Champ Brett McCormick of Saskatoon, SK.  In 2009, riding for the Picotte-Blackfoot Suzuki team on a GSX-R1000, McCormick ran a lap during SuperPole qualifying at 1.06.031. The best recent race record lap was set by 14-time CSBK overall Champion Jordan Szoke of Lynden, ON, in 2018 on an Express Lane BMW S1000RR, at 1:07.812.