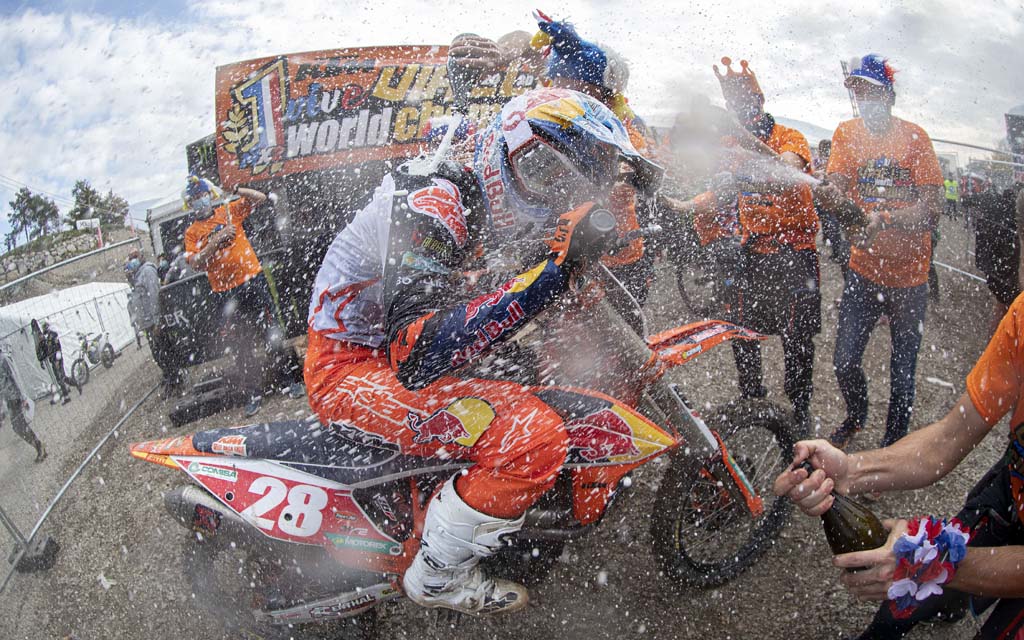 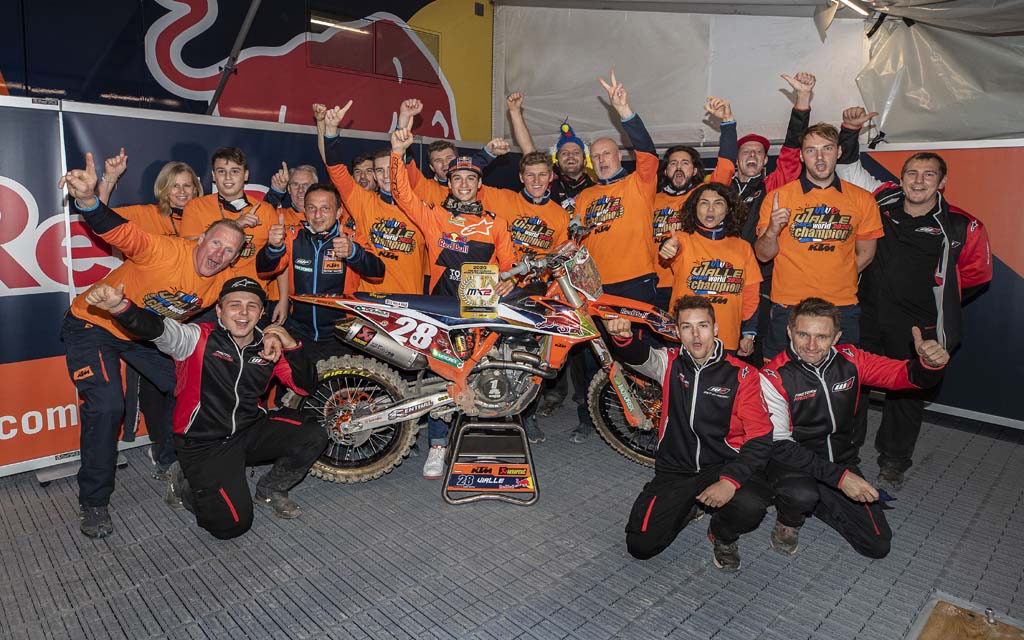 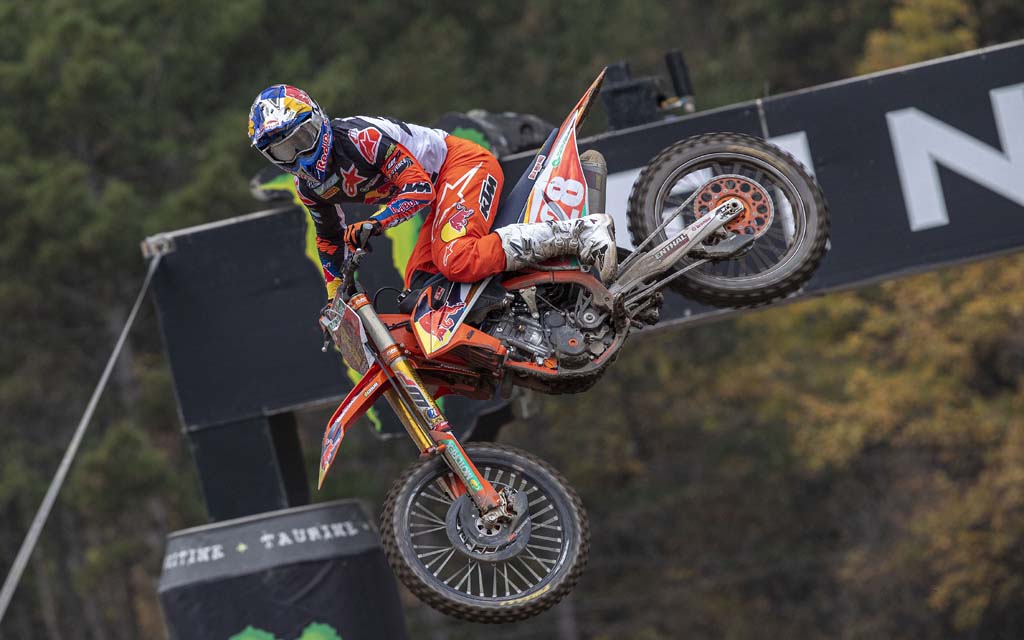 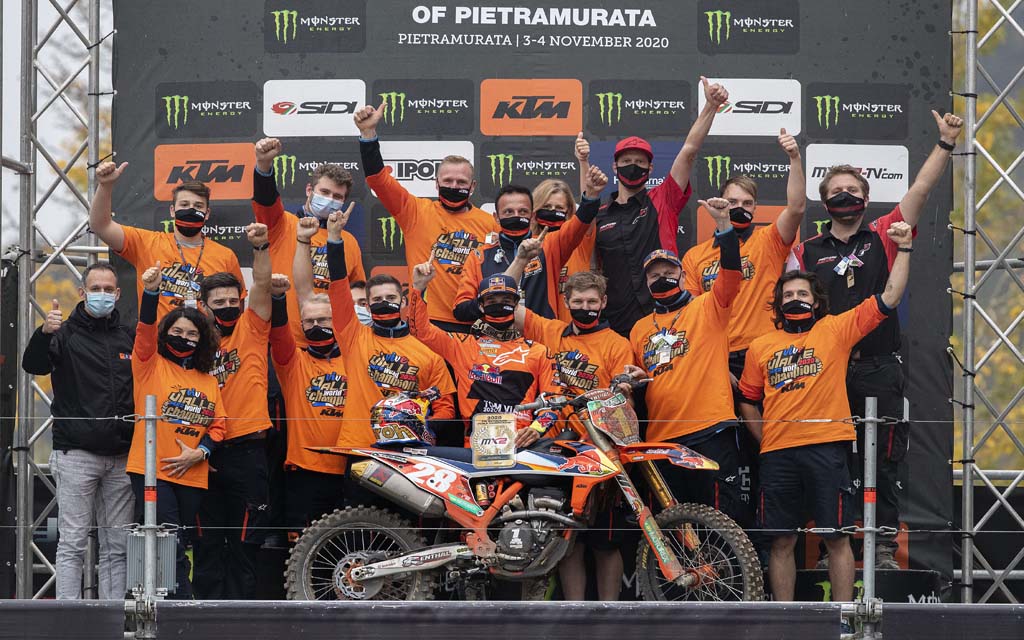 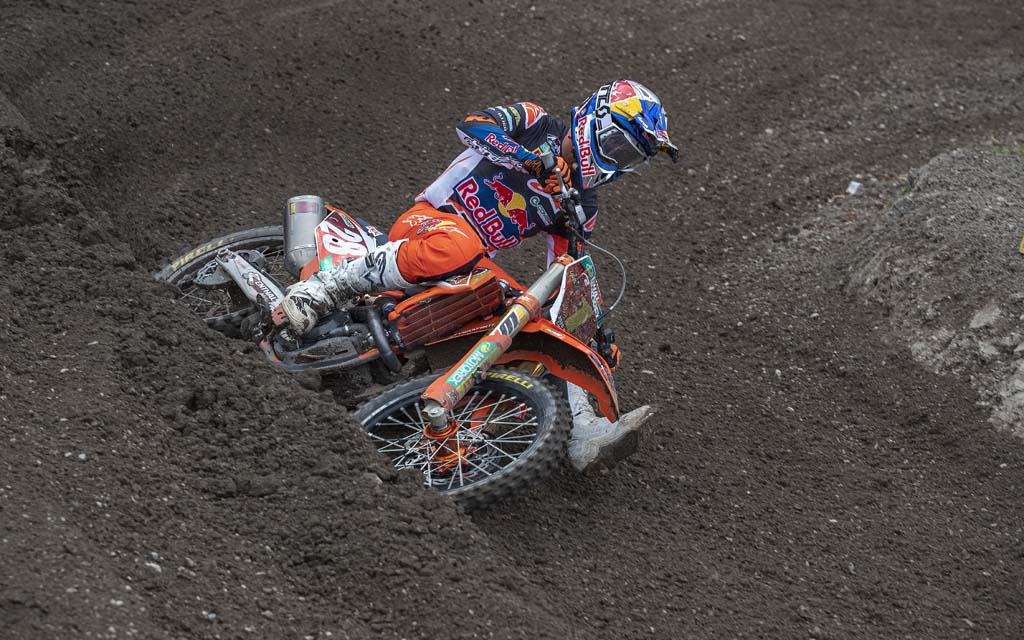 Vialle continues a rich MX2 history for KTM as the ninth rider to win a championship title in the lower capacity class aboard a KTM 250 SX-F. The Frenchman, who came into the penultimate round of 2020 with a sizeable points lead, took a dominant win in the opening moto at the picturesque Italian track to secure an emotional first world title.

In only his second term racing at Grand Prix level, 20-year-old Vialle has demonstrated incredible talent and maturity in his approach throughout the 18-round championship. In a year of difficulties due to the global pandemic, Vialle’s strong start to 2020 was halted when MXGP racing was abruptly paused after just two rounds back in early March.

The Frenchman returned for round three in Kegums, Latvia in August to win his second Grand Prix of the season, ahead of an intense schedule of races in the weeks following. The KTM star battled hard with the MX2 competition, scoring consistently strong results to earn a comfortable lead thanks to his seven Grand Prix overall victories heading into the final triple-header of the year.

With 13 moto wins and 13 podiums so far this season, Vialle sensationally put his name in the history books by clinching the 2020 MX2 World Championship title to add to KTM’s outstanding success tally. The Frenchman’s victory confirms KTM’s fifth consecutive title in the category, with 13 championship victories in 17 years of MX2 competition for the Austrian manufacturer.

The final race of the season will take place this Sunday, November 8 at the Pietramurata circuit in Arco di Trento for the MXGP of Garda Trentino.

Tom Vialle – FIM MX2 Motocross World Champion
“I’m so happy but there have been a lot of emotions today. I was a bit angry with the verdict (in qualifying) this morning but to make the holeshot and lead the first moto was fantastic. I was almost crying on the last lap. There was so much emotion. It was really special. Crazy. In the second moto we had some bad luck, but the important thing is that we achieved our goal. I want to say a big thanks to the whole team and everybody who worked together to make this happen. It was tiring to have a lot of races so close together and also keep the concentration through the training. I think we did it pretty good.”

Dirk Gruebel – Red Bull KTM Factory Racing Team Manager
“Tom showed his potential in his first year with us in 2019. There was real progression, but then over the winter he made another big step to be a title contender and world champion. He didn’t look back. He doesn’t get nervous. He had real competition, but Tom finished every race in a good spot, mainly in the top five, mostly in the top three. That’s the key to being world champion and now we are here celebrating. Hats-off to him and his family, it’s unbelievable. We are known for having a fast 250 – also a 450! – but I still think we have the benchmark in MX2 for everybody and Tom is another rider who knows how to make starts with it. It’s a really good motorcycle and we’ve been winning since 2004 with that concept. Tom being the ninth world champion shows its quality.”

Robert Jonas – KTM Vice President Motorsports Offroad
“It’s been fantastic to see Tom grow with the team over the past two years and ultimately win the FIM MX2 Motocross World Championship; his maturity and approach to what has been a season of challenges with a lot of uncertainty has really paid off. Despite the natural pressure he had personally to step up again after his results last year, Tom has kept calm to make it happen week by week and our KTM 250 SX-F is proven once again. I wish Tom and his family huge congratulations for this incredible achievement, as we share this special moment together. I would like to congratulate Joel, Dirk and the entire Red Bull KTM Factory Racing team for their fantastic work with Tom to help nurture his talent and unlock his potential. To take a victory is never easy at this level, and we know 2020 has been a big challenge for everyone with a different type of intensity – but we are proud to have come through and to be celebrating this championship win.”