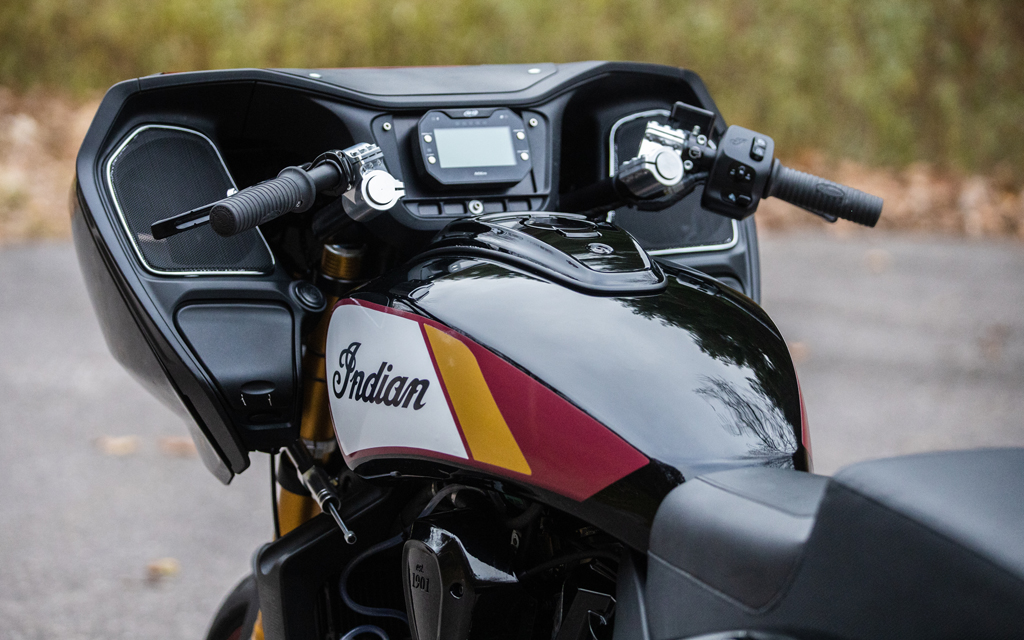 Take on An Entire Field of Harley-Davidsons

Indian Motorcycle and S&S Cycle today announced a collaboration to race an Indian Challenger at the inaugural Drag Specialties King of the Baggers invitational at Laguna Seca Raceway. The modified Indian Challenger will be piloted by the highly-decorated racing champion Tyler O’Hara.

Among the 14 teams invited to the first-ever King of the Baggers race, S&S is the only Indian Challenger entry. Set to face off against a field of 13 Harley-Davidson baggers, the appropriately-named Indian Challenger boasts superior out-of-the-box performance, including a best-in-class 122 horsepower, an inverted front suspension, and a hydraulically-adjustable FOX® rear shock.

“When the Indian Challenger was released last October, it set a new standard for performance-oriented, stock baggers and offers the ideal platform, from which to base our race modifications,” said Paul Langely of S&S. “That said, we’re leaving no stone unturned when evaluating the modifications needed to be successful at Laguna Seca.”

“I’m thrilled to not only be racing in the King of the Baggers event, but to be piloting the only Indian Challenger in the field. It’s an incredible opportunity for me, and I expect it will be a ton of fun,” said O’Hara. “The Challenger is a remarkable machine in its stock form, but I know the S&S team will be working its magic to give us the best chance to be successful come race day.” 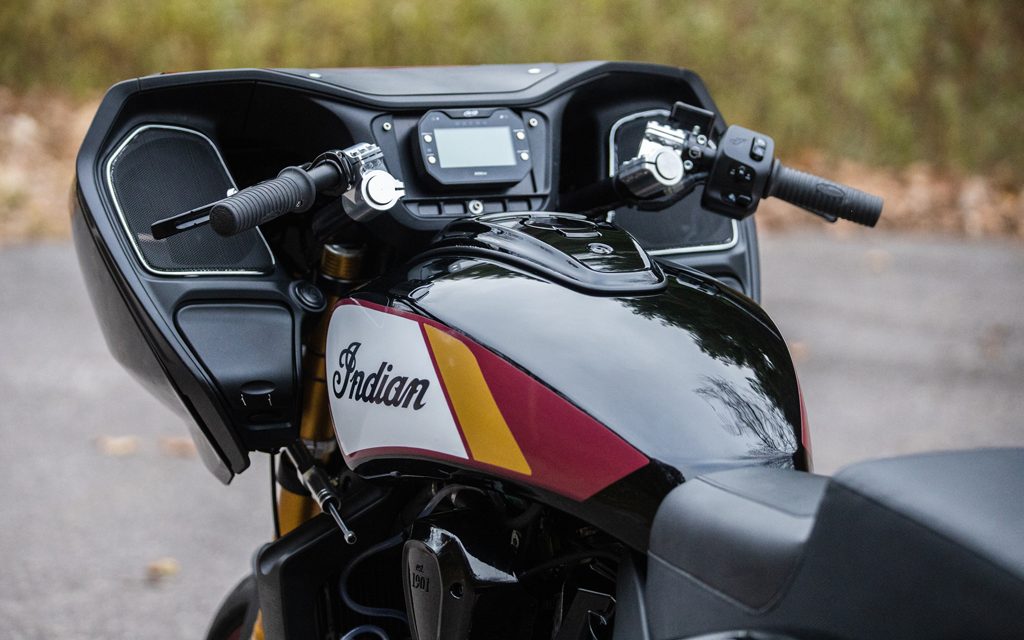 “Just like the rest of the racing community and motorcycle industry, we cannot wait to see 14 baggers ripping around Laguna Seca,” said Gary Gray, Vice President – Racing, Technology and Service for Indian Motorcycle. “That said, we’re extremely proud to be the lone Indian Motorcycle in the field, partnering with our friends, the elite innovators at S&S.”

Facing a field of nothing but Harley-Davidsons, King of the Baggers serves up a compelling extension of Indian Motorcycle’s Challenger Challenge program, a mobile demo tour and dealer test ride program that encourages motorcyclists to test ride the Indian Challenger, head-to-head against the Harley-Davidson® Road Glide® Special.

For more information and ticketing for the Drag Specialties King of the Baggers, visit MotoAmerica.com. Learn more about S&S Cycle at SSCycle.com, and Indian Motorcycle at IndianMotorcycle.com.