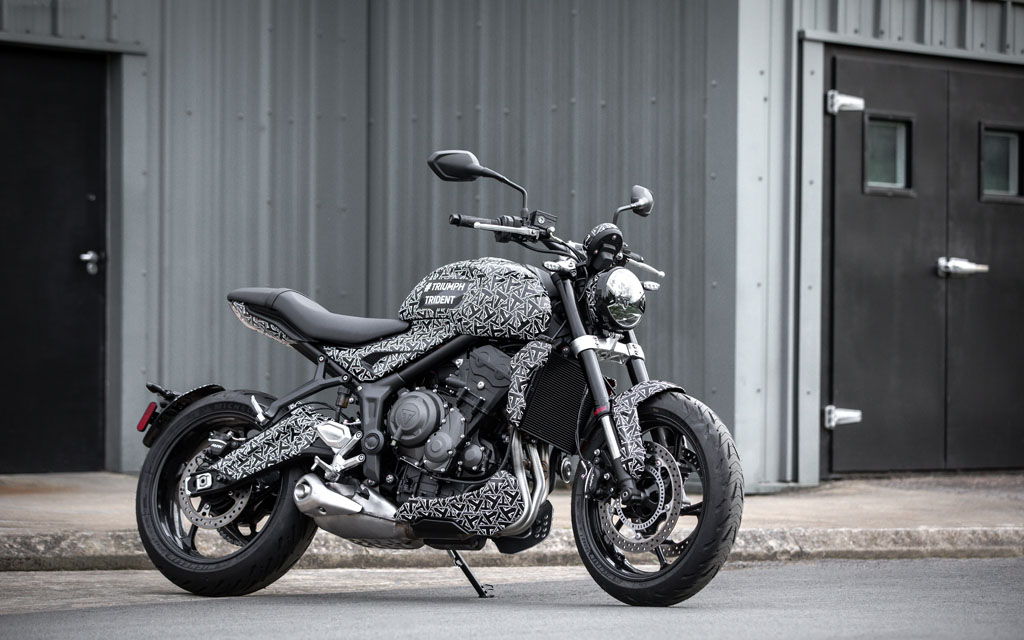 Introducing a new triple-powered dimension to the competitive middleweight roadster world. The Triumph Trident test photography shows the all-new model to come in its final stage of testing, in and around Triumph’s HQ in Hinckley UK, where the new Trident has been designed and developed. 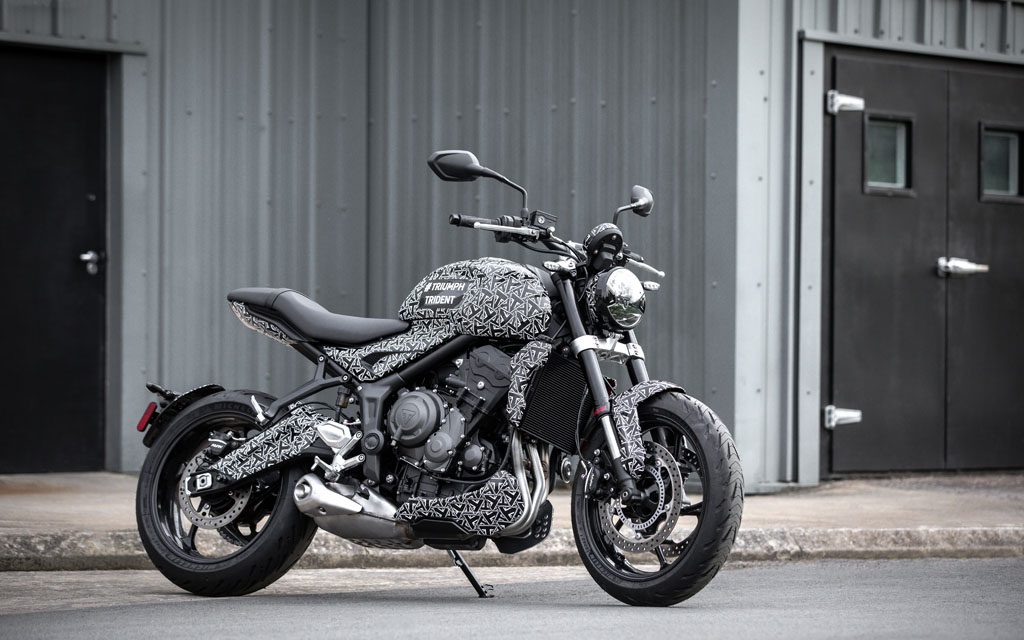 Following the reveal of the Trident design prototype at the London Design Museum in August 2020, the test photography showcase represents the last stage of development prior to the launch of this all-new Triumph. Photographed during its final road test phase, near Triumph’s global headquarters and design facility at Hinckley in the UK, the test motorcycle carries Triumph’s test livery scheme and a #TriumphTrident decal, where followers of the hashtag can learn more about this new model as details are revealed.

The images showing the camouflaged Triumph Trident mark the completion of a four-year program of an original British design developed at Triumph’s headquarters in Hinckley.

Through the final testing stages the Triumph product team has been fine-tuning the characteristics that will make the new Trident the first choice for a new generation of Triumph riders: bringing all the advantages of a Triple to the category, with class-leading technology as standard, and an agile and rider-friendly chassis and ergonomics.
As announced during the press reveal at the London Design Museum, the Trident will be available in Spring, 2021, and will be competitively priced to deliver great value to both expert and new riders.

The date and time of the full reveal of the new Triumph Trident will be announced in the coming weeks.