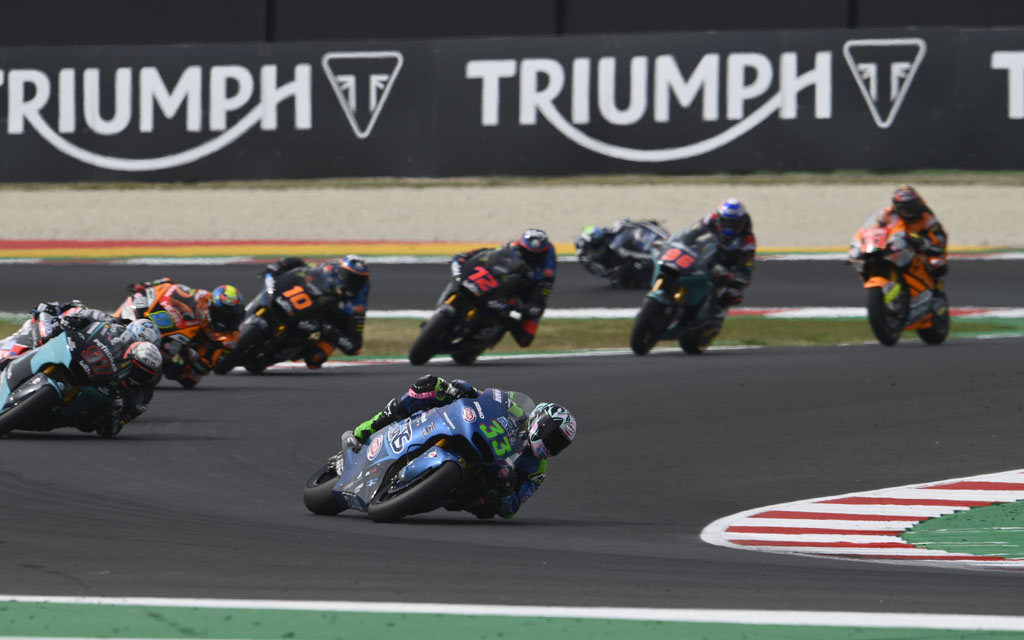 A look back to the last race – Emilia Romagna Grand Prix

• Last weekend’s race was the second in a row at the Misano circuit. During the first race a clean sweep of lap records was set, but remarkably during the second race the lap record was beaten again by almost a full second, helped by Dunlop bringing a softer compound tyre
• The Emilia Romagna marked the third race in a row where a full set of records have been broken this year: race lap record, overall record and best top speed
• Enea Bastianini took his third victory of the season to make him the winningest rider of 2020, although Luca Marini’s consistency sees him at the top of the championship standings still

A look to this coming race – Grand Prix of Barcelona

About the Triumph Triple Trophy #PoweredbyTriumph

The Triumph Moto2™ 765cc race engine is a development of the class-leading Street Triple RS 765cc road motorcycle and produces more than 140PS and the same visceral soundtrack.